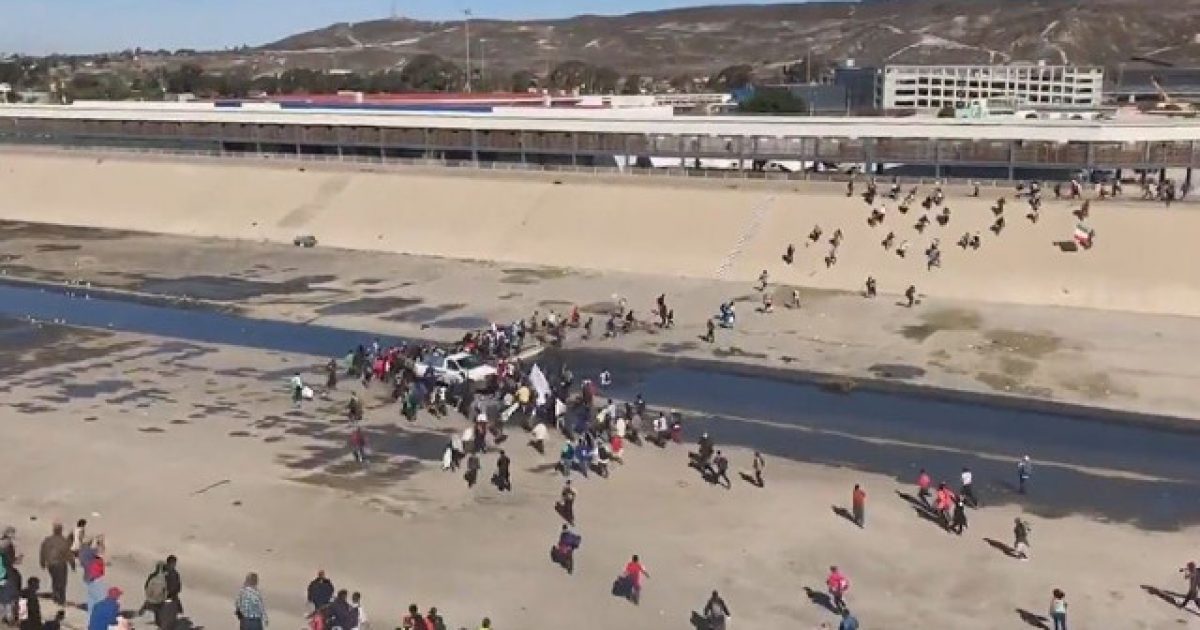 The migrant caravan that is demanding to be let into the United States at the southern border is being led by a suspected terrorist, according to a new report.

The man is suspected of committing a terrorist attack in Latin America more than 30 years ago and is now the head honcho of the group of migrants who want asylum or $50,000 each to return home.

Yes, that’s right. These folks are breaking the law and demanding us to pay them to stop. And people wonder why we’re not eager to open our doors to these individuals?

Alfonso Guerrero Ulloa, who organized a group of roughly 100 migrants to the U.S. Consulate in Tijuana, Mexico, is accused of being involved in a 1987 bombing that injured six American soldiers in Honduras. The San Diego Tribune-Union reports:

Ulloa claims he was falsely accused of attacking a Chinese restaurant in Honduras in 1987. He has been living outside Honduras for 30 years, according to an online petition he wrote asking the U.S. government to exonerate him.

The group of migrants that Ulloa led to the U.S. Consulate demanded in a letter that they either receive immediate asylum or $50,000 each to return home along with the removal of U.S. economic and military interests in Honduras, which they blame for the nation’s current poor conditions.

In October 1987, The New York Times reported: “Mexico has granted permanent asylum in its embassy here to a man suspected of planting a bomb that exploded in a Chinese restaurant in August, slightly wounding six United States soldiers and a Honduran civilian.”

As if we needed another reason to deny these folks access to our country. The bottom line is, we’re a nation of laws. If we don’t enforce these laws fairly, across the board, and hold all accountable for their actions, then what good is it to have laws and rules in the first place?

If the individuals who make up the migrant caravan really wanted to be here in America, they would be coming in the right way. But they aren’t. They don’t care about our society or our laws. They simply want to mooch off the system, drain our resources, and get what they need for themselves.

Many of these people are dangerous criminals. Like their terrorist leader for example. This man wounded an American soldier. Why should we allow him inside the United States? We shouldn’t.