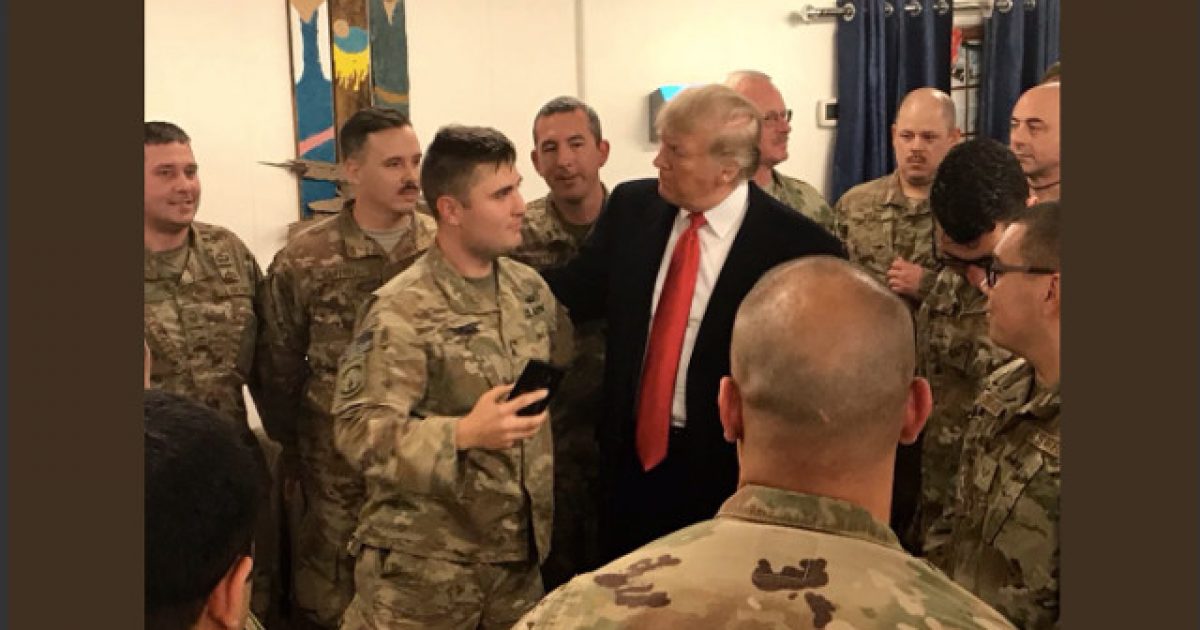 White House Press Secretary Sarah Sanders shared a story about a powerful moment that transpired between President Trump and a U.S. soldier during his surprise trip to see U.S. troops stationed in Iraq.

The story recounts how a soldier decided to reenlist in the Army after Donald Trump won the 2016 election, to which Trump replied, “And I am here because of you.”

Powerful moment – Member of United States Army told the President he came back into the military because of him. And President Trump responded, “And I am here because of you.” I met him after and he gave me the patch from his arm. Incredible. #TrumpTroopsVisit pic.twitter.com/WmQf3b2K8X

Sanders added that after the Army member’s meeting with Trump, he gifted her with a patch on her arm that reads, “Brave Rifles.” The “Brave Rifles” is a nickname for the 3rd Cavalry Regiment of the U.S. Army stationed at Fort Hood, Texas.

The trip to Iraq was President Donald Trump’s first time visiting a war zone as commander-in-chief.

This goes to show you that, despite what the media might tell you, President Trump is having a positive impact on many folks from all walks of life. It’s wonderful to see folks responding this way to his leadership, which is a stark contrast to what you see on the news.

Please take the time to say a prayer for the brave souls who don a uniform every single day in a combat zone and seek to preserve our liberty and freedom from the forces of evil that plague our world.

Without these individuals, our way of life would be destroyed and consumed by our enemies.