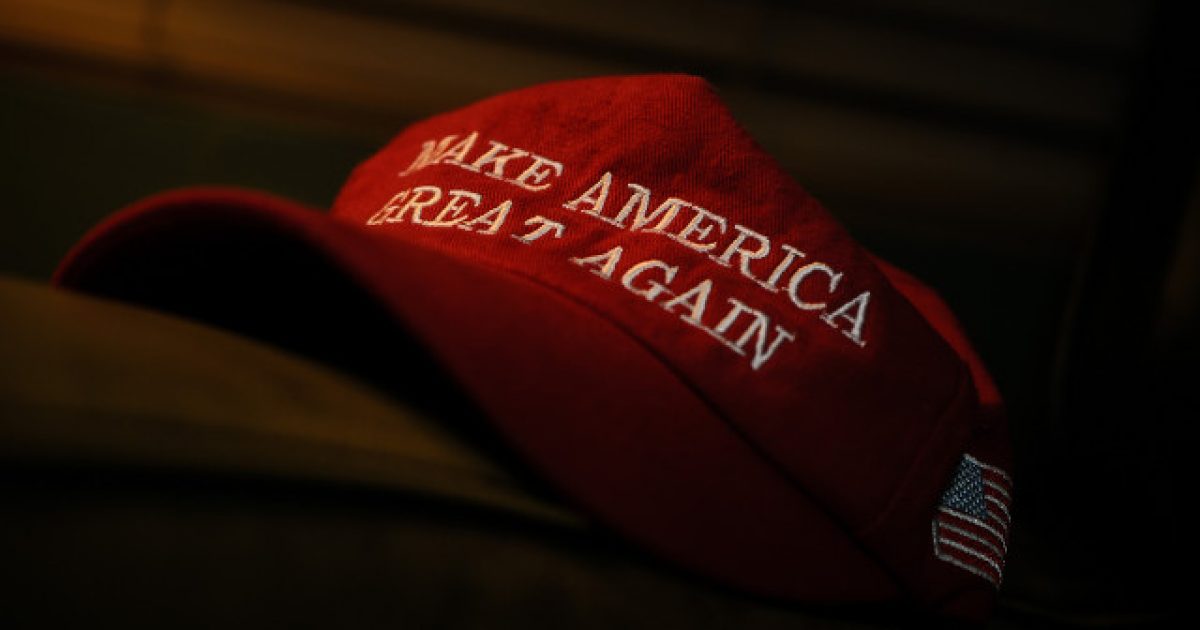 A female graduate student attending Harvard University was asked to move out of her apartment by the owner after roommates searched her room and discovered she owned firearms.

The reason for the search? She owned a MAGA hat.

Her guns are legally owned.

Leyla Pirnie had been living in her apartment with six roommates since September. She told The Washington Free Beacon:

A few weeks ago, I came back to my apartment from a weekend trip and was confronted by one of my roommates who asked if I had guns in the house. After being told far too many lies to count, my roommates finally admitted that they searched my closet, under my bed, and all of my drawers in pursuit of finding my guns.

When I asked them why they were in my room to begin with, they each came up with completely contradicting stories (none of which made any sense), but one comment struck me in particular: “We saw that you had a MAGA hat and come on, you’re from Alabama… so we just kind of assumed that you had something.” I asked why they didn’t just call me and ask me before intruding. One of the girls responded that fear took over her body and she felt compelled to search my room until she found proof… I cannot make this up.

One of the roommates emailed Dave Lewis, president of Avid Management, arguing that Pirnie left her guns unlocked:

As we understand it from speaking with Leyla, the firearms are all properly licensed and permitted, but are kept loaded and unlocked … We all discussed her right to keep legal firearms in a lawful manner, although we all discussed our discomfort about having firearms in the house which we in turn hope she respects. We discussed with Leyla that all of us are uncomfortable with having firearms in the house, and that their presence causes anxiety and deprives us of the quiet enjoyment of the premise to which we are entitled.

Lewis responded with an email in which he started by pointing out the local captain of the police department determined Pirnie had indeed kept her guns locked up, writing:

I’ve consulted my attorney and have had several conversations today with Captain Donovan of the Somerville Police department, who at my request and Leyla’s invitation, this afternoon was allowed to inspect the premises and the storage of the firearms in question and have determined that they are being safely and legally stored under lock and key. In addition, the captain affirmed that Leyla is in compliance with state laws and has an interview scheduled with him on December 11 as part of her permit application to possess the firearms in her home.

That being said, it’s clear that the rest of the housemates are extremely uncomfortable with the idea of firearms being kept in the household and this difference in philosophy and lifestyle has led to an uncomfortable level of tension and stress for the entire household. Consequently, since it’s clear that Leyla wants to keep her firearms, it would be best for all parties if she finds another place to live.

Pirnie commented to the Beacon, “What I find uncomfortable is coming home to find out that six people I barely know went into my bedroom without permission and went through every single one of my drawers, without any regard to my privacy whatsoever. My landlord’s e-mail, though carefully crafted, showed tremendous prejudice against my right to legally have firearms.” She explained that she had told her roommates that one reason for her owning firearms was that she had been in a physically abusive relationship. She said, “Nobody has bothered to question, ‘Well, why do you want to have protection? Could it be because you’ve experienced something where you need to protect yourself as you see fit?’ I have a real and legitimate reason as to why I want to protect myself.”

Pirnie and her father initially rejected Lewis’s request for her to move out, as she was currently in the middle of studying for final exams. Lewis then responded by stating that if she stayed, her roommates might decide to bail out, leaving Pirnie solely responsible for the $6,000 a month rent, unless she managed to get new roommates.

This is absolutely ridiculous. If this young lady has properly secured her firearms in a safe and legal manner, what is the big deal?

There are only two possible explanations for the way her roommates are treating her. One, they are a product of a modern culture that has instilled an unhealthy fear of firearms into young people by spreading misinformation about shootings and how guns operate. Two, they have an ideological hatred of guns and the Second Amendment, thus they are using fear as a means of exercising their own deeply held belief and punishing Pirnie exercising her right to bear arms.

And of course, it’s likely that both of these are true to some degree. Liberals are the worst kind of fear mongers out there and they have been on a campaign for years to create fear and panic about guns while spreading false information, all in an attempt to pass some sort of strict gun control and ultimately a ban.

Why do liberals want guns removed from the hands of law abiding citizens? It’s easier to enforce big government regulations when an unarmed person is staring down the barrel of a gun.