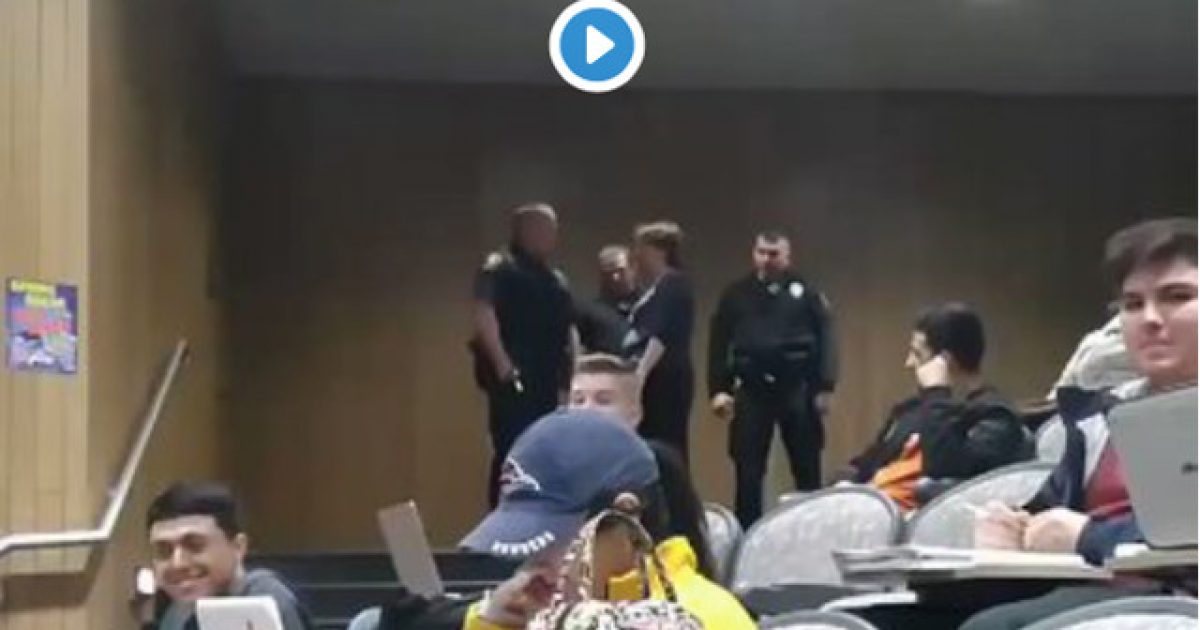 A white instructor teaching biology at the University of Texas-San Antonio had to repeatedly warn the students in her class to behave themselves, which in and of itself is incredibly sad, given the fact these folks are grown adults.

However, the school did not seem pleased with her actions, as they booted her from the classroom and is forcing her to attend classroom management training.

This is everything wrong with the higher education system in America.

The University of Texas-San Antonio cleared Anita Moss of showing racial bias toward a black student, who has a history of being disruptive, by calling campus police on her.

But a second investigation faulted the senior lecturer for telling students throughout the fall semester to “be respectful in class” by keeping their feet off chairs, putting away their phones and not talking.

Moss even asked one group of students to separate for the rest of the semester, as they were causing constant disruptions, according to the report by Howard Grimes, interim dean of the College of Sciences.

The student whom Moss called the police on never filed a complaint and has since apologized to the instructor for her behavior.

Moss (left) may have escaped sanctions altogether, including three years of probation, if not for another student who posted video of campus police leading away the disruptive student.

According to the same report, Moss has no history of classroom mismanagement and is labeled an “excellent professor” from the site RateMyProfessor.Com. This is a site where students rate their instructors to ensure they choose someone who will provide them with a quality education.

Students interviewed on campus shared that same sentiment with some of them going so far as to say Moss was the best instructor they had at the university.

Of course, in the court of public opinion, which these days means social media, folks who weren’t even involved in the situation nor understood the context, took the video of the situation and drew their own conclusions.

“[A] girl had her feet up and the professor called the police after calling our class uncivil,” student Apurva Rawal wrote in the Nov. 12 tweet, showing video of Moss leading campus police to a black student later identified as Paige Burgess.

Rawal continued in the tweet thread that Moss “went on a whole tirade” in the previous class session “about how uncivil we all were because a few students were on their phone or not paying attention, cutting lecture time for the rest of us because her ego was bruised.”

Moss chose to “throw a temper tantrum” and cancel class, but even worse was her decision to “single out and humiliate a student just to flex her authority in a destructive manner,” Rawal wrote. In a longer statement, he said Moss had started class by handing out “a printed list of UTSA Student Conduct and Community Standards” on civil behavior.

So this happened today in class, a girl had her feet up and the professor called the police after calling our class uncivil ???? pic.twitter.com/spq0ShXiFU

Two investigations were conducted in the situation and it was discovered that race was not an issue at all in the actions Moss took against the student.

Look, at the end of the day, this is ridiculous. Students shouldn’t be putting their nasty shoes and feet up on any of the chairs in the classrooms. That’s gross. It’s a public institution and other people have to use those chairs and would probably prefer not to have nasty germs and other disgusting substances from the bottom of someone’s shoes or bare feet all over the place they sit.

This is a common courtesy that should be expected from other adults, but apparently that’s too much to ask from younger generations.