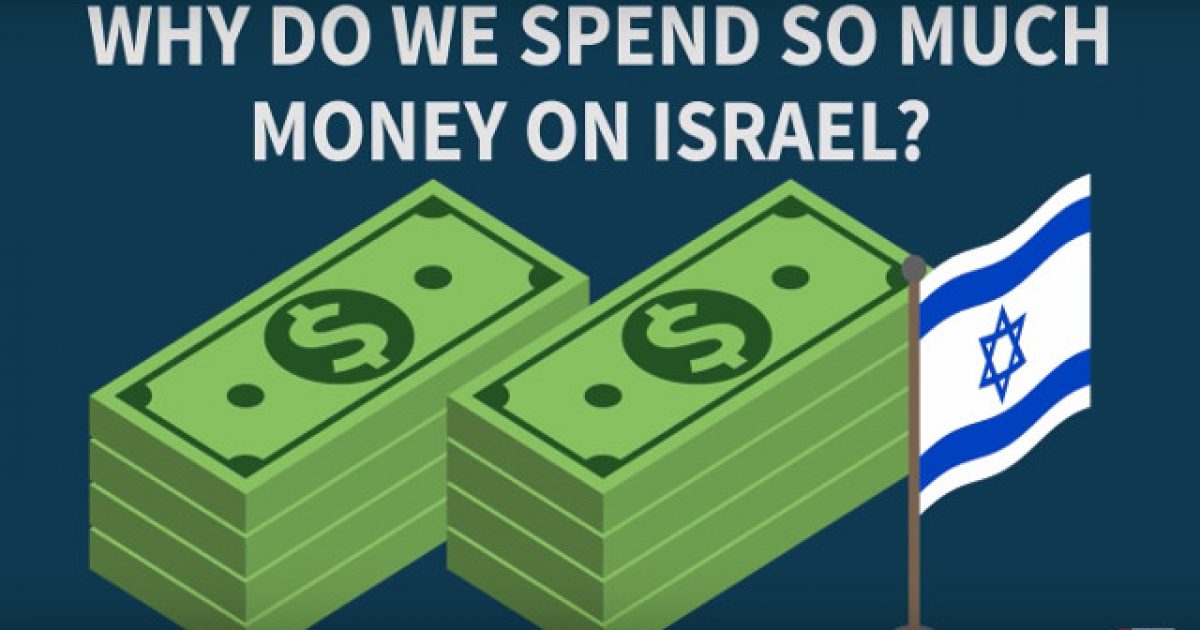 If you’re not watching PragerU videos on YouTube, you’re missing out on some of the clearest, most well taught conservative content being produced on the Internet.

The latest video put out by the channel features an in-depth explanation of why the United States pours so much money, time, and resources into the nation of Israel.

This is critical information to understand, as it involves the usage of tax dollars that each one of us contributes to the government.

“Why do we spend so much money on Israel?” asks Gen. Wald.

“The truth is we don’t spend enough. We should spend more. And for purely selfish reasons,” he explains. “Every dollar we spend on Israel is a dollar spent, in effect, in our own defense. As a value proposition, it’s all in America’s favor.”

Before he gets into his explanation focusing on America’s national security, Gen. Wald notes that he “can easily defend why America supports Israel on moral grounds alone.”

“I’ve been there on numerous occasions,” says the retired general. “It’s a good and decent country. Given the neighborhood it lives in, I find that both remarkable and admirable. But I will make this argument solely on the basis of America’s security.”

The alliance between the United States and Israel is unique in part because, unlike other nations, America does not have troops based there. “This is because Israel takes care of itself,” he says.

General Wald makes the case for shoring up our support for Israel by increasing financial aid and “enhanc[ing] our alliance with Israel” because there is no specific defense treaty signed with the Middle Eastern nation.

“Why is this so important?” he asks. “Because it will send a loud strategic signal to Israel’s enemies that if you mess with Israel, you mess with us.”

He continues: “Israel is not going to ask us for troops. But we should be giving them anything else they need: intelligence, weapons technology and other vital information. And we know this is a two-way street. Israel gives a lot in return.”

When most folks think about why we support Israel so strongly, they believe it has to do with religious reasons. Sure, some conservatives do have a specific belief about the religious significance of Israel, but as the video explains, there’s a much more practical reason than that.

The Middle East is an area where we don’t have very many friends we can count on, and given the fact this area is where radical terrorists of the Muslim variety are mostly born and bred, it makes total sense to safeguard our relationship with Israel and invest in them as a country.

Let’s hope our relationship continues to be repaired by Trump and his administration after the blasting it took during the Obama years.