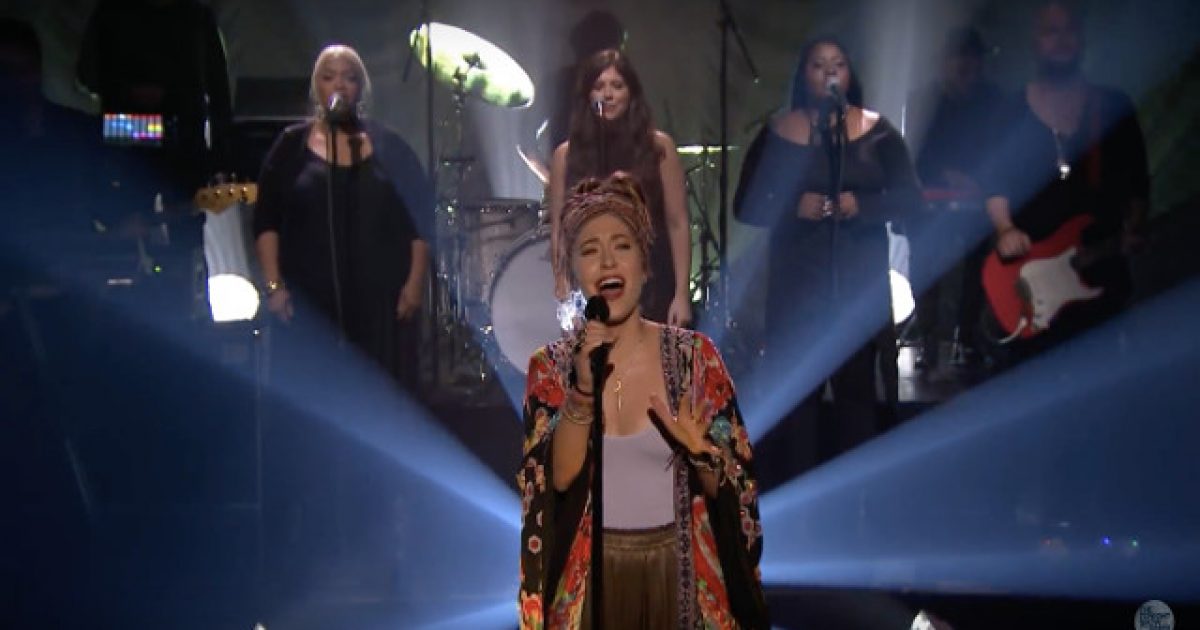 Grammy nominated Christian singer Lauren Daigle is raising eyebrows — and dander — in evangelical circles after some comments she made about homosexuality during an interview, stating she’s unsure if it’s a sin, stating she has gay people in her life she loves and she’s not God.

Daigle then encouraged folks to read the Bible and decide for themselves on the issue, which is the most spineless, squishy answer you can give on that particular topic.

Radio host Domenick Nati asked Daigle if she thought homosexuality was a sin in light of her recent appearance on “The Ellen Show,” hosted by open lesbian Ellen DeGeneres.

“Do you feel that homosexuality is a sin?” Nati asked the 27-year-old point blank.

“I can’t honestly answer on that,” Daigle answered. “In a sense, I have too many people that I love that they are homosexual. I don’t know. I actually had a conversation with someone last night about it. I can’t say one way or the other. I’m not God.”

The “How Can It Be” singer continued, “So when people ask questions like that … that’s what my go-to is. I just say read the Bible and find out for yourself. And when you find out let me know, because I’m learning, too.”

Nati, who used to a celebrity publicist, applauded Daigle for her ambiguous answer. Then he uploaded the ten-minute interview to his YouTube channel with the title, “Lauren Daigle Doesn’t Know If Homosexuality Is A Sin”

Well, Daigle is right about one thing. She’s not God. However, God has spoken much on the topic of homosexuality, and according to His Word, it is indeed a sin.

Passages like Romans 1:26-28 and 1 Corinthians 6:9-11 make it abundantly clear that homosexuality is not a natural practice and is a behavior God Himself condemns.

If a person alleges to be a Christian, but doesn’t actually believe His standards of righteousness or submit to His word, chances are, this person’s faith is not genuine.

Is Daigle not a Christian then? Honestly, we cannot know for sure at this point, but she certainly isn’t following the Word of God, so it most assuredly doesn’t look good.