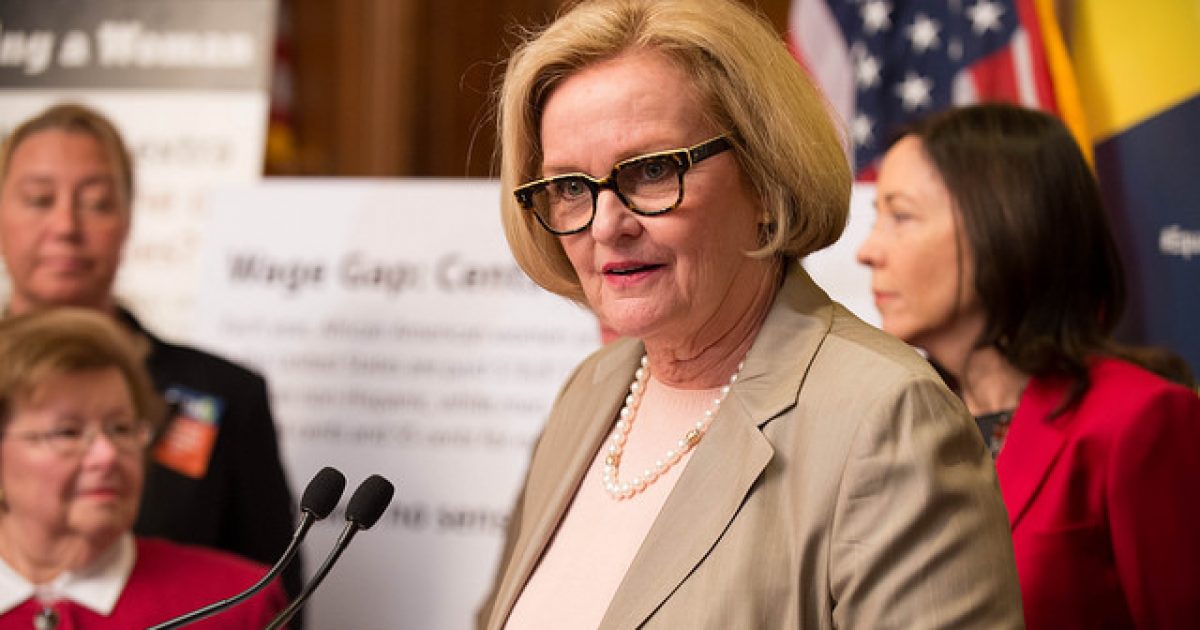 Rep.-elect Alexandria Ocasio-Cortez has not only become a favorite target of a lot of folks on the conservative side of the aisle for her less than intelligent verbal gaffes, she’s also taking shots from folks in her own party.

Outgoing Democratic Sen. Claire McCaskill took a pretty good shot at Ocasio-Cortez, wondering why in the world she’s become so popular within the Democratic Party.

This is a question we’ve been wondering about as well.

But the Missouri Democrat has some advice for the young rising liberal star.

In an interview with CNN, McCaskill admitted, “I’m a little confused why she’s the thing,” after admitting she didn’t know Ocasio-Cortez when asked if the self-proclaimed democratic socialist was a “crazy Democrat” like the ones she warned about during the 2018 campaign trail. McCaskill did say the 29-year-old was a “good example” of a “bright shiny new object” that came out of nowhere and surprised people when she beat a very experienced congressman.

It seems McCaskill is still a bit bitter about her loss in the November midterm and is looking for various folks to release her hostilities on. Ocasio-Cortez makes for an easy target with her sudden rise to fame and the goofy nature of her political gaffes.

What’s really shocking is that it took someone from the Democratic Party establishment this long to start bashing on her.