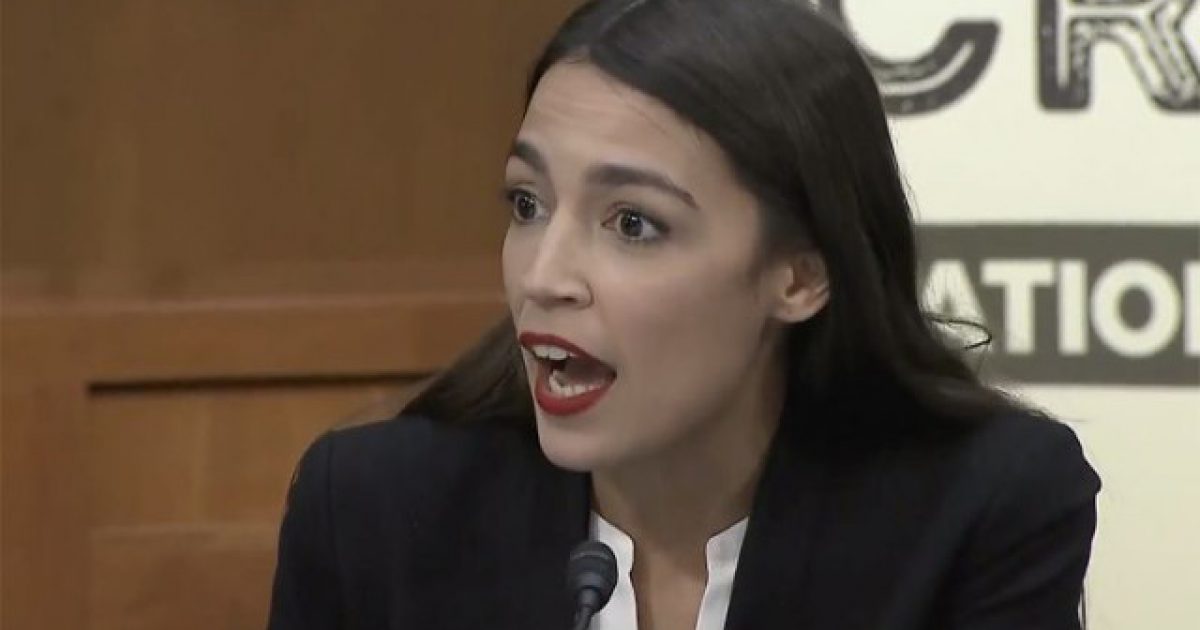 Rep.-elect Alexandria Ocasio-Cortez is just four week away from becoming a sitting member of Congress, and if you’ve been keeping up with this walking gaffe machine over the last year, you’re likely rubbing your temples at just the mere thought of it.

Last week, Ocasio-Cortez threatened to run for president and then completely misquoted the United States Constitution in one heck of an epic fail.

This is the future of the Democratic Party, folks.

While participating in a photoshoot for Politico at Harvard last Thursday, Ocasio-Cortez engaged in conversation with her photographer, Politico’s Playbook reported. According to the recap, Ocasio-Cortez threatened to run for president, but misquoted the Constitution’s specific qualifications for the high office.

“You can’t even run for president for another six years,” the photographer told Ocasio-Cortez, who is just 29 years old. The Constitution requires the U.S. president be at least 35 years old.

“That is awesome. All the people who say a literal interpretation of the Constitution is the only thing you should be paying attention to,” the photographer responded.

“Exactly, all those Constitutionalists, I will keep vigilance,” Ocasio-Cortez snarked.

The problem here, as noted by Politico, is that in Article II of the Constitution — the part that defines the qualifications for the office of president — there is no use of a gendered pronoun as Ocasio-Cortez claimed. The actual wording in the document is “any person.”

If Ocasio-Cortez was hoping to be remembered in history as the youngest person to be elected to Congress — she is, by the way — she’s going to be sorely disappointed. It looks like her legacy is going to be more based on her gaffes than any real accomplishments she might achieve.

You know, like the one where she didn’t know the three branches of government. An elected official who doesn’t know basic civics. Heaven help us.