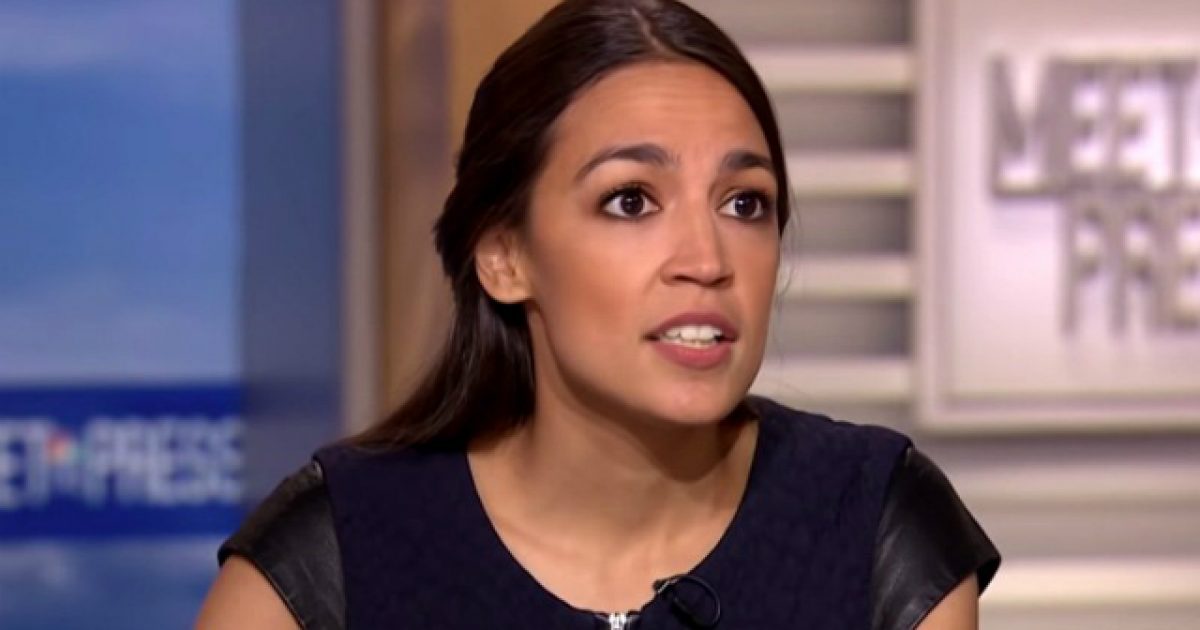 The not-so-beloved Democratic socialist Rep.-elect Alexandria Ocasio-Cortez once again found herself the object of scorn in the digital world of social media after she decided that Christmas is the perfect time to make false claims about Jesus.

Clearly this woman never stops to truly think through the implications of what she says, nor does basic Google research to find at least some sort of source for the things she tweets out.

“Joy to the World!” Ocasio-Cortez tweeted. “Merry Christmas everyone – here’s to a holiday filled with happiness, family, and love for all people. (Including refugee babies in mangers + their parents.)”

Joy to the World!

Merry Christmas everyone – here’s to a holiday filled with happiness, family, and love for all people. ????(Including refugee babies in mangers + their parents.)

Ocasio-Cortez’s claim that Jesus was a refugee baby in a manger is categorically false, as Fox News’ Samuel Chamberlain explains:

Mary and Joseph are not depicted as refugees in the Nativity story. According to the Gospel of Luke, Joseph brings the pregnant Mary to Bethlehem so that he may enroll in a census ordered by the Roman emperor Agustus. The couple are forced to take shelter in the stable where Jesus is born due to a lack of room at the inn.

The 29-year-old bartender turned far-left politician was mocked and criticized for not only making false claims about Jesus in order to score political points but also her willingness to politicize Christmas.

You really should read the Bible @Ocasio2018.

Mother Mary and St. Joseph were NOT refugees.

In fact, by traveling to The Town of King David as part of the Roman census, they were obeying national laws.

Exactly the opposite of a refugee or an Illegal Alien.

Mary and Joseph weren't refugees, moron. They were on their way to pay their taxes, as mandated by Rome. You're now Rome, by the way. https://t.co/b2lCsQcy78

I really, really encourage you to read the Bible for yourself. You may be surprised by what God has to say about life inside the womb, the wisdom in border walls, and the dangers of tyranny! https://t.co/0fF0iSmdpt

Try going to church sweetie. I am praying for you. Joseph and Mary traveled to Bethlehem, the place of Joseph’s citizenship, to be counted in the census. They were not refugees. They have this thing called google that you can look stuff up on BEFORE you post.

This is what it looks like when you’re so angered and obsessed with Trump being elected President. You obnoxiously try to connect the biblical account of the birth of Christ to modern day immigration policies (inaccurately by the way), all under the guise of a Christmas tweet.

After taking this lashing, Ocasio-Cortez tweeted out the top result on a Google search to attempt validating her claim.

For all the anti-immigrant pundits uncomfortable with and denying that Christ’s family were refugees, too: https://t.co/lLQCupyG3N

This was yet another big goof on her part. You see, the article she posted actually goes on to disprove her point.

“However, in the Gospel of Matthew, Mary and Joseph flee into Egypt with the infant Jesus after King Herod of Judea orders the murder of every boy aged two and under in Bethlehem after the Magi ask him where to find the newborn ‘King of the Jews,'” Fox News added. “The Holy Family escape the slaughter and are told by an angel to return to Israel once Herod is dead.”

This young lady is about to start serving a full term as a representative in the federal government. That fact in and of itself explains a lot about the condition of our current government, doesn’t it?

The gaffes and the subsequent memes to follow are going to be amazing over the next few years.