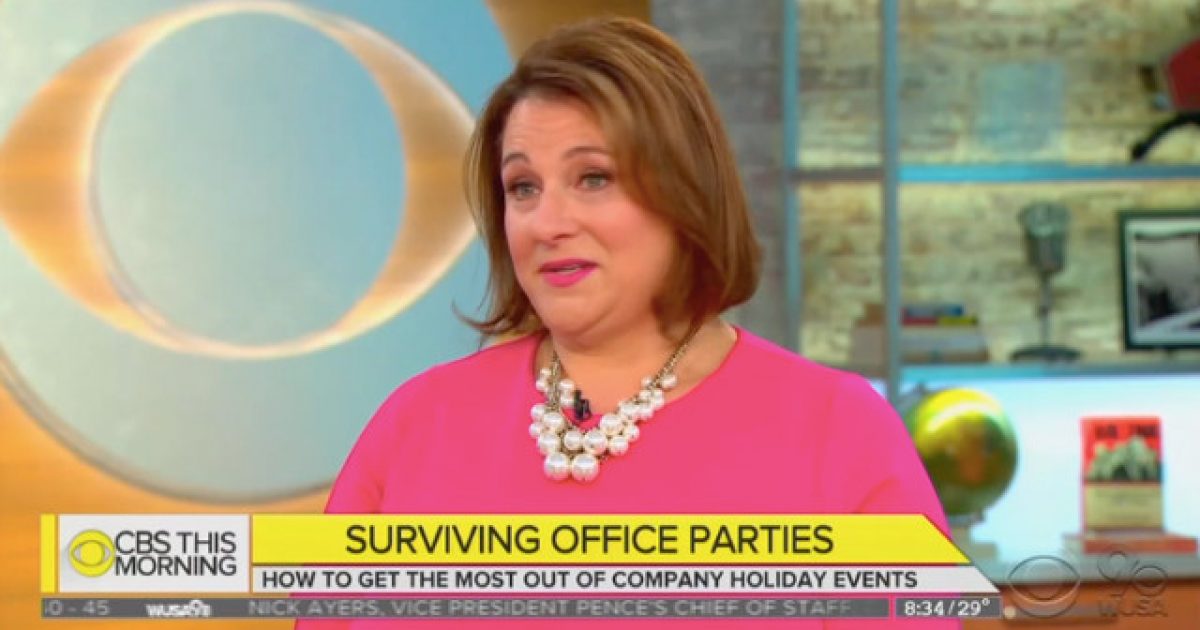 Jennifer Weiner, a columnist for that fine journalistic institution known as the New York Times, has called for an end to all office Christmas parties.

Oops, that’s not quite right. She refers to the events as “Holiday” parties. We stand corrected.

Weiner has called for the cancellation of all “holiday” office parties in order to protect women from being sexually harassed.

According to Weiner, the prospect of the “Holiday” party is a difficult one for women due to the difficult task of “choosing clothes that signal that you are polished without being boring, attractive without being provocative, and that you’re looking to be promoted, not propositioned.”

“For women, it’s never easy,” she says, adding that men “have it all figured out” when it comes to festive wear.

In an appearance on CBS “This Morning” on Monday, Weiner said that she would prefer it if the office “Holiday” party was canceled entirely so that women could have more money in their paycheck instead of having to stress over what to wear.

“Why are we having holiday parties at all?” Weiner wondered aloud. “Wouldn’t you rather have an extra hundred dollars in your paycheck than have to go be social with the guy with the stale coffee breath whose been looking at your backside every time you go to the copier.”

Later, Weiner gave some advice on how women can survive the office Christm– excuse me– “Holiday” party, which included a shoutout to Christine Blasey Ford, the woman who accused Supreme Court Justice Brett Kavanaugh of attempting sexual assault against her 36 years ago at a pool party.

Do not drink. Have a friend, have a plan, like if that guy who checks out your butt as you go to the copier, corners you, have a friend who will be looking out for you … I joke that like, unfortunately if I was telling somebody what to wear, I would say a body camera at this point … A body camera and the Christine Blasey Ford memorial one-piece bathing suit under the clothes, which is terrible, but here we are.

This is now the world we live in, folks. When victimhood can’t be readily established, we create it where it doesn’t really exist, all as a means of having some sort of cause to get us up in the morning.

Many offices across the country have decided to still have parties but to limit the amount of alcohol served at the event to avoid “unprofessional” behavior.

Is it really that hard for folks to exercise self-control and to drink in moderation? Are there really that many cases of sexual harassment happening at Christmas parties?