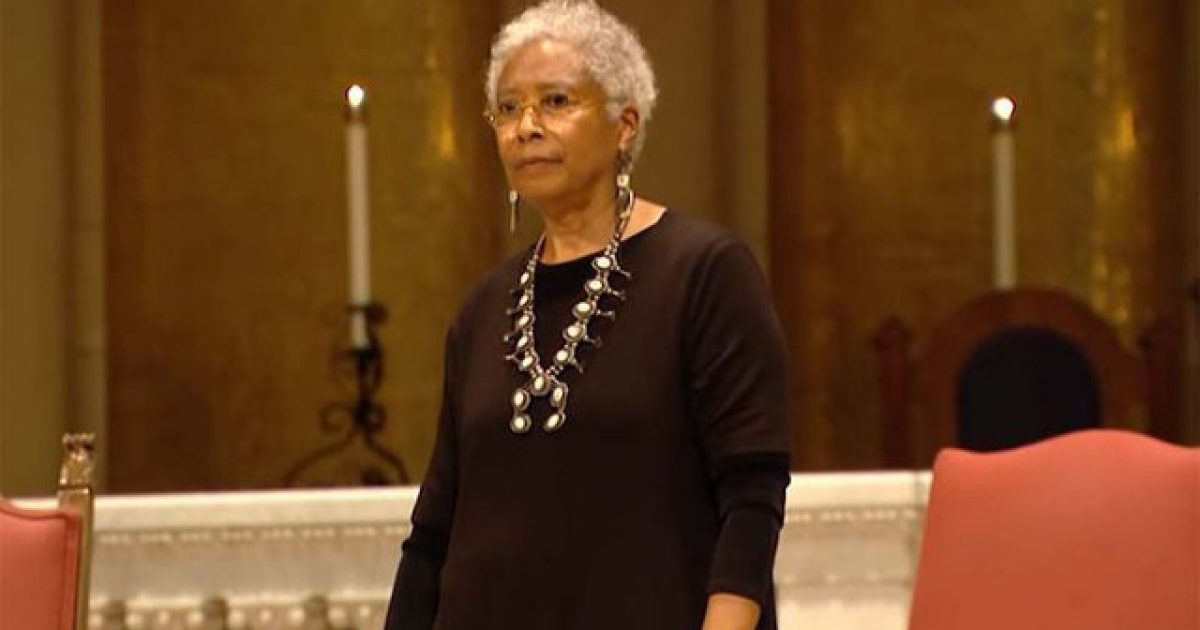 The New York Times recently conducted an interview with Pulitzer Prize-winning author Alice Walker, a woman who has not at all been shy about expressing her anti-Semitism over the years.

During the interview, Walker was asked what books are on her nightstand. Her answer was a virulent anti-Semitic tome, yet the NYT more or less let her skate on by without engaging her racism.

Asked “What books are on your nightstand?” Walker listed four; the second book she named was “And the Truth Shall Set You Free,” by David Icke. She gushed, “In Icke’s books there is the whole of existence, on this planet and several others, to think about. A curious person’s dream come true.”

As Yair Rosenberg notes in Tablet Magazine, “This passed without comment from the New York Times interviewer, and the publication passed it on to readers without qualification. This is rather remarkable because the book is an unhinged anti-Semitic conspiracy tract written by one of Britain’s most notorious anti-Semites.”

Rosenberg notes that Icke, who boasts of more than over 777,000 followers on Facebook, and asserts that there is a Jewish global conspiracy. He adds of “And the Truth Shall Set You Free” that “the book was so obviously anti-Semitic that Icke’s publisher refused to publish it, and he had to print it himself.”

The book relies on the infamous The Protocols of the Elders of Zion, which was a lie constructed in Russia at the beginning of the 20th century, although Icke refers to the Protocols as “the Illuminati Protocols.” Ickes writes that B’nai Brith fostered the slave trade and controls the Ku Klux Klan; that racist far-right groups are Jewish fronts; that Jews are responsible for anti-Semitic attacks; that Jews financially supported the Holocaust, and that the Holocaust was not true.

In September 2016, Walker wrote, “I decided to find, among Icke’s numerous videos, one lecture that might offer an introduction that wouldn’t be too scary for folks leery of being nudged in a direction of inquiry that might upset, destroy possibly, their worldview. I think this one might fit the bill.” In November 2017, Walker posted a supposed poem on her blog titled, “It Is Our (Frightful) Duty to Study the Talmud.” Rosenberg writes, “The composition blames all the world’s ills, from Israel to America, on the ancient Aramaic compendium of Jewish law and lore, and checks nearly every anti-Semitic box, from attacking Jews as Christ-killers to claiming that Jews view gentiles as ‘sub-human.’”

The real disgusting thing about all of this, besides Walker’s anti-Semitism, is the hypocrisy of the NYT, a left-leaning news publication that has a responsibility to ask hard questions and to hold people accountable for their actions.

Walker surely should’ve been asked about what the anti-Semitism of David Icke and whether or not she agreed with his views of the Jewish people. We all know the answer to that already, but we should hear it candidly from Walker herself.

This just goes to show that any of the “sins” the GOP and conservatives get accused of and slammed for by the left are completely excusable as long as the majority of your views line up with those found in the progressive playbook.