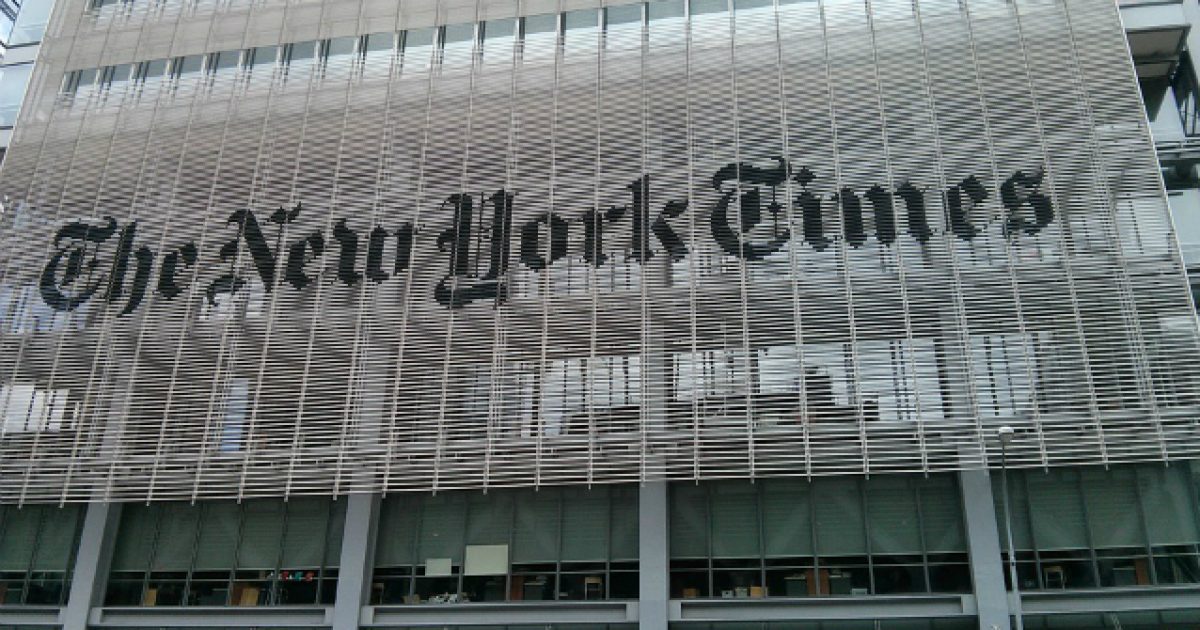 The New York Times has lost much of it’s credibility as an ethical, unbiased news source and has become nothing more than a mouthpiece for the radical left, spewing all manner of nonsense all over it’s reading audience.

A good case in point is the latest piece they published on Monday, in which they attempt to convince all of us that, while Hezbollah is a violent extremist group that wants to exterminate Israel, they actually really like Christians.

Promoting the piece, the Times wrote on Twitter, “Hezbollah, the Shiite political movement and militia that the United States has branded a terrorist organization, has helped ring in the season in previous years, importing a Santa to Beirut’s southern suburbs to distribute gifts.”

Even Hezbollah, the Shiite political movement and militia that the United States has branded a terrorist organization, has helped ring in the season in previous years, importing a Santa to Beirut’s southern suburbs to distribute gifts. https://t.co/JTbtAgghQ3

The Times reported on an Iranian-sponsored event on Saturday at which an Iranian cultural attaché stood near “a twinkling Christmas tree, a gold star gilding its tip. Angel ornaments and miniature Santa hats nestled among its branches. Fake snow dusted fake pine needles.” The attaché proclaimed, “Today, we’re celebrating the birth of Christ and also the 40th anniversary of the Islamic Revolution.” The new mufti of the Shiite Muslims of Lebanon, Ahmed Kabalan, added that Christians and Muslims “are one family, against corruption, with social justice, against authority, against Israel, with the Lebanese Army and with the resistance.”

Even Hezbollah, the Shiite political movement and militia that the United States has branded a terrorist organization, has helped ring in the season. In previous years, it imported a Santa to Beirut’s southern suburbs to distribute gifts. On Saturday, Hezbollah representatives were on hand for the Iranian Christmas concert, an event also featuring handicrafts by Iranian artists, but the organization skipped Santa this year because of financial constraints.

The Times writes that although there have been problems with the Sunni areas of Lebanon vis-à-vis Christianity, notably, according to one television news report, some Christmas trees in Tripoli being burned down in 2015, such thinking was absent among the Shiite Muslims. The Times quoted Ahmad Tarjoman, 48, a Beirut-based correspondent for Iranian state television, asserting, “We follow Imam Ali, who told us to respect other cultures.”

As far as Iran loving Christianity, as Open Doors has reported:

While the government is anti-Christian, it does grant some limited freedoms to historical Christian churches. They are allowed to preach to fellow countrymen in their own language but are forbidden from ministering to people from Muslim backgrounds. Members of these historical churches are treated as second-class citizens, and they have reported imprisonment, physical abuse, harassment and discrimination, and jail terms, particularly for reaching out to Muslims. Converts from Islam and non-traditional Christian denominations (including Evangelical, Baptist and Pentecostal communities) experience the worst of the persecution. Leaders and church members have been arrested and imprisoned long-term for “crimes against the national security.”

Not sure what in the world would give the NY Times the idea that radical Muslim terrorists are big fans of Christianity, seeing as how they’ve shed the blood of untold numbers of Jesus followers for refusing to bow the knee to Allah.

It’s a well established fact that Islam and Christianity are greatly opposed to one another. Muslims “win” converts by taxing them to death or by chopping their heads off. Christians win converts by showing the love of Jesus Christ and preaching the gospel, using words and actions, not violence.

It’s amazing how much the left hates Israel. They so desperately want to see them destroyed that they’re willing to try sanitizing a murderous group of terrorists. Tragic.