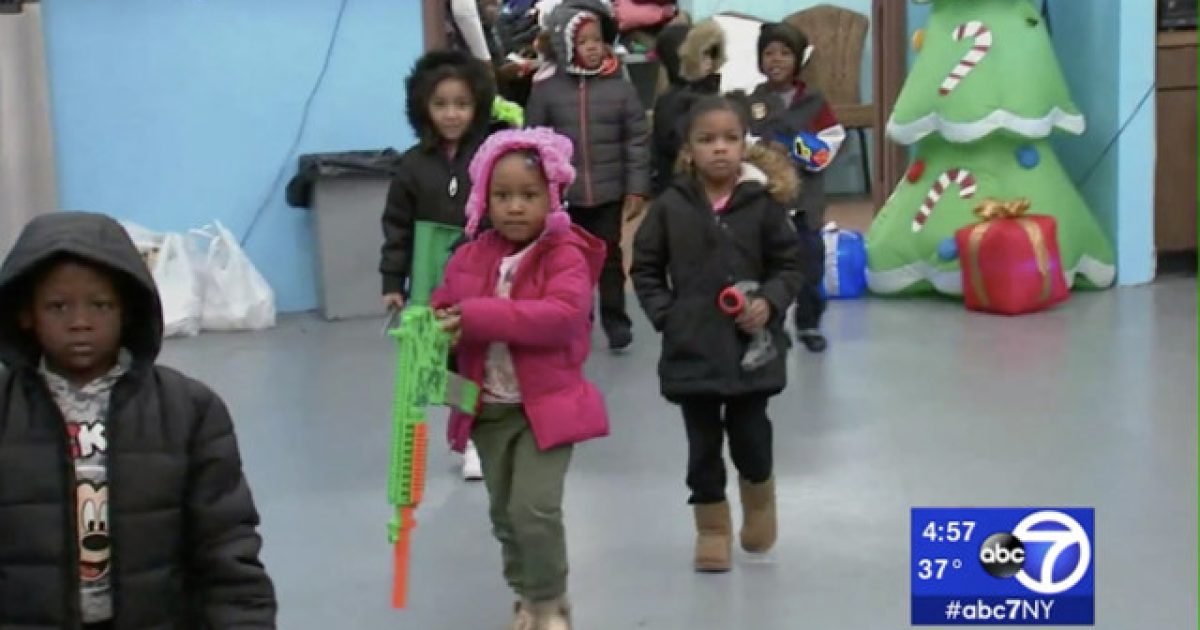 We are all well aware of how much the left hates the Second Amendment and the great lengths they seem to go to in order to push for gun control legislation, but what New York officials did in Hempstead, New York is taking things to an unhealthy new level.

These folks put on a buyback program geared toward children and their toy guns. That’s right, folks. Not only are people not supposed to have firearms according to the left, you’re not allowed to play with toy guns either. Good grief.

Officials encouraged children who received toy guns for Christmas to bring the toys into a local park to swap them out for other, clearly less dangerous toys.

“The purpose is to offer safe alternatives to toy guns,” Jackson explained. “We don’t want the kids playing with guns. Guns are dangerous.”

“Saying no to guns is important,” Ryan stressed. “Even toy guns.”

Hempstead Village Police Department Lt. Derek Warner told the station that parents could be putting their kids’ lives at risk by gifting them toy guns for the holidays.

Warner added that police officers can often mistake toy weapons for real ones.

“Toy guns can be a dangerous item to give your children,” Warner explained.

How scary is that? Police officers actually agreeing with this egregious program and it’s violation of the Second Amendment rights of citizens. It’s a good bet that most of the folks serving on the police department grew up playing with toy guns, yet these generations aren’t allowed to pick one up.

If an officer cannot tell a Nerf gun, which clearly looks fake, from a real one, then perhaps that individual is in the wrong line of work. Or maybe they need better training.

Regardless, this is nothing more than a type of brainwashing. It’s making kids terrified of guns, which in twenty years or so will pay off when these same young people become voters and support restrictions or possibly the eradication of the right to bear arms.

This is how the left does things. They play the long game. They know they can’t change things overnight, or with a single politician. Instead, they brainwash entire generations who will, bit by bit, push their agenda forward until it is fully adopted as part of society.