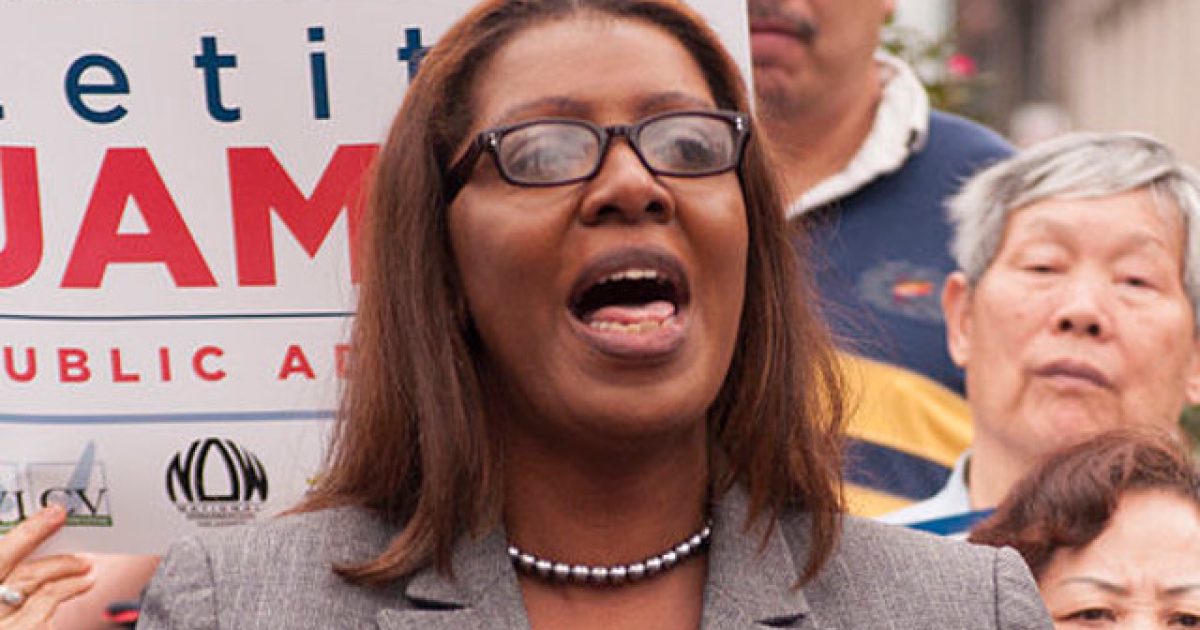 Letitia James, the New York Attorney General-elect, is seemingly providing President Trump with more proof of a “witch hunt” against him and everyone associated with him, by stating that she intends to launch an investigation not only into Trump himself, but also his family and “anyone” in his circle who might have violated the law.

One has to wonder where all of this passion and zeal for truth, justice, and the American way was when President Clinton was being accused by a staggering number of women of sexual misconduct?

James blustered, “We will use every area of the law to investigate President Trump and his business transactions and that of his family as well,” adding, “We want to investigate anyone in his orbit who has, in fact, violated the law.”

NBC listed some of the investigations that James said she plans to pursue:

The June 2016 Trump Tower meeting with a Russian official.

Whether he is in violation of the emoluments clause in the U.S. Constitution through his New York businesses.

Continue to probe the Trump Foundation.

Newsweek reported, “James also indicated she intends to probe government subsidies received by the president, as well as any illegal activities that might involve Trump’s real estate holdings in New York City.”

When she campaigned for attorney general, James stated that she supported legislation allowing prosecutors to charge individuals who received a presidential pardon. Because of the double jeopardy clause, if an individual receives pardons for crimes at the federal level, they cannot be tried at the state level. James stated:

After careful deliberation, I am urging the state legislature to swiftly pass legislation which safeguards against President Trump’s attacks on the rule of law in our country. The pending legislation closes a loophole in our state law that effectively allows the president to pardon individuals for crimes committed in New York State. Given President Trump’s recent use of the presidential pardon in a case adjudicated in New York State and his claim that he can pardon himself as he pleases, it’s clear that we must act now. We can protect New Yorkers from double jeopardy prosecutions without giving away our state’s ability to deliver justice for all.

It seems the election of James to the office of Attorney General is a symbolic representation of the death of justice in the state of New York. Folks who call this state home should be greatly disturbed by the actions this woman plans on taking against citizens, all in the name of pushing a political agenda.

The left claims to be all about justice and equality, yet the plans they continue to make to remake the legal system here in the U.S., where just being accused of wrongdoing without evidence to support such allegations, is enough to make you guilty without a trial, destroys what they say they are working for.