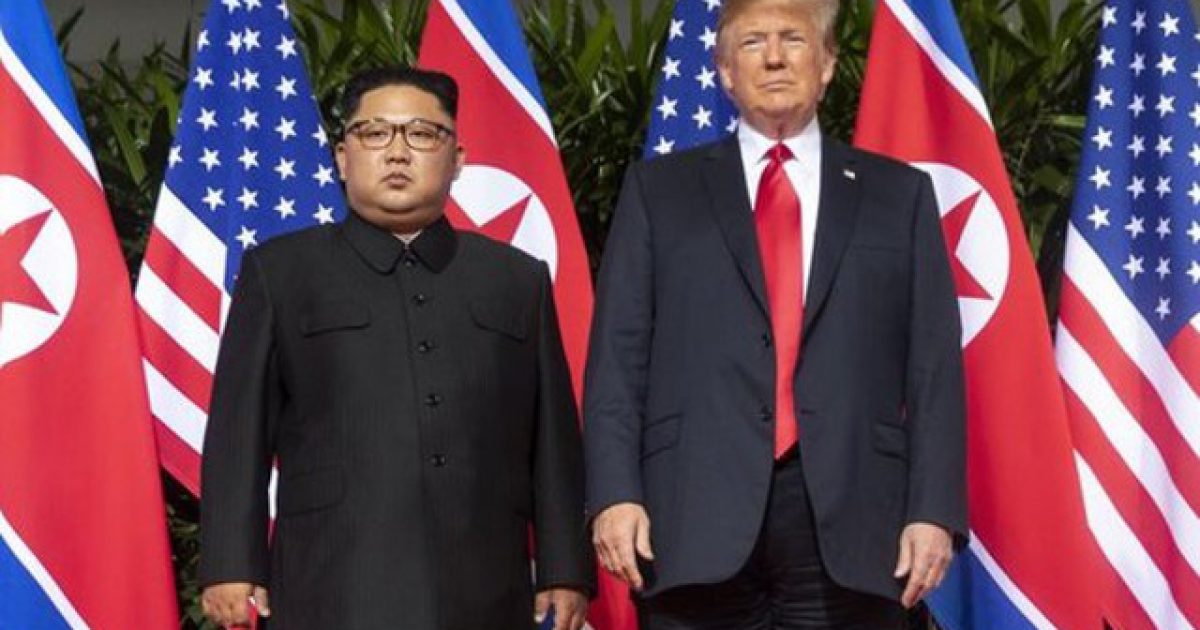 A new report from a state-run newspaper in North Korea is indicating that the country has no plans of denuclearizing until the U.S. “nuclear threat” is completely eliminated.

Well, this was one area that so many folks were pleased with President Trump’s performance, however, it now appears that celebration was a little premature. Unfortunately.

A commentary from the Korean Central News Agency laid out the government’s position on denuclearization:

The proper definition of denuclearization of the Korean Peninsula is completely eliminating the American nuclear threat to North Korea before eliminating our nuclear capability.
It went on to say:

When talking about the Korean peninsula, it encompasses not only our republic’s territory but also South Korea where the American nuclear weapons and armed forces for invasion are spread out. When talking about denuclearization of the Korean peninsula, [the United States] needs to know that it means eliminating all nuclear threat factors.
While the United States has halted large-scale joint military exercises with South Korea, there is no indication that the Trump administration would agree to remove U.S. troops from South Korea.

This comes less than a week after an editorial published in the same state-run news outlet blamed U.S. sanctions on North Korea for slowing down denuclearization talks. “[A]dded sanctions pressure will block the path to denuclearization on the Korean Peninsula forever — a result desired by no one,” it warned.

In a state like North Korea, where the media has no freedom and everyone in the news industry must act in compliance with the state, opinions featured in state-run news outlets are often considered to be the official opinion of the government.

It would be a tremendous mistake of biblical proportions to remove troops from South Korea. Kim Jong Un would absolutely take advantage of our absence to wreak havoc on the good people of South Korea, no doubt about it.

Trump is already making a huge mistake by yanking troops from Syria. Doing this would be a blunder of nearly indescribable folly.

It’s not a slight against Trump to admit this whole peace talks stuff failed here. It’s obviously been a problem for numerous presidents over the years, so this says absolutely nothing about the president’s performance on the geopolitical stage.

However, we have to wonder what in the world it’s going to take to get these people to do what they say they’re going to do and eliminate the threat they pose to the world?