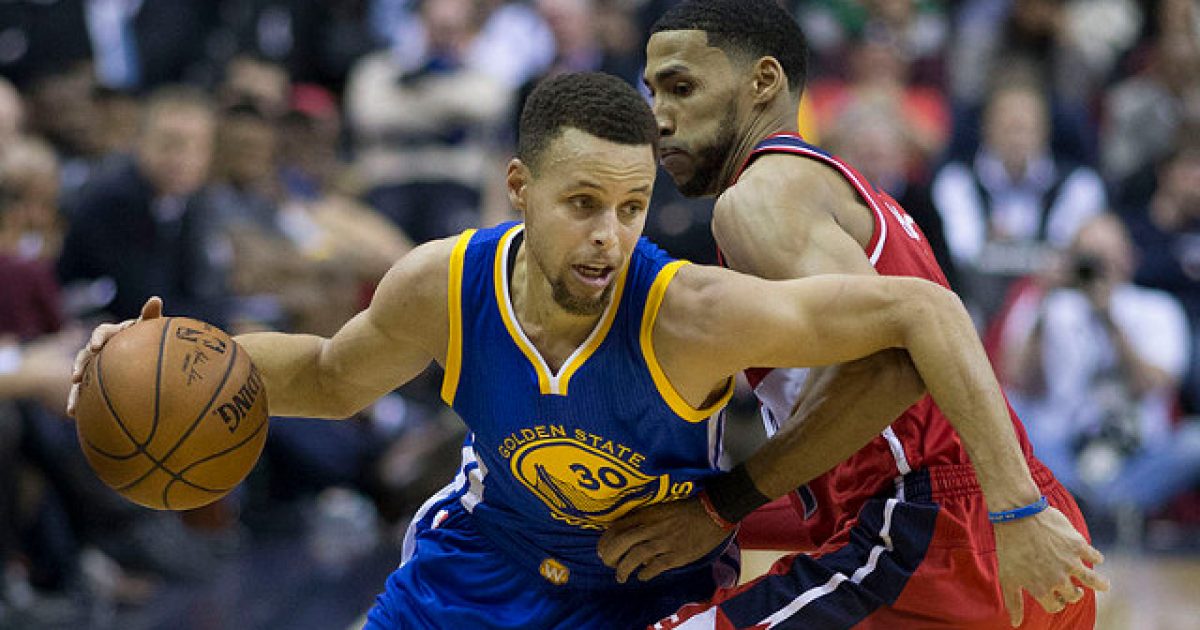 There’s little doubt that Steph Curry is one of the best professional basketball players in the NBA. However, when it comes to science and other scholarly endeavors, perhaps he’d better leave things to the professionals.

Curry recently stated that he believed the moon landing was fake. NASA decided to take Mr. Curry to school over his comment and boy, oh boy, does he ever have egg on his face.

The comments came when the Golden State Warriors guard appeared on the “Winging It” podcast with two basketball player hosts. At one point, for some reason, Curry asked the others if they thought the United States had ever put a man on the moon, The New York Times reports.

“We ever been to the moon?” he asked.

The others, in unison, agreed that the answer was no.

“They’re going to come get us,” Curry replied. “Sorry, I don’t want to start conspiracies.”

Annie Finberg, a digital content coordinator for the Atlanta Hawks and another host of the podcast, followed up, asking Curry, “You don’t think so?”

Finberg then “expressed some skepticism, asking Curry to clarify, and he said he did not believe the United States had landed on the moon, leading to a short discussion of some of the more popular conspiracy theories, including one asserting that the film director Stanley Kubrick had staged the entire thing,” the Times writes.

The Kubrick theory has been around pretty much since the beginning. The theory states that the United States realized not long before the launch of Apollo 11 on July 16, 1969, they lacked the capabilities to actually reach the moon. Rather than admit defeat, the good folks at NASA supposedly called in director Stanley Kubrick to help fake the whole thing.

NASA is no stranger to this theory and has kept a pretty solid sense of humor about the whole thing, even going so far as to invite Curry to come out to their lab.

“We’d love for Mr. Curry to tour the lunar lab at our Johnson Space Center in Houston, perhaps the next time the Warriors are in town to play the Rockets,” said Allard Beutel, a NASA spokesman. “We have hundreds of pounds of moon rocks stored there, and the Apollo mission control. During his visit, he can see firsthand what we did 50 years ago, as well as what we’re doing now to go back to the moon in the coming years, but this time to stay.”

NASA has also dedicated a page on their website to debunking this myth.

“There are answers to all the questions raised by the non-believers, but one of the strongest arguments (besides LRO’s evidence) is that all the Apollo missions were independently tracked by England and Russia (our allies and enemies), both of whom sent letters of congratulations after the Moon landings. In the midst of a heated space race, the Russians would have called our bluff if the landings had not actually happened,” NASA says, referring to the Lunar Reconnaissance Orbiter.

It’s a good thing Curry wasn’t having this discussion with former astronaut Buzz Aldrin, the second man to walk on the moon. Conspiracy theorist Bart Sibrel once told Aldrin, “you’re the one who said you walked on the moon when you didn’t.”

How did Aldrin respond?

The 72-year-old delivered a solid punch right to Sibrel’s chops.