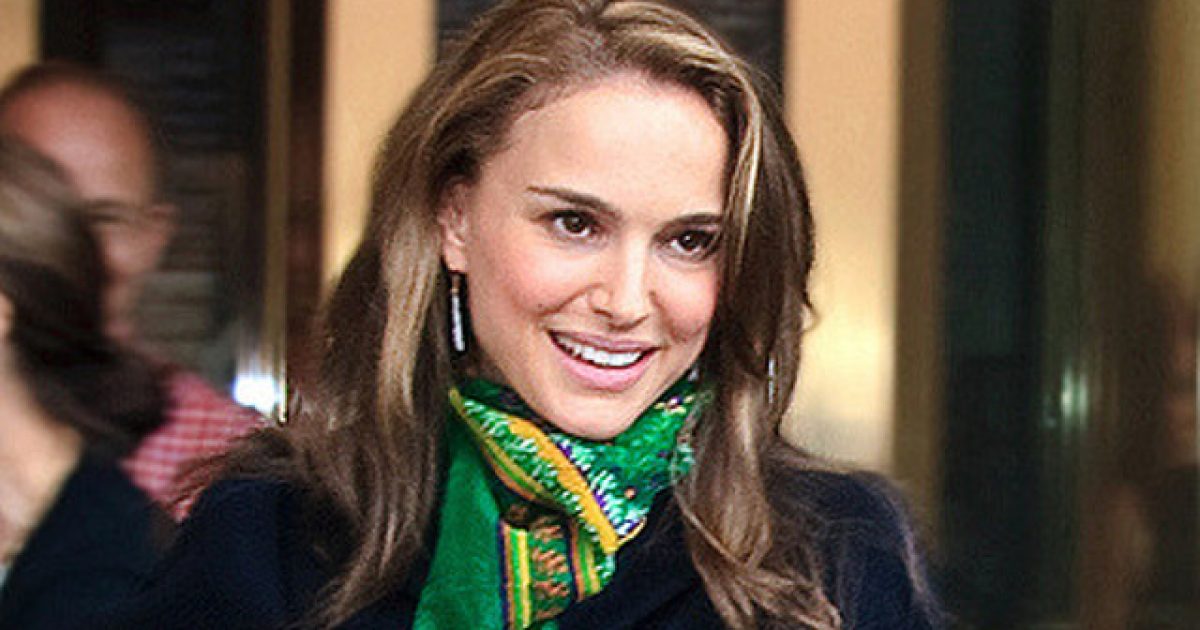 Oscar-winning actress Natalie Portman, who was born in Israel, recently spoke with a BBC reporter and expressed that she’s not a big fan of the country’s nation-state law, labeling it “racist.”

This isn’t the first time Portman has been critical of her homeland. She’s complained in the past about Prime Minister Benjamin Netanyahu, taking plenty of opportunities to slam him for his policies.

“It’s wrong and I disagree with it. It’s hard to be from a place where you don’t have choice, where it’s political. It’s the people you love, and their lives are personally affected by all the decisions politicians make. I just hope to be a part of changing that and making us truly love our neighbors, and working with our neighbors. It’s like your family: You love them the most but you’re also the most critical.”

After Hamas instituted riots on the Israeli border last spring, Portman, who originally accepted the award, refused to attend a ceremony where she would receive the Genesis Prize. The Genesis Prize Foundation said Portman’s representative stated “[r]ecent events in Israel have been extremely distressing to her and she does not feel comfortable participating in any public events in Israel” and that “she cannot in good conscience move forward with the ceremony.”

Israeli Culture minister Miri Regev fired at Portman, “I was sorry to hear that Natalie Portman fell into the hands of the BDS supporters. Portman, a Jewish actress born in Israel, joins those who tell the successful, wondrous founding of the State of Israel as ‘a tale of darkness and darkness.'”

My decision not to attend the Genesis Prize ceremony has been mischaracterized by others. Let me speak for myself. I chose not to attend because I did not want to appear as endorsing Benjamin Netanyahu, who was to be giving a speech at the ceremony. By the same token, I am not part of the BDS movement and do not endorse it. Like many Israelis and Jews around the world, I can be critical of the leadership in Israel without wanting to boycott the entire nation. I treasure my Israeli friends and family, Israeli food, books, art, cinema, and dance. Israel was created exactly 70 years ago as a haven for refugees from the Holocaust.

But the mistreatment of those suffering from today’s atrocities is simply not in line with my Jewish values. Because I care about Israel, I must stand up against violence, corruption, inequality, and abuse of power. Please do not take any words that do not come directly from me as my own. This experience has inspired me to support a number of charities in Israel. I will be announcing them soon, and I hope others will join me in supporting the great work they are doing.

Here’s what Netanyahu had to say about the nation-state law after it was passed last July:

This is a defining moment in the history of Zionism and in the history of the State of Israel. One hundred twenty-two years ago after Theodor Herzl shared his vision, we have established into law the fundamental tenant [sic] of our existence. Israel is the nation-state of the Jewish people. A nation state that respects the individual rights of all its citizens; and in the Middle East, only Israel respects these rights. This is our state, the state of the Jews. In recent years there have been some who have attempted to cast doubt on this, and so to undercut the foundations of our existence and our rights. Today we etched in the stone of law: This is our state, this is our language, this is our anthem, and this is our flag.

Isn’t it strange that Portman would be against something that establishes the existence of her people and their right to be their own, autonomous country in land that clearly belongs to them?

This is the kind of insanity that liberalism breeds, destroying common sense and common decency in one fell swoop.

Israel has a right to exist, which is a truth we as Americans should be doubly supportive of, seeing as how they are our best ally in the Middle East. This territory breeds many radical terrorists who want nothing more than to destroy our way of life. In the battle against them in this region of the world, Israel is a critical friend that we desperately need.

To be against Israel’s right to exist is to be against our own interests in that part of the world.