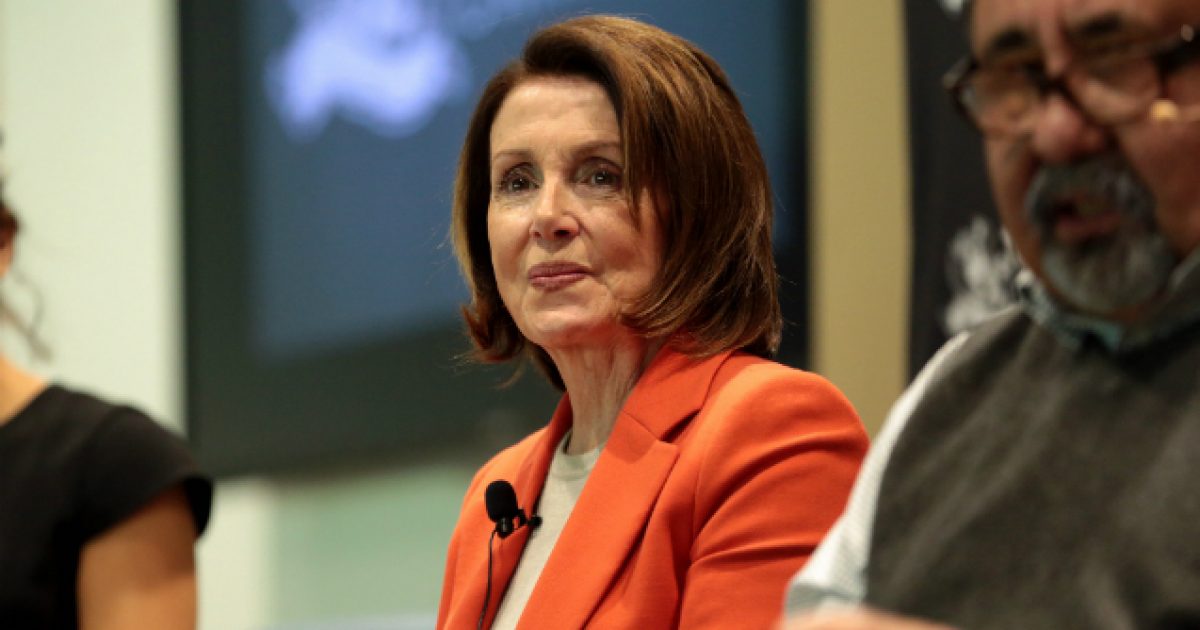 Rep. Nancy Pelosi came out swinging for the fences against President Donald Trump after a rather contentious meeting between the House Democratic leader and Senate minority leader Chuck Schumer.

The meeting was over the budget request Trump’s administration has made for border security, which includes the cost of the wall the president promised he would build during the 2016 presidential election.

Pelosi ended up throwing a huge temper tantrum after the whole affair was over, going to far as to insult Trump’s manhood.

According to The Hill, sources said Pelosi exclaimed, “It was so wild. It goes to show you: You get into a tinkle contest with a skunk, you get tinkle all over you.”

Unsatisfied with just speaking of “tinkling,” though, Pelosi decided to try to rhetorically emasculate Trump about border funding for the wall along the southern border, snapping, “It’s like a manhood thing for him. As if manhood could ever be associated with him. This wall thing.”

Pelosi boasted, “But the fact is we did get him to say, to fully own that the shutdown was his. That was an accomplishment.”

The crux of the matter currently is that the Democrats are willing to include $1.6 billion for border security in the funding bill, while Trump wants $5 billion, and unless some deal is reached, the government could shut down on December 21.

Pelosi has become notorious for her temper tantrums, having thrown one against Trump back in June of 2017. During this particular episode she lamented the fact that George W. Bush was no longer president and wished that Romney were the commander-in-chief instead of Trump. She even threw a little praise for Sen. John McCain.

In other words, Pelosi is a huge crybaby who would rather spend precious time boohooing about the president instead of working toward some kind of solution that will keep the government running.

At the end of the day, we need the border wall. Illegal immigrants pose a threat to national security, with a large number of criminals, cartel folk, and gang members sneaking across on a daily basis.

It’s time to put the bleeding heart aside and do what’s best for the country.