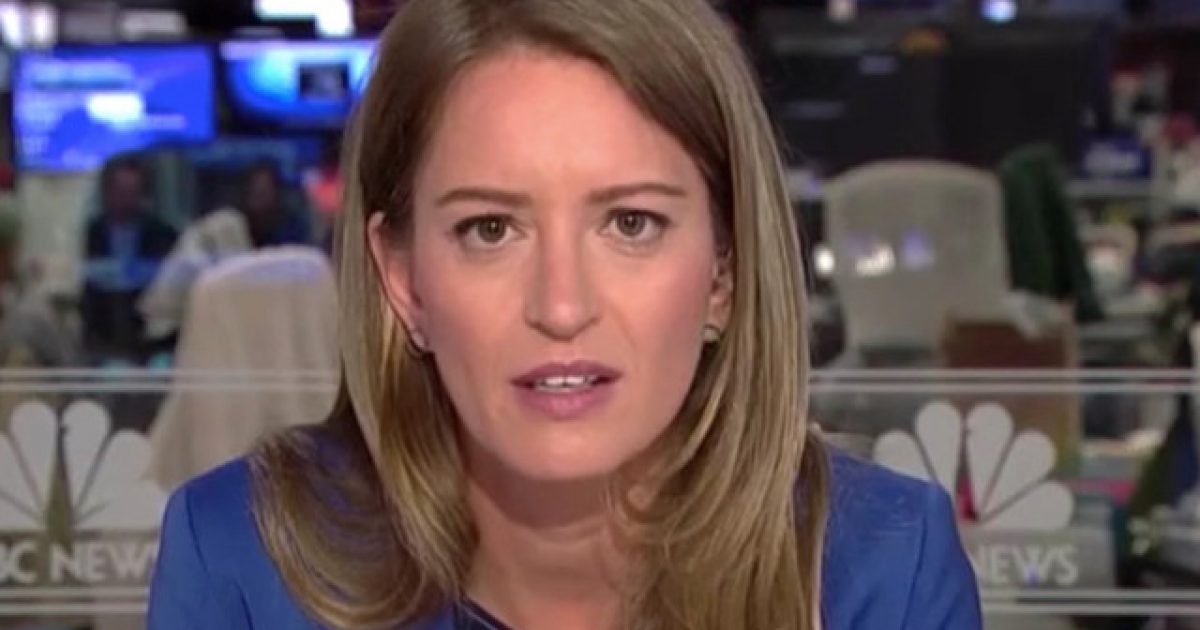 It’s no secret that folks on the left tend to be a bit overdramatic and overemotional, blowing things way out of proportion due their emotion fueled view of the world and life in general.

A good example of this can now be seen in the comments of MSNBC anchor Katy Tur who told her audience that, unless we tackle the issue of climate change, all life is pointless.

She’s a regular old ray of sunshine, isn’t she folks?

Katy Tur was reviewing an article in the New Yorker about climate change when she made the startling claim about the meaningless of all life.

“I read that New Yorker article today and I thought gosh, how pointless is my life,” she said.

“And how pointless are the decisions that I make on a day to day basis,” she continued, “when we are not focused on climate change every day, when it’s not leading every one of our newscasts?”

Despite her sudden realization about climate change, Tur does not tweet about the issue much. In a November tweet, she addressed it after being challenged by someone accusing her of not caring enough.

“I said and have said that Climate Change is real. The vast majority of scientists say it is real.”

MSNBC's Katy Tur says her life is "pointless" because 'climate change' is going to destroy the planet so she has no future. ???? pic.twitter.com/7sGnDaY6Zn

However, this is nothing more than pure fear mongering, an attempt to scare people to death so they’ll get in line with the proposed solutions the left is presenting to solve this problem.

Their solutions involve more government regulation in the private sector and legislation that redistributes wealth. Think about that for a moment.

The bottom line is, contrary to what we’ve all heard, the science on climate change has not been settled. There’s much about this topic we don’t understand, therefore, we need to take a step back and stop all of the dramatics around the issue.