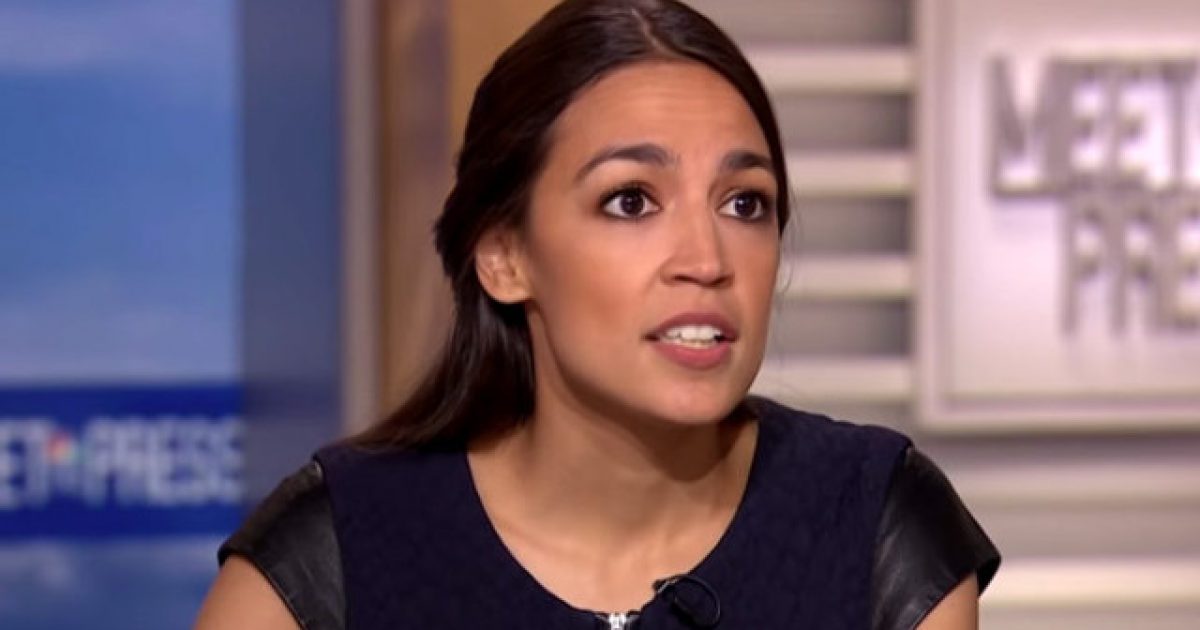 Incoming congresswoman Alexandria Ocasio-Cortez has pretty much been a complete and total laughingstock in the news media ever since she popped up on the scene, with nearly endless gaffes for conservative pundits and media outlets to feast upon almost on a daily basis.

Pundit Michael Knowles of the Daily Wire, while no doubt sharing in the giggles from his fellow travelers on the right, has issued an important warning for conservatives not to underestimate Ocasio-Cortez, an avowed Democratic Socialist.

Alexandria Ocasio-Cortez recently claimed she had Jewish ancestry, prompting immediate comparisons to Elizabeth Warren’s much-derided Native American boast. Michael Knowles, however, doesn’t think we should be laughing at all this time. He explained how Ocasio-Cortez is handling this differently, and why because of that, the right shouldn’t underestimate her.

After playing clip of Ocasio-Cortez claiming that she had Jewish ancestry, Knowles said, “Is this true? Probably not, but maybe I guess. She could take a DNA test, except she’s probably learned a thing or two from Elizabeth Warren and she won’t do this.”

“But the reason I bring this up is not to make fun of her for that,” he continued. “It’s probably a fairly shrewd strategy to plant the seeds in a way that takes away any accountability to actually be Jewish. The reason I bring this up is because Alexandria Ocasio-Cortez has one of the greatest advantages in politics right now. Which is that she is considered an idiot. This is a big advantage.”

He explained: “She’s clearly a pretty shrewd politician. She managed to get herself elected to Congress at twenty-eight. She up-ended a long-standing incumbent because she saw an opening. Saw that he, Joe Crowely, had not been campaigning. He hadn’t really gone out there, pressed the flesh, made relationships with people in ten years. So she said, I can go in there and fill that spot, and she’s done it.”

Knowles added, “She’s become a darling of the Democratic Party. She constantly attracts press to herself. She’s a fundraiser now for the party. She’s even been a threat to Nancy Pelosi. One of her first acts going to Congress was to go protest in Nancy Pelosi’s office. She’s a shrewd politician, and we’re all laughing at her. We shouldn’t underestimate this woman.”

Knowles is absolutely right. While she’s definitely not the sharpest tool in the shed at times, that doesn’t mean she’s completely brain dead.

She could very well be “playing dumb” as part of a concerted political strategy to help throw folks off, to make her appear harmless and as no threat at all, but in reality, she could be smart as a whip and well informed.

That doesn’t seem likely, but given her ideology, she’s still dangerous. The right would be incredibly stupid themselves for thinking she’s just some idiot who lucked into Congress. She’s there because she’s crafty.

We need to stay on task. Be vigilant, and continue to expose her errors in thinking and not just making fun of her seeming lack of intelligence.