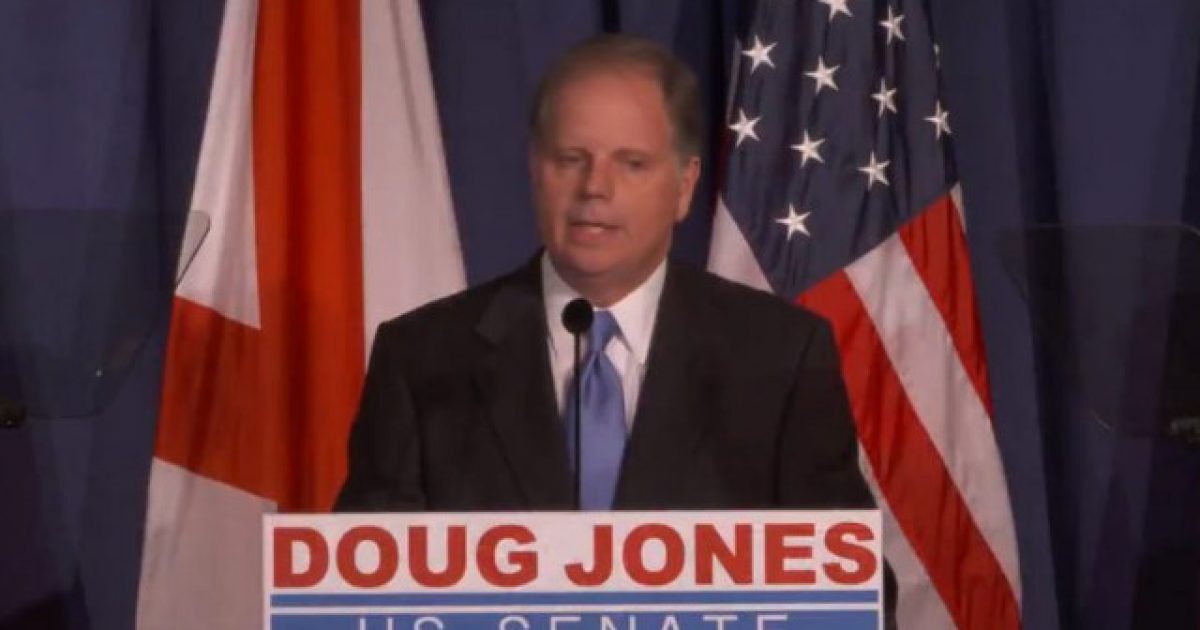 And what’s even worse is the fact that the mainstream media, who refused to do their actual job and perform a little due diligence, actually fell for the ruse.

Hoffman gave the operatives $100,000 for their project, which included creating fake conservative Facebook accounts to dissuade voters from supporting Moore, according to the Times.

“We orchestrated an elaborate ‘false flag’ operation that planted the idea that the Moore campaign was amplified on social media by a Russian botnet,” the operatives recounted in an internal report obtained by the Times.

Media outlets — both in Alabama and nationally — fell for the ploy and amplified the false narrative in October 2017.

Roy Moore just picked up a whole bunch of twitter followers. But they ain't from around here, comrade. pic.twitter.com/vJBPVxqWIW

The Montgomery Advertiser, an Alabama affiliate of USA Today, was the first to run with the story. Brian Lyman, the reporter on that story, did not immediately return The Daily Caller News Foundation’s request for comment. National media outlets quickly seized upon Lyman’s story.

The Washington Post focused its story on the fact that Moore blamed Democrats for the fake accounts. 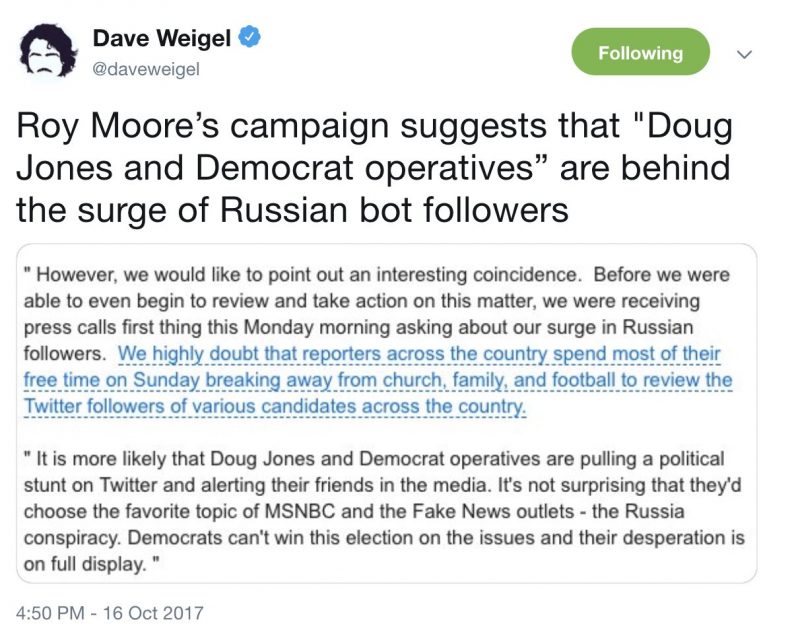 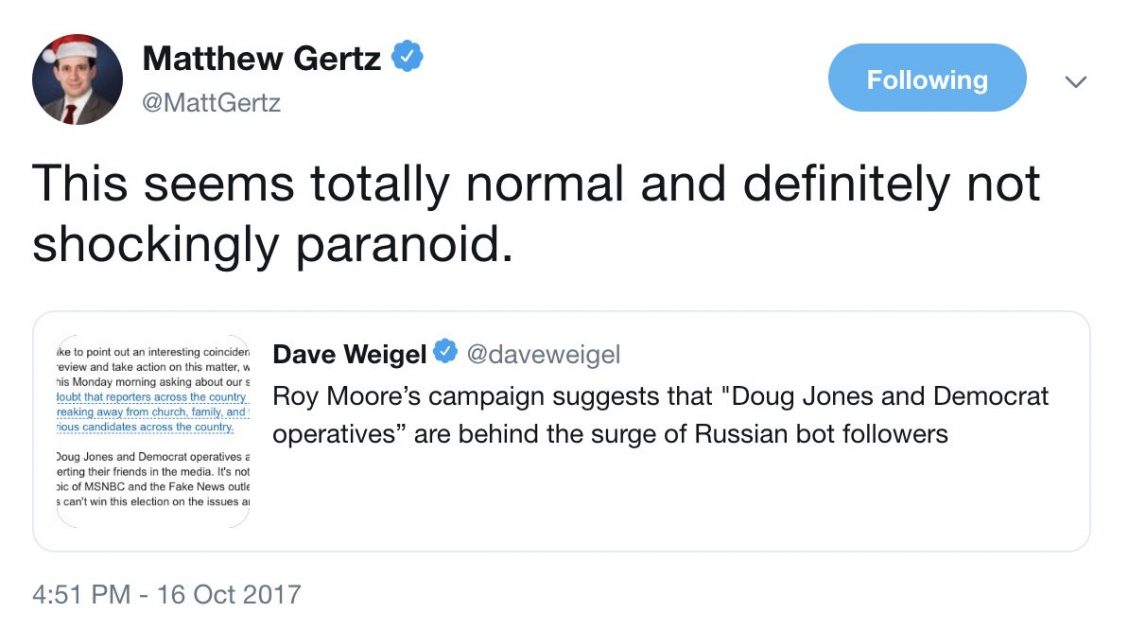 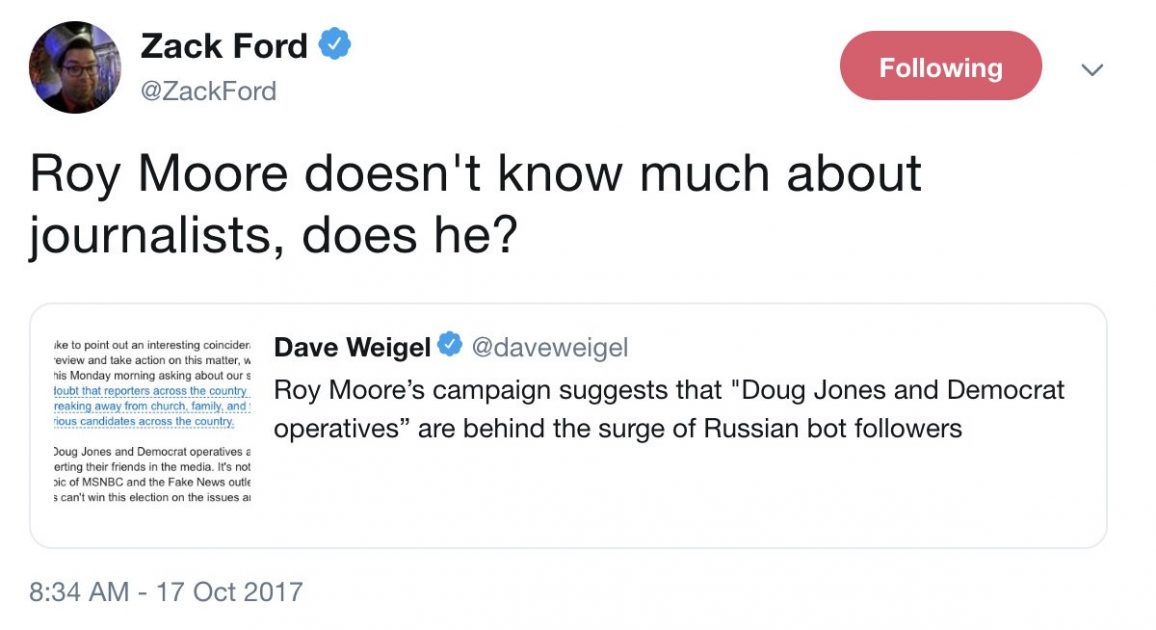 This should tell you just how sneaky, dirty, and underhanded liberals this day and age really are. They are willing to do anything, anything at all in order to win and push their agenda.

It’s quite clear these folks have no moral center, not a single lick of human decency, which is why it’s so, so important that conservatives not allow themselves to be dragged deep into the mud themselves when doing ideological battle against these folks.

Unfortunately, it’s not likely anyone will be held accountable for this nonsense, another testament to the corruption of modern politics. The law only applies to a certain group of individuals.