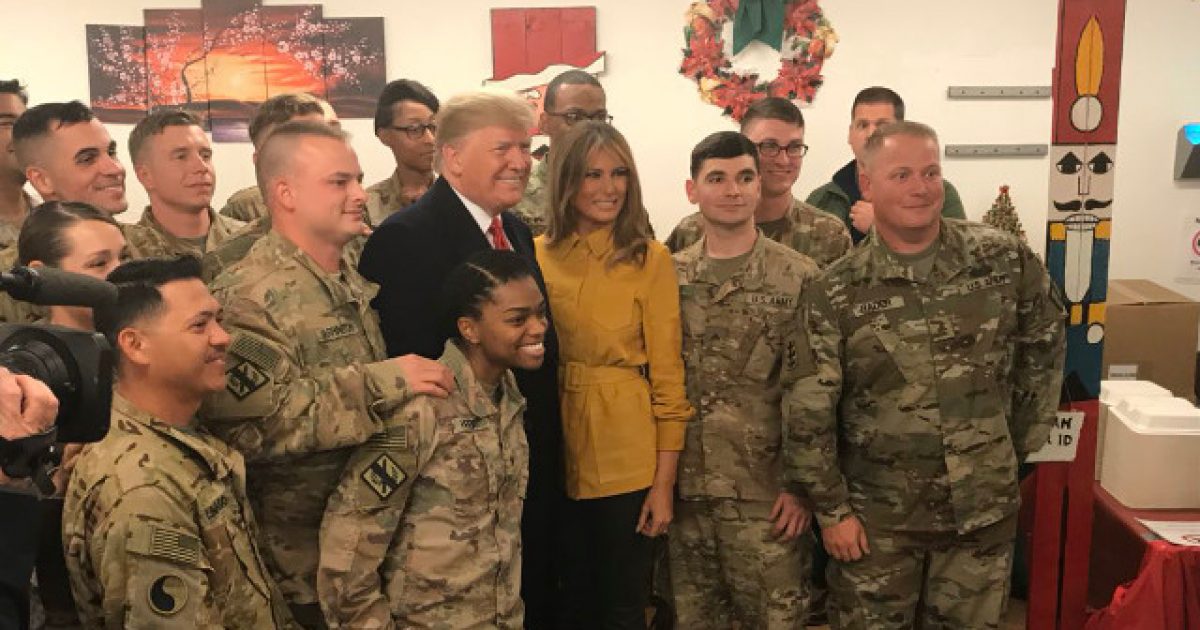 President Donald Trump and First Lady Melania made a surprise trip to visit the troops in Iraq on Wednesday, traveling to Al Asad Air Base.

Melania’s trip marks the first time that a first lady has ever traveled to an active combat zone. But do you think that’s what liberals and the mainstream media are focused on? Of course not.

They’re far too busy reporting on more hard hitting news, like mocking Melania’s footwear. These people are so petty it’s not even funny.

.@FLOTUS Melania and I were honored to visit our incredible troops at Al Asad Air Base in Iraq. GOD BLESS THE U.S.A.! pic.twitter.com/rDlhITDvm1

President Trump and the First Lady traveled to Iraq late on Christmas night to visit with our troops and Senior Military leadership to thank them for their service, their success, and their sacrifice and to wish them a Merry Christmas. pic.twitter.com/s2hntnRwpw

It’s Melania’s shoe choice that really stood out though. The Timberland boots are being called an “out of touch” style selection by some on Twitter.

Is Melania rocking combat boots or Timbs in Iraq?

They ragged on poor Melania so bad about her choice in shoes as the first lady she is now rocking timbs lol construction ones at that! Lol https://t.co/uCyVmN9XhN

Perhaps these fashion elites would like to share with the class what kind of footwear one would find appropriate to wear to a dry, sandy desert in the middle of nowhere?

Maybe, just maybe, she was wearing boots that would keep out the dirt and grime?

Regardless of the reason for her choice of footwear, the bottom line is, this is absolutely stupid to even be discussing this. Is this kind of mindless stupidity that has infiltrated the human brain in the era of social media?

It really feels like Twitter is making folks dumber, doesn’t it? Hard to ignore the fact that prior to the invention of social media, you didn’t really hear about non-stories like this.

It seems as if these kind of platforms are causing people to be stuck in some sort of strange extended adolescence.

Cartoon of the Day: We’re from the government, and we’re here to help
April 15th, 2021 Liberty Unyielding