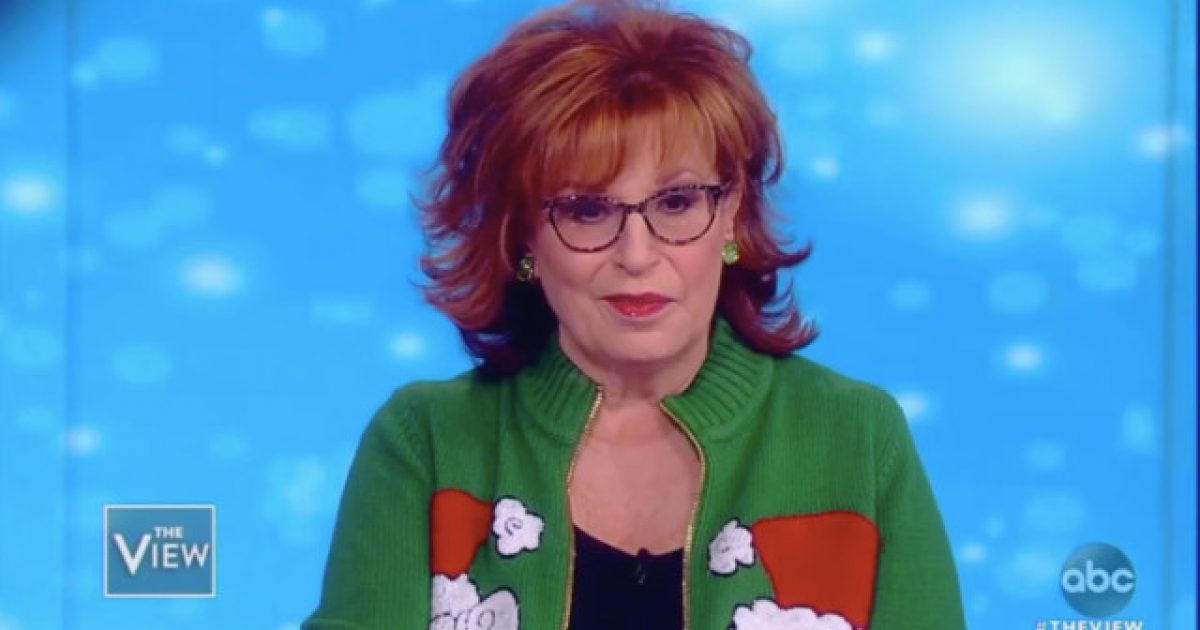 Joy Behar, cohost of “The View,” put Fox News on blast on Tuesday’s edition of the program, stating that President Trump is “the only president who has his own TV channel in history. [Former President Richard] Nixon didn’t have it, so [Trump] has Fox News, and Fox will just back him up.”

This is precisely why folks who aren’t knowledgeable about political matters should be kept far away from live television.

Unfortunately for Behar, we live in the Internet era and her comments were soon adjusted by some very inconvenient facts.

But two of her co-hosts on “The View” didn’t like that characterization very much and let Behar know about it.

Abby Huntsman — who used to co-host “Fox & Friends Weekend” — put the kibosh on Behar’s rant, telling her she should “be careful about” painting the cable news giant with such a broad brush. But Behar still forged ahead, saying Trump’s “failure as a president means their failure as a station. So they have everything invested in propping him up and backing his lies.”

Huntsman jumped back into the fray and asked Behar if she watched Trump’s interview with “Fox News Sunday” host Chris Wallace. Behar said she saw “some of it,” and Huntsman asked Behar if she believed “hard-hitting questions” were offered — and Behar actually managed a “yeah.”

“There are a number of folks [at Fox News] that very much push back on [Trump] and are not in his camp that are great journalists,” Huntsman said.

Meghan McCain — who used to co-host Fox News’ “Outnumbered” and was fresh off a headline-grabbing verbal throw-down with Behar the day before — rattled off a short list of Fox News journalists who don’t back Trump’s every move: “Bret Baier, Kennedy, Harris Faulkner, Shep Smith. I could go on and on and on. There are a lot of great people at Fox News.”

Behar decided to double down and stick to her guns.

The ignorance of Behar’s comment, though thoroughly dealt with by Huntsman and McCain is absolutely astounding. If Fox News was in the pocket for Trump, would they have seemingly opposed him so much during the 2016 presidential primary? Nope.

And they have offered plenty of pushback since then when they feel it is warranted. Compare that to how much resistance CNN or MSNBC gave to President Obama when he was in office, and it’s quite clear they gave him a lot of passes.

Guess they’ve conveniently forgotten about all of that.