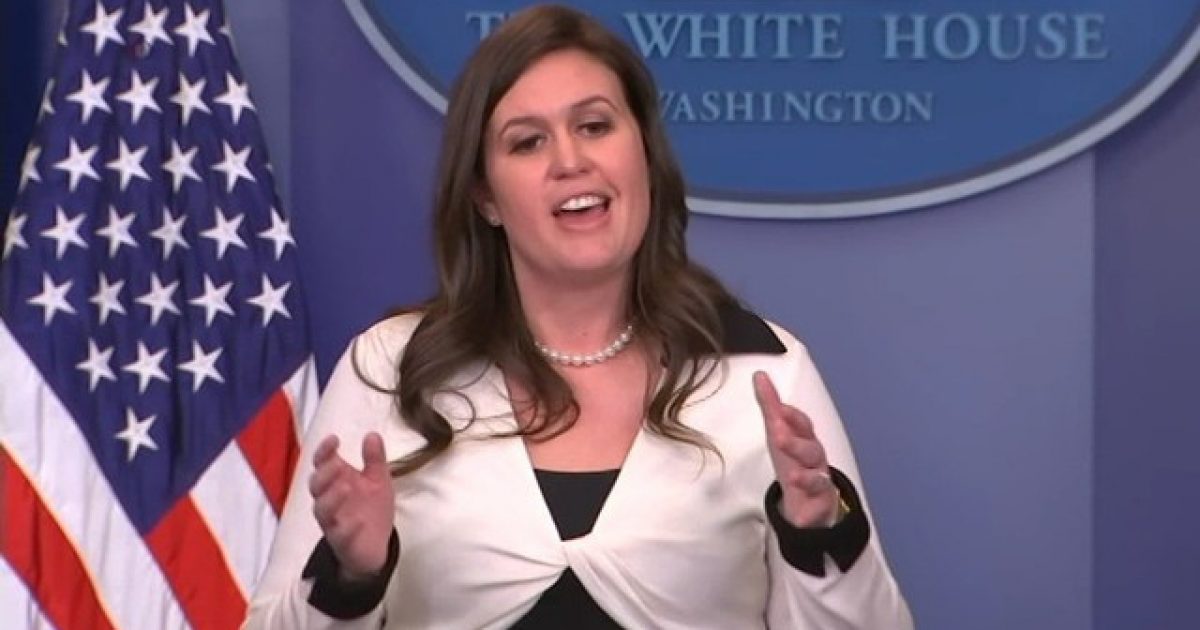 The comments that set Sanders off were remarks that were made after he was finished testifying in front of Congress over how he handled the criminal investigation into Hillary Clinton’s use of a private email server and for the use of the Steele dossier that was used to launch an investigation into then-candidate Donald Trump’s presidential campaign.

“Republicans used to understand that the actions of a President matter,” Comey lamented. “That words of a President matter, the rule of law matters in the truth matters. Where are those Republicans today? At some point, someone has to stand up and in the face of fear of Fox News, fear of their base, fear of mean tweets, stand up for the values of this country and not slink away into retirement, but stand up and speak the truth.”

Comey later said Republicans would have to “explain to their grandchildren what they did today.”

A few hours after Comey’s remarks, Sanders blasted him on Twitter.

“Republicans should stand up to Comey and his tremendous corruption – from the fake Hillary Clinton investigation, to lying and leaking, to FISA abuse, and a list too long to name,” Sanders tweeted. “The President did the country a service by firing him and exposing him for the shameless fraud he is.”

Republicans should stand up to Comey and his tremendous corruption – from the fake Hillary Clinton investigation, to lying and leaking, to FISA abuse, and a list too long to name. The President did the country a service by firing him and exposing him for the shameless fraud he is

Comey, a man who completely set aside any sort of upstanding personal values or ethics in favor of helping a presidential candidate escape being held accountable for breaking the law, simply to advance his own political agenda, wants to lecture the Republican Party on the moral actions of a president?

This is a fine display of the hypocrisy that has come to define the Democratic Party and all of those who ascribe to it’s twisted progressive ideology.

Sanders nailed Comey to the wall over this and she couldn’t be more right. Conservatives should definitely stand up to this man and his hypocrisy.