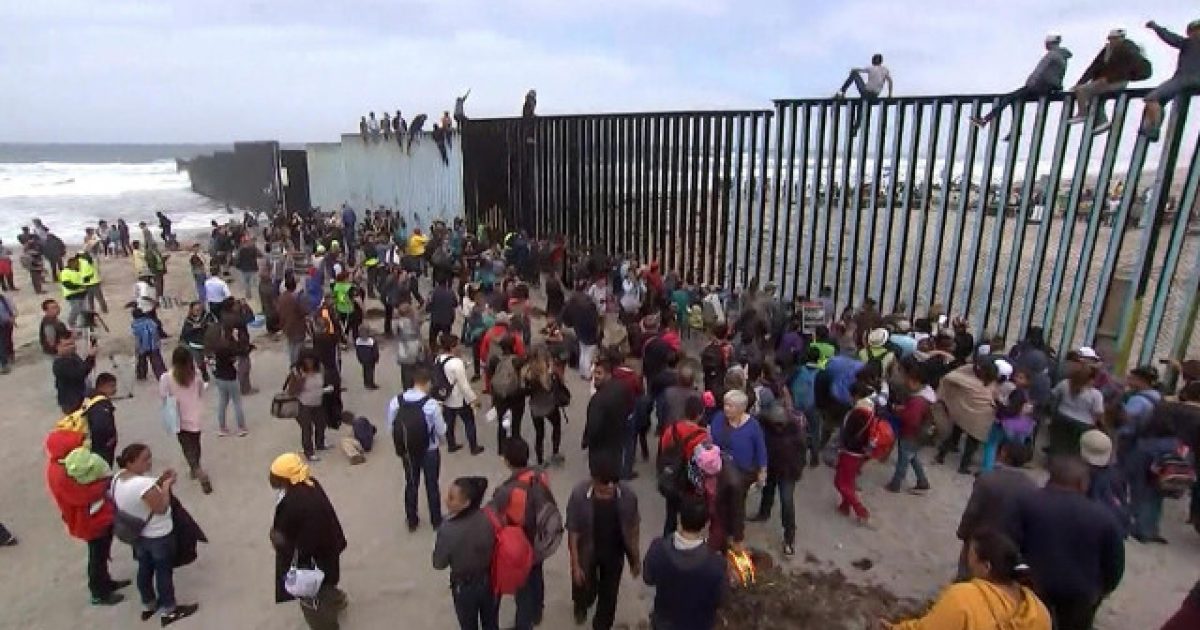 The Department of Immigration and Customs Enforcement definitely made some immigrants very, very happy this holiday season by releasing hundreds of them seeking asylum into the state of Texas right before Christmas.

And it doesn’t look like the organization is done either. Apparently hundreds more are due to be cut loose on American soil.

Local aid groups complained that ICE provided no prior warning before dropping off the more than 200 migrants at the bus depot in El Paso without money, food or means of communication. They were released late Sunday evening.

CNN’s Nick Valencia reported that ICE plans to release more than 500 more migrants seeking asylum in the same city on Wednesday, but with more cooperation with local aid organizations. They will also be released in Las Cruces, New Mexico.

Valencia reported that he spoke to a migrant who had been released by ICE, but he told him that he was not seeking asylum, and would instead head to Missouri.

While the @realDonaldTrump admin tells us we shouldn’t expect migrants to be released today from @CBP custody, I just spoke to a migrant at the bus station in El Paso who says he was just released from a hielera. He says he’s on his way to Missouri and not applying for asylum.

Rep. Beto O’Rourke (D-Texas), who lost his bid to unseat Senator Ted Cruz (R-Texas) in the midterm election, criticized ICE for the action and helped publicize the plight of the migrants.

“We’re trying to ensure that ICE gives the community notice next time when they know there’s not going to be space in existing migrant shelters,” O’Rourke said in a Twitter video, “to give the community 24 hours heads up so that we can find hotel rooms, beds, alternative shelters, volunteers.”

This topic is forever going to be one of the hot button issues that divides folks on the left and right. However, the main problem of concern here is whether or not these individuals are planning on going through proper channels and eventually becoming contributing members of society or not.

Most folks like this enter the country and jump on to the welfare system with no plans to pay taxes and support the system they are freely taking advantage of. These resources are for supposed to be for Americans, and even then, we’d all like to see less individuals on the system and more self-reliant.

Guess we’ll have to wait and see what kind of impact this has on things as the situation unfolds.