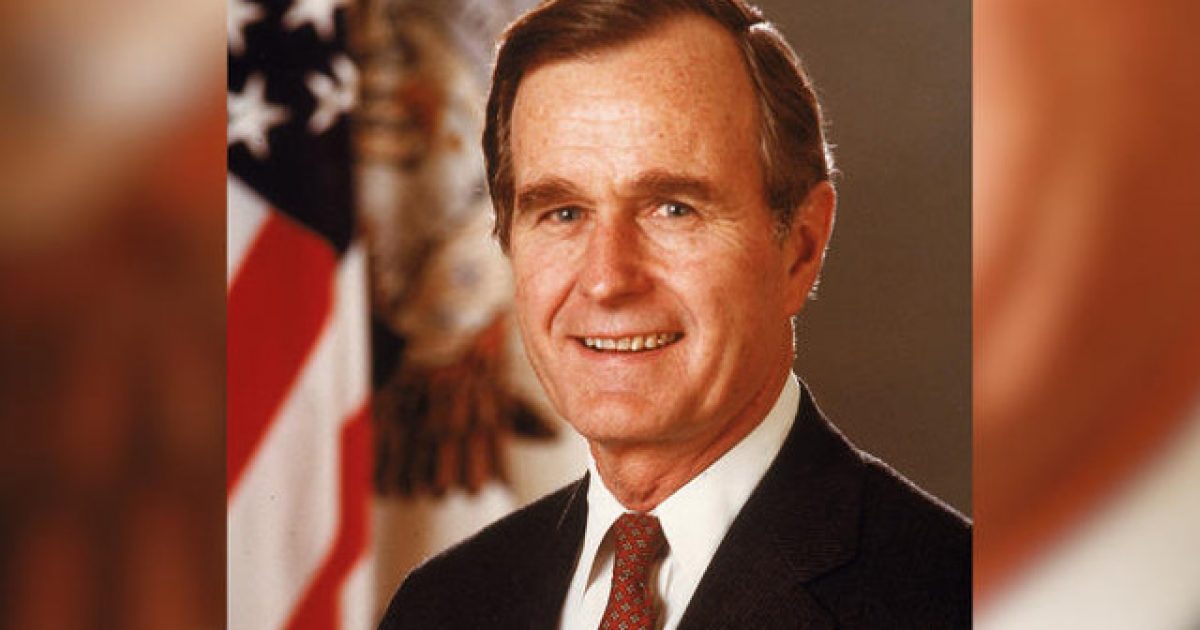 On Wednesday of this week, former President George H.W. Bush was laid to rest after his passing on Saturday at the age of 94, full of days. While his time in office is packed with many great achievements that positively impacted our nation, perhaps none have more tangible results than the pro-life policies of his administration, which saved the lives of many unborn children.

However, Bush was not always a staunchly pro-life individual. The story of how he came to hold this position is beautiful and should be read by every American.

According to then-president of the National Right to Life Committee Dr. Jack Willke, Bush described himself as “pro-choice” when he was named as the Republican vice-presidential candidate under would-be President Ronald Reagan. Dr. Willke explains that he “briefed” Mr. Bush for hours before there was change of heart.

As soon as he was notified that Bush was named to the ticket, reports Life News, Dr. Willke rushed to the hotel that housed the Republican HQ at the time of the campaign and asked to see the VP candidate. After explaining the reason he was there to Reagan’s campaign manager, Bill Casey, Willke was seated alone with Mr. Bush to make his pro-life pitch.

“Jack stressed to Bush the need to elect Ronald Reagan, he conveyed the complication of having a running mate who supported abortion and suggested to the candidate that he brief him on the abortion issue. Mr. Bush began to share his opinion on the issue, but Jack interrupted him saying that he’d rather hear Mr. Bush’s position on abortion after the briefing,” reports Life News.

“I need four hours to thoroughly brief you,” insisted Willke, to a shocked Bush. “We represent a lot of pro-life Americans. If we can tell them that you thought this issue was so important, you dedicated a substantial amount of time to be briefed, it will make a favorable impression on our people.”

“You make a valid point. Let’s do it,” Bush answered, according to Willke.

Willke visited Bush’s Kennebunkport, Maine home a few weeks later, this time with a slide projector and a full presentation, which emphasized both “the beauty of life in the womb, as well as the shocking reality of what abortion does to babies and their mothers,” and addressed the key arguments surrounding the issue.

Then came the moment of truth: Willke wanted to know if his pitch had changed Mr. Bush’s position.

“​I wasn’t here before, but I am now,” Bush told Willke. “I will support an amendment to the Constitution to forbid abortion and overturn Roe v. Wade, as a state’s rights amendment.”

It’s likely that former President Bush simply didn’t possess the knowledge about the ins and outs of abortion that Willke did, though his heart was obviously soft and his mind open to learning.

These were the days before the Internet when information on everything you could possibly think of wasn’t at your fingertips.

Anyway, the point is, he had his heart and mind opened to the horrors of abortion and he took action accordingly, backing up his pro-life claim with action.

Bush has a rich history and legacy that will live on through his children, grandchildren, and the policies he helped shape, forever.