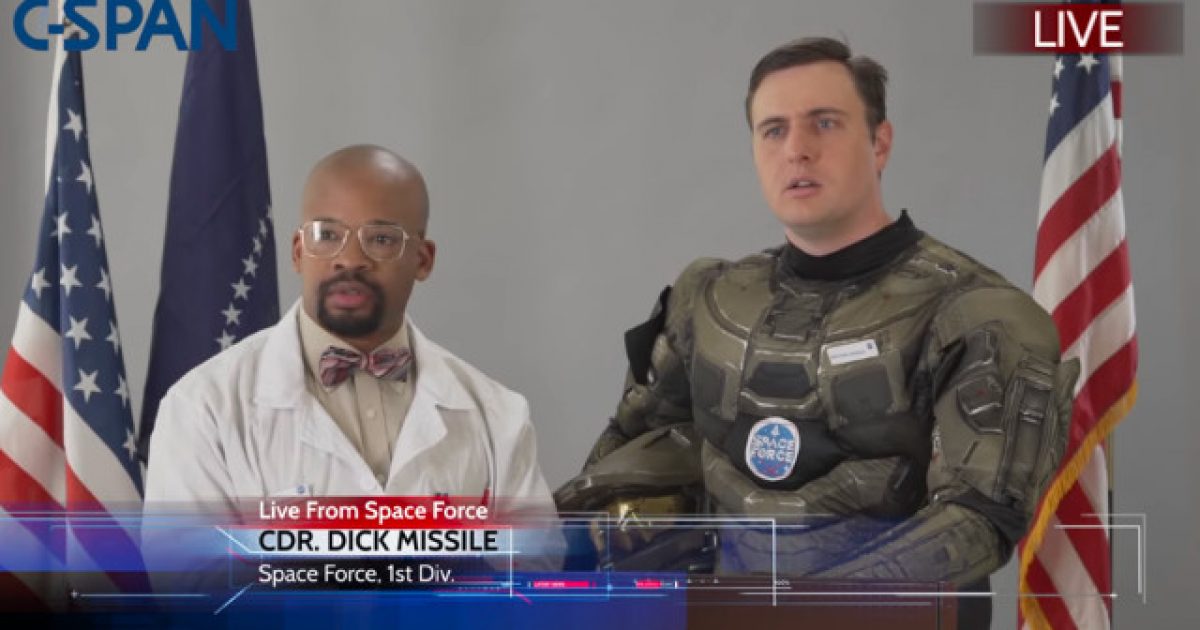 Popular sketch group “Riot Act” has released a new video that is a perfect lampoon of the insanity surrounding the #MeToo movement, and it’s hands down one of the funniest things you’ll see on this particular topic.

The skit is written by Adam Yenser, a writer for “The Ellen Show” and is directed by Paul Bois, a writer for the Daily Wire. You’ll love this.

The sketch focuses on a doomsday scenario wherein an astroid is headed straight for Earth and only one man has the ability to save the world: an MIT-educated 1st Division Space Force commander named, aptly, “Dick Missile.”

But upon accepting the mission to save the world, Dick Missile becomes plagued with Kavanaugh-esque vague and years-old accusations of sexual misconduct by Brave Women™.

“Dick Missile harassed me!” shouts a reporter in the middle of a press conference concerning the mission. “He harassed me! The sexual kind.”

While working at Radio Shack in his pre-Space Force days, Dick Missile “alerted me and said, ‘I want to explore Uranus,” shouts the reporter.”

“Oh, come on. I was trying to be an astronaut!” he answers.

This is proof positive that conservatives can and do have a great sense of humor. More videos and skits like this need to be created and broadcast far and wide.

One of the main ways we can win the culture war is by creating quality entertainment that will reach a wide audience and connect with largest number of individuals possible. Using the medium of video is certainly a great way to accomplish that.