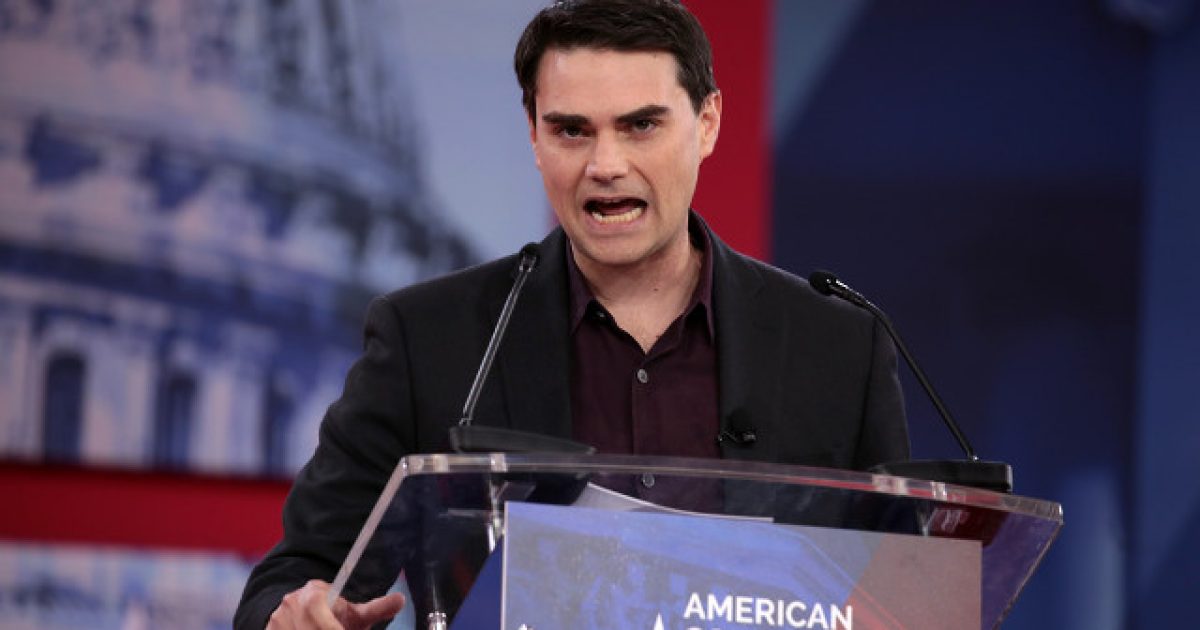 Without a doubt, Ben Shapior, editor-in-chief of the Daily Wire, is the sharpest mind in the conservative movement. This is likely why the left fears him so much and why so many liberals on college campuses across the country go to such great lengths to prevent him from coming to their campus and delivering truth right to their front doors.

Who would want to debate or discuss critical issues like abortion and freedom of speech with a well educated man with a reputation for intellectually dwarfing anyone who attempts to take him on head-to-head?

Recently, Gonzaga University told Shapiro he’s not welcome there at the school. His response is pure awesomeness.

“Shapiro’s appearances routinely draw protests that include extremely divisive and hateful speech and behavior, which is offensive to many people, regardless of their age, politics, or beliefs,” she explained.

Gonzaga College Republicans President Olivia Johnston — who reportedly filed the request for Shapiro to deliver a speech at the university — told the outlet that she thinks it’s “beyond exciting” that Shapiro wants to visit the campus.

“He will bring an intellectual take on conservatism that is normally so absent at Gonzaga,” she said. “He is coming, now it’s a matter if the school wants to be the reason they aren’t abiding by the promises of our Jesuit education. All the details come after the approval.”

In a recent interview with Seattle-based conservative radio host Jason Rantz at KTTH-FM, Shapiro responded to Biggs Garbuio’s remarks about his presence on campus.

“[W]e can’t have me [at the schoo] because we don’t want the people who are yelling at me, which is a basic violation of First Amendment principles,” Shapiro mused.

“Gonzaga is a private school obviously, so that changes the math a little — they can do what they want,” he offered. “But by the same token, if you are worried about your student body being exposed to interesting ideas because people are going to protest, all this does is create an incentive for people to protest and make trouble.”

“That works both ways,” Shapiro noted. “If the new rule is that they will bar anyone from coming to campus who draws protests, why wouldn’t right wingers go out and protest Angela Davis, who spoke there within the last five years — who was an honest-to-God former terrorist who was on the FBI’s most wanted list?”

“The fact that they openly say this is even more amazing,” he concluded.

Is it just me or does it seem like a vast majority of the younger generations currently in college are incredibly weak, fragile, and incapable of handling, intelligently, people with different worldviews than their own?

Needing a safe space is a sure indication of immaturity. How are these kids going to function when they get out in the real world and life starts dealing out knuckle sandwiches?

There’s nowhere to hide from life. There are no safe spaces in the work place. You aren’t going to be able to hide from people who are different from you in the real world. Not without hindering your ability to function properly.

These young folk are in for a rude awakening upon graduation. Which is exactly why they need to hear from Ben Shapiro. He’ll rip the bandaid off and help get these young folk ready for the challenges that are really waiting for them on the other side of academia.