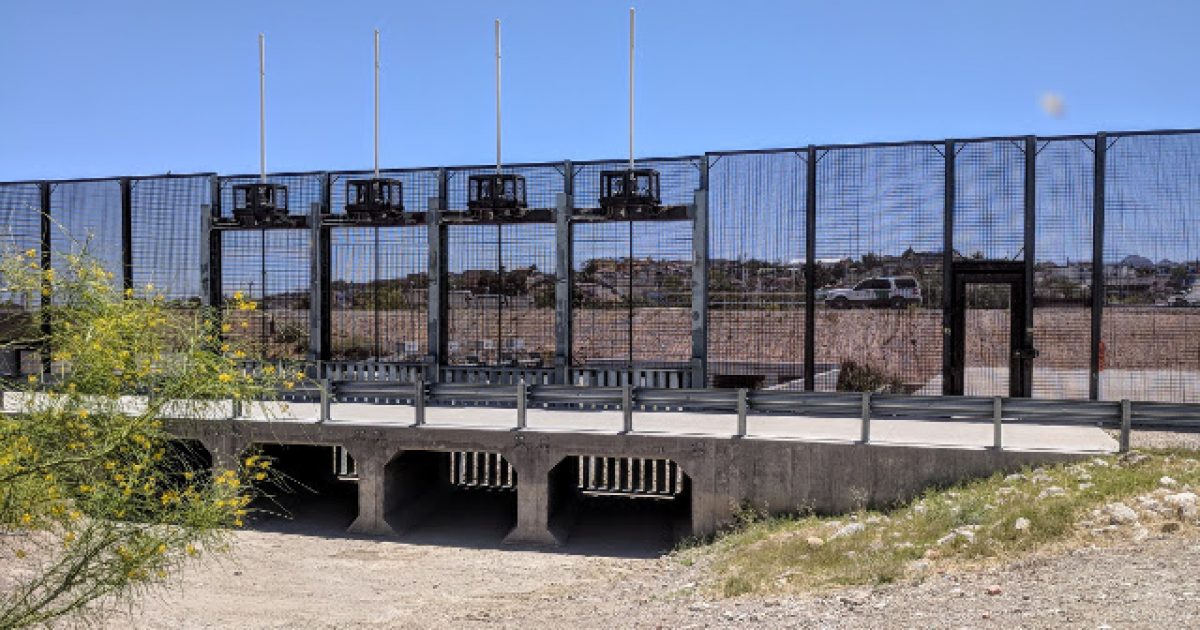 Triple-amputee Air Force veteran Brian Kolfage of Florida has decided that if the government isn’t going to do their job to keep America safe by securing the border, then he will.

But not alone, of course.

Kolfage has started a GoFundMe page to raise money for the U.S.-Mexico border wall that President Trump promised to build during his presidential campaign, but unfortunately, has hit a snag with getting it funded.

What’s truly insane about all of this is how much money Kolfage has managed to raise in just three days. You ready for this? He’s raised $400,000. Yowza.

Kolfage created the campaign on Sunday, which is titled “We the People Will Fund the Wall.”

The crowdfunding goal is $1 billion to help fund President Donald Trump’s U.S.-Mexico border wall — one of the president’s original campaign tent poles and a point of contention on both sides of the aisle.

Kolfage page states that “[i]t’s up to Americans to help out and pitch in to get this project rolling.”

“If the 63 million people who voted for Trump each pledge $80, we can build the wall,” Kolfage continues. “That equates to roughly $5 billion, even if we get half, that’s half the wall. We can do this.”

Kolfage adds that as a triple-amputee veteran with a family of his own, he feels it’s important to “ensure future generations have everything [U.S. citizens] have today.”

“As a veteran who has given so much, 3 limbs, I feel deeply invested to this nation to ensure future generations have everything we have today,” he writes. “Too many Americans have been murdered by illegal aliens and too many illegals are taking advantage of the United States taxpayers with no means of ever contributing to our society.”

Kolfage says that Democrats will stall the U.S-Mexico border wall “by every means possible” and will “play political games to ensure President Trump doesn’t get his victory.”

“They’d rather see President Trump fail than see America succeed,” he adds, calling the wall “our duty as citizens,” and compares it to the WWII generation raising war bonds.

“[If] we can fund a large portion of this wall, it will jumpstart things and will be less money Trump has to secure from our politicians.”

The crowdfunding page has now been shared on Facebook over 100,000 times as of the writing of the original source quoted above, and has been receiving donations by the minute. In fact, one donation alone was $5,000.

Now, what the left will want you to believe about this project is that, at it’s core, it’s racist. Folks want to keep out Mexicans because they hate the “brown man,” but that’s simply not true at all.

It’s not only folks from Mexico who cross over through that particular part of the border. Anyone who wants to sneak into this country through the southern border needs to be stopped. We are a nation of laws, and if folks aren’t willing to respect those laws, are they really the kind of people we want to invite into our culture and society?

The answer is no.

Anyone from anywhere in the world who wants to come here legally and contribute to our society is more than welcome. In fact, the more of these individuals the merrier! It truly doesn’t matter what your skin color is, your religion, whatever. If you want to be part of America and you respect our laws, please come on in!

HOLY HELL! What Ted Cruz Just Did To Illegal Alien Loving Dems Have Them In PANIC MODE!
AFF