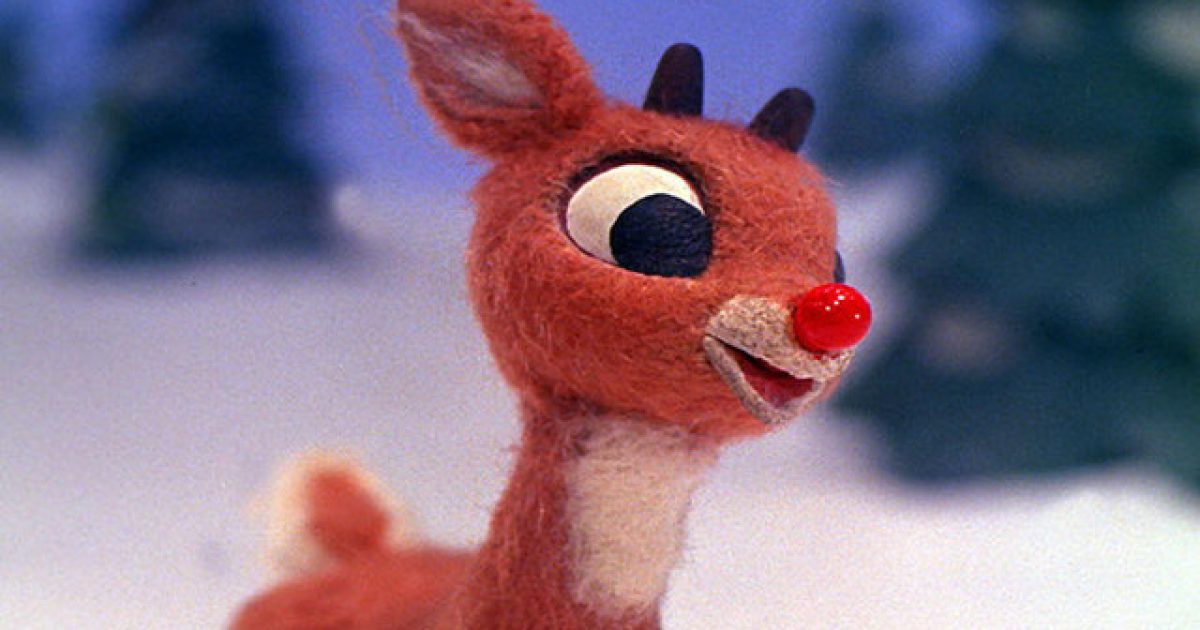 The Huffington Post is apparently trying to shake the ring rust off their fighting hands as they gear up for their Christmas bash — and we’re not talking about a party — setting their sights on the beloved Christmas classic, “Rudolph the Red-Nosed Reindeer.”

Because nothing is allowed to ever be a delightful piece of entertainment for the family. Everything has to be political. Can you just imagine how miserable these people must be to constantly be engaged in politics to the point they can’t enjoy a cartoon?

Titled “Rudolph, The Marginalized Reindeer,” the video starts with the other reindeer calling Rudolph names, such as “fire snout,” “rainbow puss,” and “red schnoz.” Rudolph turns to them and cries, “Stop calling me names!” As the video continues with scenes from the story, the screen reads. “Rudolph the Red-Nosed Reindeer is a holiday classic that returns to TV each holiday season, but lately, viewers are noticing the tale may not be so jolly after all and they’re sharing their observations online.”

The screen then shows various tweets attacking the classic, with statements such as, “Yearly reminder that #Rudolph the Red-Nosed Reindeer is a parable on racism & homophobia w/Santa as a bigoted exploitative prick.” “Santa’s operation is an HR nightmare and in serious need of diversity and inclusion training. #Rudolph” “

HuffPo continues, “Former fans are pointing out Rudolph’s father verbally abuses him.” “Santa berates Donner for his son’s nose.” “The school coach encourages bullying.” “Donner forbids his wife from joining the search for their son.” “Clarice’s Dad is a bigot.” “Even the elf is an outcast for wanting to be a dentist.”

The video concludes with one last tweet in which someone writes, “An appropriate bit of wisdom for #Rudolph. It’s good we don’t fit in. It means that we aren’t assh***s.”

Of course, HuffPo misses the point; in the end, Rudolph is redeemed, the guilty parties apologize, and there’s a happy ending. Still, it’s awfully thoughtful for HuffPo to be so concerned about the welfare of children watching the show, awfully compassionate for HuffPo to worry about the deleterious effects of such depraved entertainment. Especially because HuffPo runs pieces that show how much they care about the innocence of children, like this one from March 2018 in which the author says to “make every class sex education.” The article stated:

There’s a way to end this century-long trend, in which sex ed lands low on the list of learning priorities, whether begrudgingly or by design: Make every class sex education.

Picture this: Preschoolers practicing consent by asking each other before hugging or pushing on the swings. Kindergartners calling “private parts” by their anatomical names without shame in science. Middle-school students of all genders learning not just about “managing” menstruation in health class but also how it is experienced across cultures, from the surprisingly deregulated American tampon industry to how lack of access to feminine products keeps African girls out of school. Teenagers analyzing romantic scenes in in English class. Students of all ages contemplating philosophies of free will and asking how sex shapes history, from defining marriage to policing prostitution to Roe v. Wade.

The people who write this drivel must be a real hit at parties.

The entirety of their career is just taking awesome things and turning them into puff pieces to spew their political ideology with, ruining everything they touch with the corruption of leftist thinking.

Look, there’s nothing wrong with engaging the themes and messages in entertainment. It’s necessary. But creating issues where none exists is obnoxious and annoying.

Time for HuffPo to get a clue.