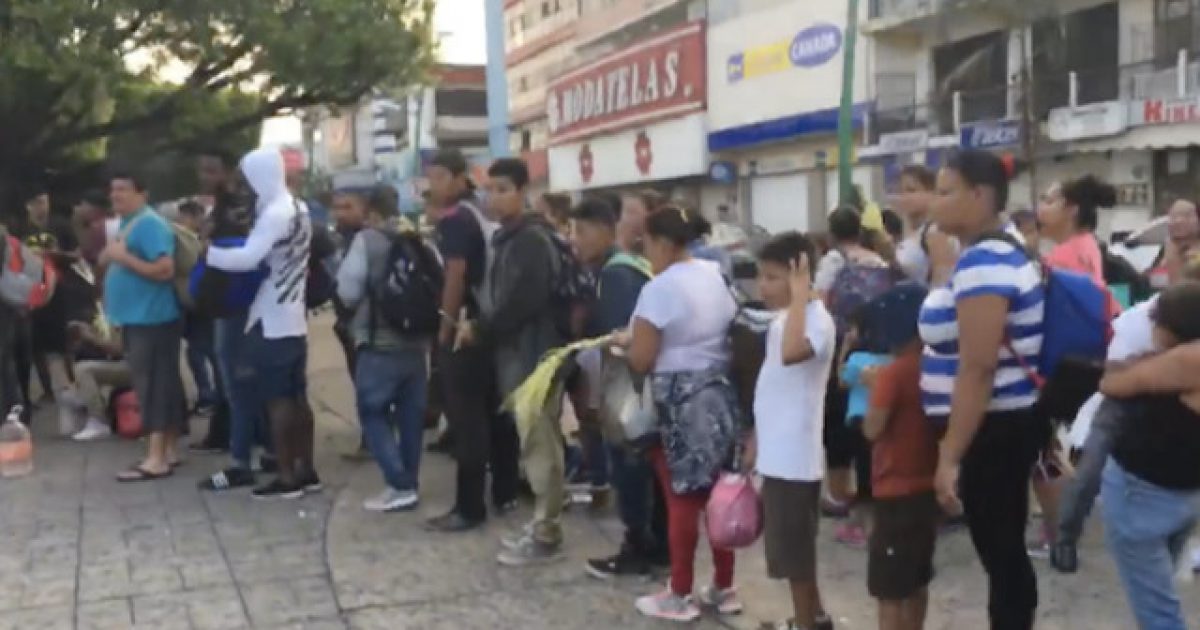 Authorities have revealed that they caught a convicted murderer attempting to sneak into the United States who was part of the migrant caravan that is trying to push its way across the border.

The MS-13 gang member was from Honduras and had been serving a prison sentence for murder in the country just four months ago.

“Homeland Security said Friday that a convicted murderer was among the members of the migrant caravan, and was caught trying to sneak into the U.S. late last week,” The Washington Times reports. “Until four months ago Miguel Angel Ramirez, 46, was in a Honduran prison serving time for murder, authorities said. On Saturday he was nabbed near the San Ysidro border crossing along with two other Honduran illegal immigrants, having just crossed without permission.”

Like the MS-13 gang member, Jose Villalobos-Jobel, 29, Ramirez told authorities that he was among the thousands of migrants in the caravan that is amassing at the U.S.-Mexico border near Tijuana.

DHS has emphasized that Villalobos-Jobel and Ramirez are not the only criminal elements among the caravaners: the department says that some 600 identified criminals have been traveling with the caravan, which currently numbers over 8,000 migrants.

“As DHS confirmed weeks ago, there are at least 600 known criminals in the caravan flow,” spokesman Tyler Houlton said in a statement, USA Today reports. “The fact that Border Patrol arrested a murderer within the first caravan-related apprehensions at our southern border proves how real the threat of the caravan is to our national security and public safety.”

Every freedom loving American wants to have the best and brightest folks in the world come and join our country. So long as these individuals respect our laws, our culture, and our customs, they are more than welcome here.

However, those who want to force their way in through our backdoor have already proven themselves to be lawbreakers, and as a result, they shouldn’t be allowed to enter.

This caravan is harboring a large number of dangerous criminals and simply cannot be allowed free access to our country. It puts our citizens at risk, along with our limited resources.

If only the left understood this.