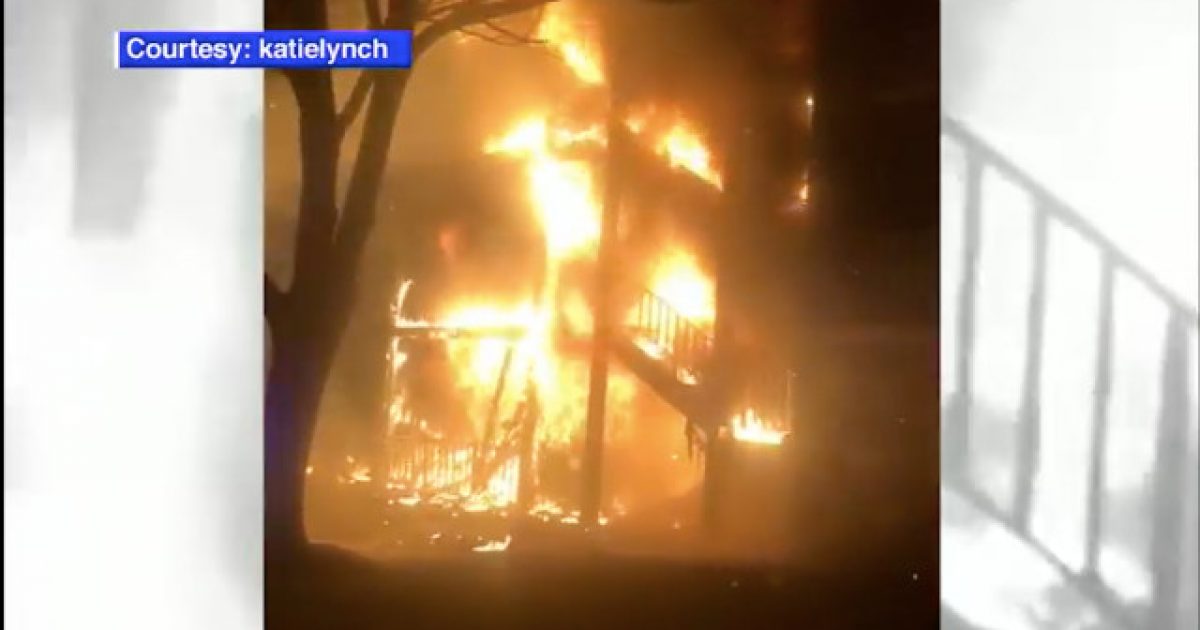 Two children and two adults are thankful to be alive after being trapped in their condo after a massive fire broke out in their building.

The family was rescued by a brave and selfless police officer who actually scaled the building to help them escape from the flames.

This, ladies and gentlemen, is what a hero looks like.

When Port Authority Police Officer John Shaughnessy noticed flames coming from a condo near his own home Saturday night, he immediately sprang into action, going to assist North Brunswick police, who were just arriving on scene.

Shaughnessy and the responding officers began banging on windows and the walls of the first floor units to alert occupants about the fire. Police body camera shows video of the officers running to help.

Unfortunately, the only way out of the building was a wooden stairwell right in the middle of it, which was fully engulfed with flames.

A family of four, two grandparents, a 4-year-old girl and her 6-month-old brother, ended up trapped on a second floor balcony, so North Brunswick Officer Joe Grasso quickly scaled the building to reach the victims.

“I did a pull up onto the second floor balcony, and from that point, I started to assist lowering the children down to my fellow officers,” Grasso said. “It was very terrifying.”

The officer gently dropped the two children, wrapped in blankets, down about 15 feet to Shaughnessy, who was waiting below with additional emergency personnel.

Grasso then slowly lowered the adults, who were so afraid they couldn’t even move.

It’s always wonderful to hear a story that has a happy ending. While a lot of property was destroyed in the fire, the good news is these people escaped with their lives, thanks to the brave actions of police officers who took “protect and serve” to the next level.

Being a cop is a hard job. One that goes without a whole lot of “thanks,” which, as you can see, is a crying shame. Perhaps if each of us would just take the time to thank our local law enforcement for the hard work they do every day to keep us safe, it would make the job a bit more enjoyable for them.