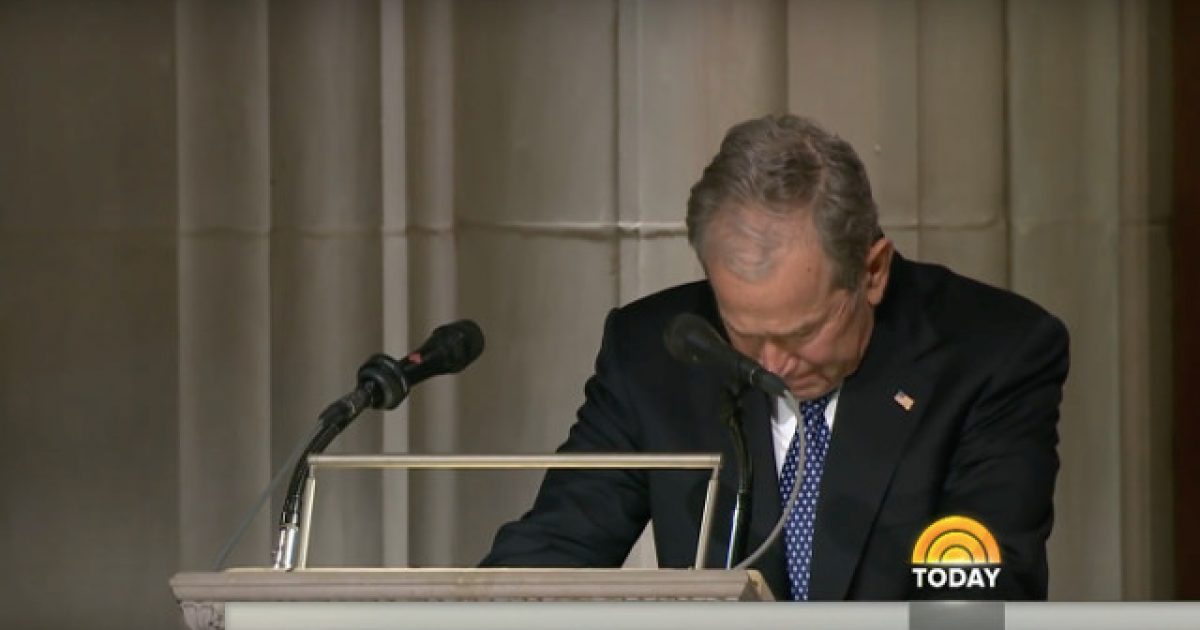 We all know that social media has quickly transformed from a fun platform to stay more connected with family and friends into a free-for-all for the most vile, disgusting behavior mankind is capable of.

Just read the comment section on just about any piece of content, and you’ll see for yourself.

A Democratic socialist professor has learned this lesson the hard way after she was ridiculed horrifically online for stating that she wants to give former President George W. Bush a hug due to his mourning the loss of his father.

However, her response to the criticism is what might surprise you.

On Wednesday, professor Claire Potter of the New School in New York City, wrote, “I opposed George W. Bush in all things for eight years. Now, all I can think about is that he has lost both parents in one year, and I just want to hug him.”

I opposed George W. Bush in all things for eight years. Now, all I can think about is that he has lost both parents in one year, and I just want to hug him.

The backlash to Potter’s tweet was fast and furious.

One user wrote, “Sounds about white.”

Another added, “I mean, he sat his hands while Black people were being drowned by Katrina, but okay. You do you.”

“The fact that you are a professor of history is very, very distressing,” another user quipped.

Yet another responded, “Now he only has to lose 999,998 other loved ones to understand the impact of his war crimes.”

Here’s how the professor responded to the deplorable lack of understanding put forth by these despicable people.

Potter, clearly shocked by the negative blowback from expressing a simple identification with a human emotion — with zero politics in tow — responded with two classy tweets.

In one, the professor wrote, “Re. today’s Twitter event: my best advice when involved in a Twitter dispute, or when voicing feelings about others, is from Luke 6:31: ‘Do to others as you would have them do to you.’ I don’t always remember that, but when I do I am never ashamed of my words or actions.”

And seriously — who would you prefer to be loved by, God or Twitter?

This professor has some very bad, bad economic views, and likely some awful social positions, yet she’s got enough decency left in her soul to try and seek some common ground as a fellow human being with someone she no doubt disagrees with.

We need more people like the professor, folks who are willing to sit down and have peaceful conversations about our belief systems, seeking the truth in all things.

What we don’t need is more keyboard warriors banging away on their devices — which are produced by big corporations, by the way, something these same individuals claim to oppose — causing more division in our nation.

Here’s to praying that we all try to be a little bit kinder to each other in the future.