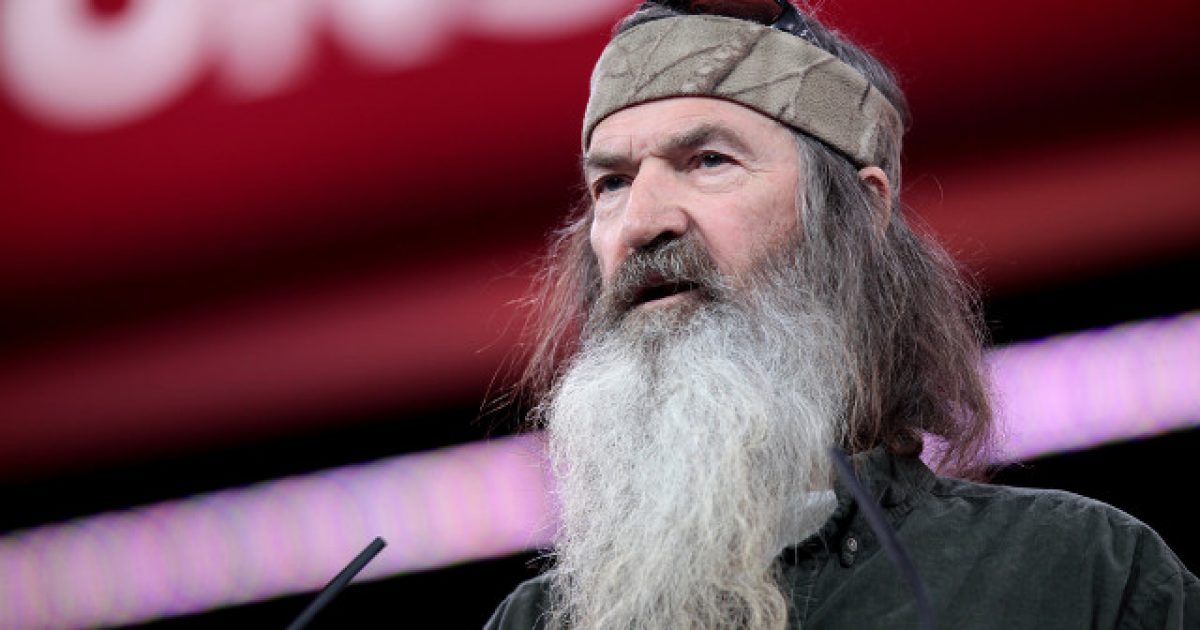 Phil Robertson of “Duck Dynasty” fame, is finding himself back in the headlines again after releasing a new book that critics have been having a field day bashing.

Robertson, 72, decided to address the criticism and his response is absolutely perfect in just about every way. If you’re a person of faith and receiving pushback from the culture around you for being open about your faith, this will encourage you.

Robertson, 72, was also quick to respond to the publication’s response to his new book, “The Theft of America’s Soul: Blowing the Lid Off the Lies That Are Destroying Our Country.”

“Reading it feels like being upbraided by a passionate preacher,” the review stated.

“The Publishers Weekly review is exactly what I hoped for,” Robertson said in a written statement. “I decided from the very beginning that I would tell it like it is because I have not — and will not — be ashamed of the Gospel of Jesus Christ. God’s truth is always right, and I’m very proud that this notable publication has accused me of preaching.

“And preach I will — more of it, and louder. That’s exactly why I wrote ‘The Theft of America’s Soul’ to begin with. It is one long sermon from my heart to the soul of America,” he added.

Here’s a snippet of the first chapter of Robertson’s book. This is a goodie:

The last time I checked, God ain’t dead. He is very much alive. It’s a fact. What’s more, the latest polls I’ve seen indicate that the vast majority of Americans know this to be true. More than 90 percent of Americans believe in God.But despite the fact that God isn’t dead, despite the fact that the majority of us believe that to be true, why do so many Americans seem to continue down the road of their isms? Why do so many continue toward death and destruction?

I suppose the Devil makes them do it.

Robertson goes on later in the book to detail the time he shared the gospel with President Donald Trump, which is exactly what a true, blue believer in Christ should do if given such an amazing opportunity.

I don’t know if President Trump had ever heard the truth of God before that day, and I don’t know whether he’s accepted the message I shared with him. But here’s what I know: like all of us, God has written the truth of His law on the president’s heart. And so, sooner or later (if He hasn’t already), I pray that God sees fit to lead him into that truth. I hope President Trump has a freeing encounter with the God who is most certainly alive, the God who cannot be killed by human hands.

Our modern culture is very hostile to religion, particularly the Christian faith, which shouldn’t come as any big surprise. Jesus Himself warned us long ago that those of us who are people of faith would experience this particular struggle.

However, believers in Jesus Christ have the power of the Holy Spirit dwelling within their souls, giving them strength to stand against this persecution and boldly proclaim the saving power of the gospel.

Phil Robertson is proof this is true.

Let’s all take a cue from Robertson and not allow a faithless world to intimidate us into silence. The truth is far too important for that.