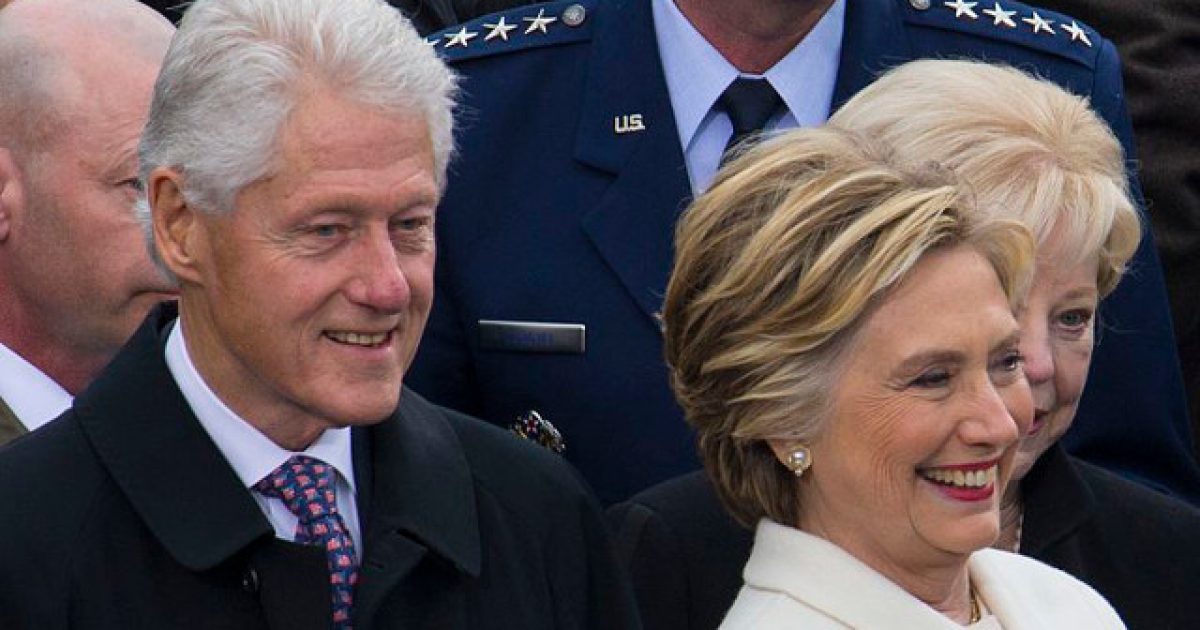 Former President Bill Clinton and his blushing bride Hillary seem to be like a bad rash that no matter how much lotion or ointment you put on, just keeps coming back and getting worse.

We all hoped after Hillary bombed during the 2016 presidential election, she’d get the hint and bow out of a life of public service and activism. Unfortunately, that hasn’t been the case. In fact, she seems to be more active than ever.

However, it looks like the general public might be ready to move on past the Clintons. The evidence? There ticket sales are now the same price as a Big Mac meal at McDonald’s.

Not enough proof? Well, there’s this, too: New York Times columnist Maureen Dowd is finally sick of them.

The former first couple opened a 13-city speaking tour late last month with a premiere event in Toronto (why they think anyone in Canada wants to hear them whine about Hillary’s crushing defeat in the 2016 presidential election is anybody’s guess). They pulled just 3,000 people to an arena that seats 19,000.

Then they took their road show, “An Evening With the Clintons,” to Montreal, but they fared little better (and not for lack of trying: In a case of classic Clinton pandering, each said that Canada was superior to America).

And things kept getting worse. Ticket prices for their event in Texas plunged to just $6. Seems no one is interested in hearing them tell “stories and inspiring anecdotes that shaped their historic careers in public service, while also discussing issues of the day and looking toward the future,” which a press release promised.

Why are Bill and Hillary traveling the country charging people top dollar to hear them bloviate? It’s not the money: The couple made $250 million in the 15 years after Bubba left office (and Hillary made bank selling access — and favors — while she was secretary of state).

“I’m looking around Scotiabank Arena, the home of the Toronto Maple Leafs, and it’s a depressing sight. It’s two-for-the-price-of-one in half the arena. The hockey rink is half curtained off, but even with that, organizers are scrambling at the last minute to cordon off more sections behind thick black curtains, they say due to a lack of sales. I paid $177 weeks in advance. (I passed on the pricey meet-and-greet option.) On the day of the event, some unsold tickets are slashed to single digits,” Dowd writes.

“I get reassigned to another section as the Clintons’ audience space shrinks. But even with all the herding, I’m still looking at large swaths of empty seats — and I cringe at the thought that the Clintons will look out and see that, too. It was only four years ago, after all, that Canadians were clamoring to buy tickets to see the woman who seemed headed for history. I can’t fathom why the Clintons would make like aging rock stars and go on a tour of Canada and the U.S. at a moment when Democrats are hoping to break the stranglehold of their cloistered, superannuated leadership and exult in a mosaic of exciting new faces.”

It seems the real reason these two went into politics was a hunger for power and a deep desire to be highly esteemed by others. This is ironic given the fact that the former president is anything but esteemed by the vast majority of popular culture, mostly due to his many, many sexual indiscretions.

The Clintons are becoming irrelevant, which is obviously a hard pill for them to swallow, but is the inevitable fate of any public servant at some point in their career.

The fact of the matter is, we’re all ready to move on, and to be honest, we can’t seem to move on fast enough.