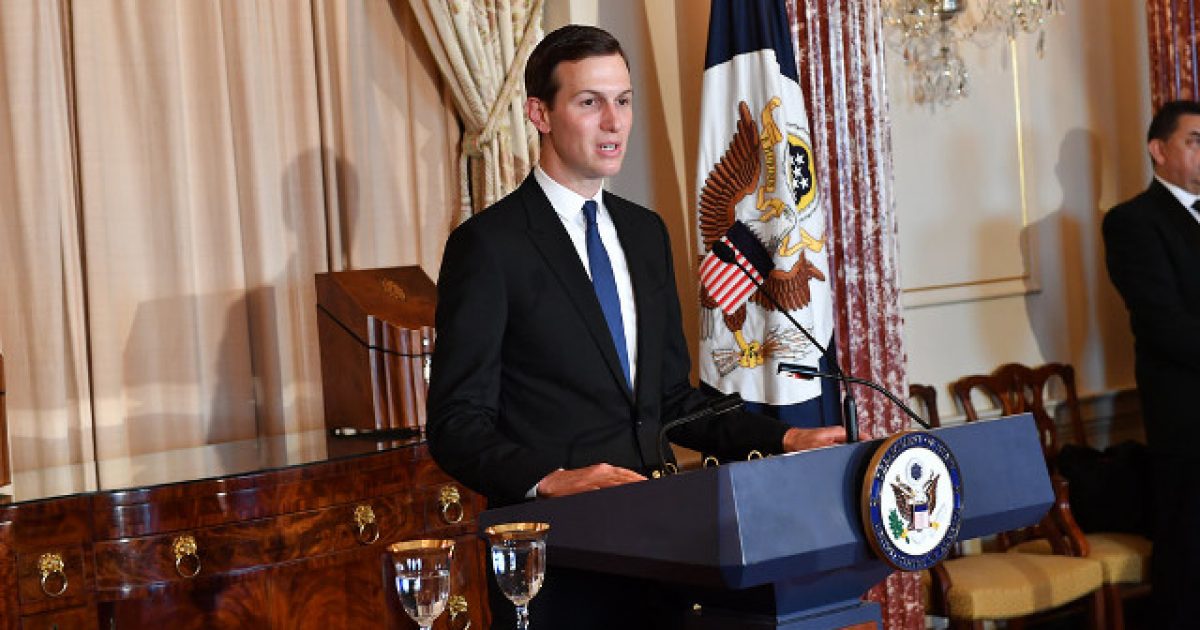 As President Trump continues to search for a new chief of staff to replace John Kelly, a new name has apparently been added to the list, and if a new report is true, the president is seriously considering this particular option.

Jared Kushner, Trump’s son-in-law and senior adviser, is being considered for the chief of staff position according to multiple sources.

However, if this is true and Trump picks Kushner, this could be problematic for his administration, leading to accusations of nepotism.

Kushner’s interest in the job was first reported by S.V. Date of HuffPost, who cited “a top Republican close to the White House” and “two others close to Trump or the White House” who spoke on the condition of anonymity “to discuss the president’s staffing considerations freely.” CBS News’s Major Garrett also confirmed the report.

Kushner reportedly met with Trump about the job Wednesday.

Trump has said there are five people on his short list of candidates for the job, which will be held by Gen. John Kelly until the end of the year.

“Vying for the actual title of chief of staff is really not fitting with Kushner’s MO, which has historically been dipping in and out of roles in shadow fashion without the accountability of a title,” Haberman tweeted.

Another name that’s been floated around as a possible choice for chief of staff is former New Jersey Gov. Chris Christie. According to Axio, Christie met recently with Trump to discuss the possibility of his filling this role in the administration.

There are a lot of good folks out there who would do a fabulous job in the role of chief-of-staff, but it seems fairly clear and certain that Trump should avoid putting his son-in-law in this position.

First off, he’s not really soundly conservative, which creates a bit of a problem. Also, as noted earlier, it would open the president up to charges of nepotism, and given the media’s thirst for his destruction, we should avoid giving the left any ammunition to further use against this administration.