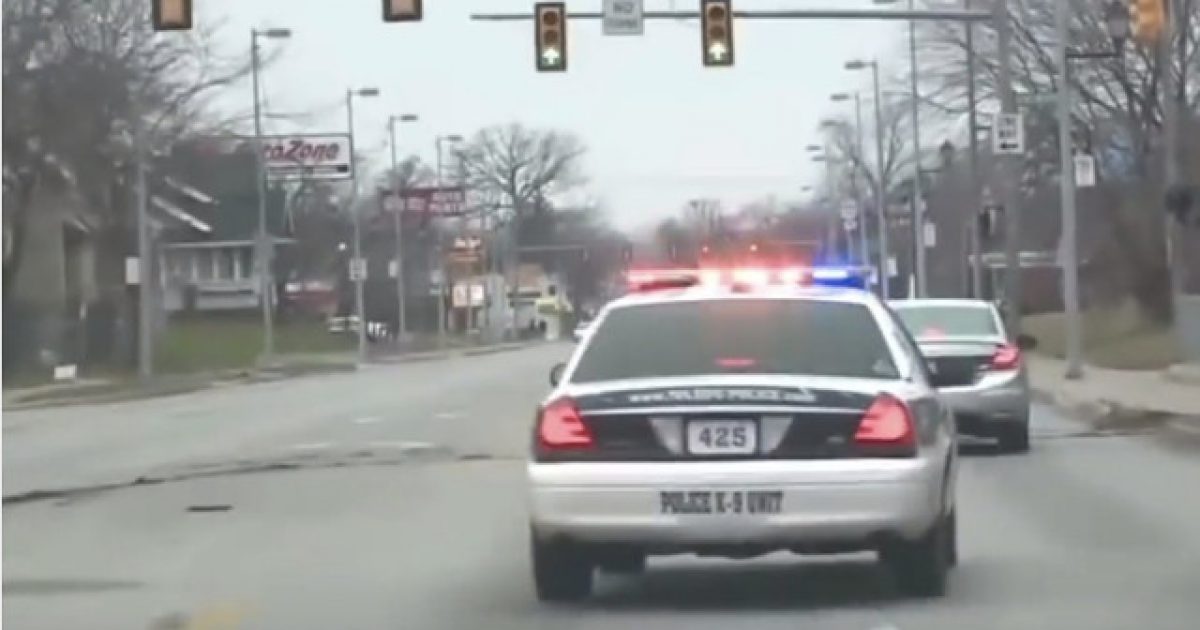 A police officer in Ohio recently penned a Facebook message to an 18-year-old he pulled over for going 100 mph. The message, which provides a lot of somber, real world advice this young individual needs to take to heart, has now gone viral, being shared well over 100,000 times since it was posted.

The North Ridgeville officer wrote Sunday that “I’d like to believe that you were minutes away from creating an unspeakable Christmas tragedy when I stopped you” and that “you are not invincible.”

I can tell you dozens of stories of dead and broken 18 year old bodies that I’ve pulled from cars. Broken bodies that I’ve found in front yards after crashes. Unrecognizable bodies. They thought they were invincible too. They weren’t. They were gone so they missed the part where I had to tell their parents that they were dead. Part of your soul disappears every time you have to tell parents that their kid is dead.
The officer’s post has been shared more than 100,000 times as of Tuesday morning and has drawn about 10,000 comments. Here’s one of them:

“Hits home, as my daughter lies in hospital bed as we speak. 6 surgeries in 3 weeks, and a long road ahead,” the commenter wrote. “A young inexperienced driver, under the influence of drugs and alcohol, driving at the speed of light. I wish they had been stopped before this enormous tragedy happened. It would have been a godsend to not only the victims, but also the driver who now sits in jail.”

The police officer who posted this message couldn’t be more right on the money. Sometimes a speed limit might seem like senseless government intrusion into the private lives of citizens, but there’s a really good reason they exist.

Their purpose is to help us all exercise caution and better judgment so that we can arrive at our destinations safely. This is obviously something that is very personal for the officer, having had his own child be the victim of a reckless driver.

Here’s to hoping this young soul learns their lesson the easy way and doesn’t end up getting themselves or others killed due to foolish driving.