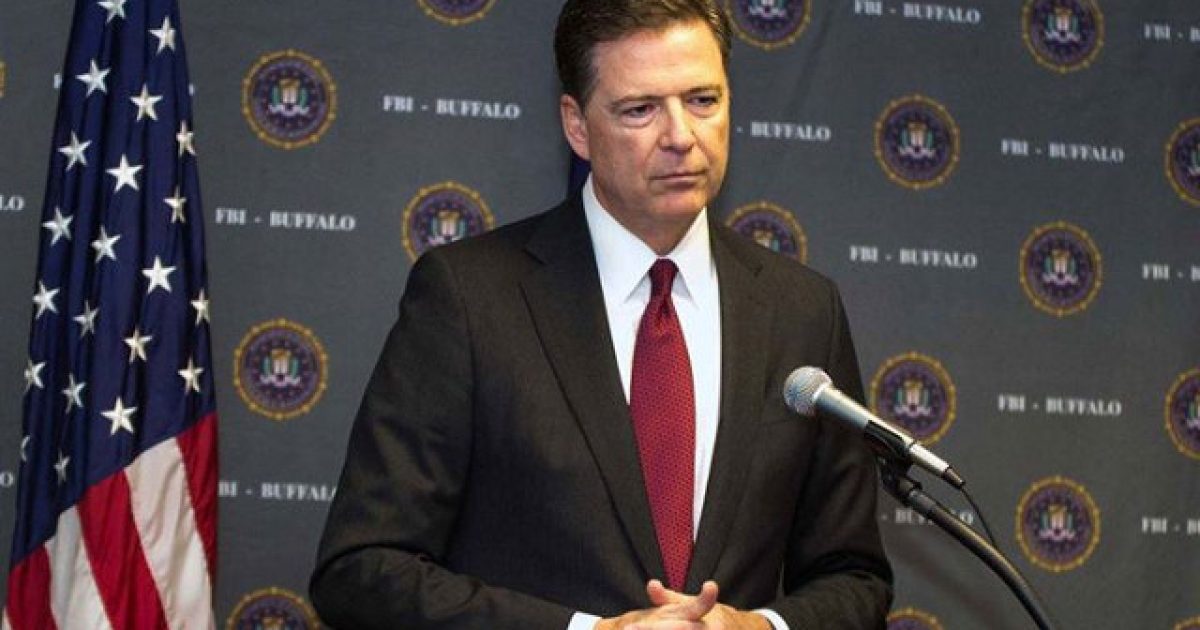 Former FBI director James Comey — who was given the boot from his position by President Trump after he completely failed in his handling of the Hillary Clinton investigation — fessed up about anti-Trump FISA warrant abuse in closed-door testimony held on Friday.

The testimony was conducted in front of congressional leaders and is causing quite a ruckus as he continues to claim a lack of knowledge or recall about the incident in question.

Commenting on the Steele dossier on President Trump, Comey stated that FBI officials had not confirmed the material it contained at the time they had used it to obtain a FISA warrant for an associate of the president’s.

On Friday, Comey acknowledged under oath that the FBI used an uncorroborated document funded by the Hillary Clinton campaign and the DNC as “evidence” in officials’ request for a FISA warrant to surveil Trump adviser Carter Page, a key step in the Russia collusion “witch hunt,” as Trump calls it. Not only was the dossier, produced by ex-British intelligence agent Christopher Steele, not verified when it was used in the Carter request, Comey admitted, it was still unverified when he was fired six months later.

The Hill’s John Solomon, who has been closely following the developments in the Russia probe, highlights the “enormity” of Comey’s bombshell acknowledgment that his “investigative team (in the form of the Steele dossier) and his general counsel James Baker (in the form of evidence from a Democratic Party lawyer) accepted politically tainted evidence to further the probe of Trump.”

“Everyday Americans now know that the FISA court process is an honor system and that the FBI may only submit evidence it has verified to the judges,” he writes. “Comey now has confirmed what Republican lawmakers like Rep. Devin Nunes (R-Calif.), Sen. Charles Grassley (R-Iowa), Rep. Mark Meadows(R-N.C.) and Rep. Jim Jordan (R-Ohio) have warned about for months – that the FBI used an unverified dossier, paid for by presidential candidate Hillary Clinton and the Democratic Party as political opposition research, to justify spying on the duly nominated GOP candidate for president just weeks before Election Day.”

Hoover Institution fellow Paul Sperry has also been closely tracking Comey’s testimony and has been highlighting key takeaways, many of them damning for Comey specifically and the Russia probe generally. Not only has Comey testified that the FBI was unable to independently corroborate claims in the Steele dossier used to obtain the wiretap on Page, Comey also swore that “he had no idea dossier author Steele was terminated by FBI for violating confidential source rules,” notes Perry, even though “Comey knew Steele had been compensated by FBI [and] he’d read the April FISA [application] in which FBI first disclosed Steele had been closed as source.”

Comey’s general counsel with the FBI, James Baker, stated in his testimony that he was originally on board with charging Hillary Clinton with mishandling classified information, but Comey persuaded him that she shouldn’t be charged in the incident.

In even more damning testimony, Comey also admitted that he didn’t bother directing FBI agents to question Hillary about the now infamous tarmac meeting that took place between hubby Bill and Attorney General Loretta Lynch, despite the fact he told the public the meeting “bothered him so much he made insubordinate move to cut Lynch out of plans to clear Hillary.”