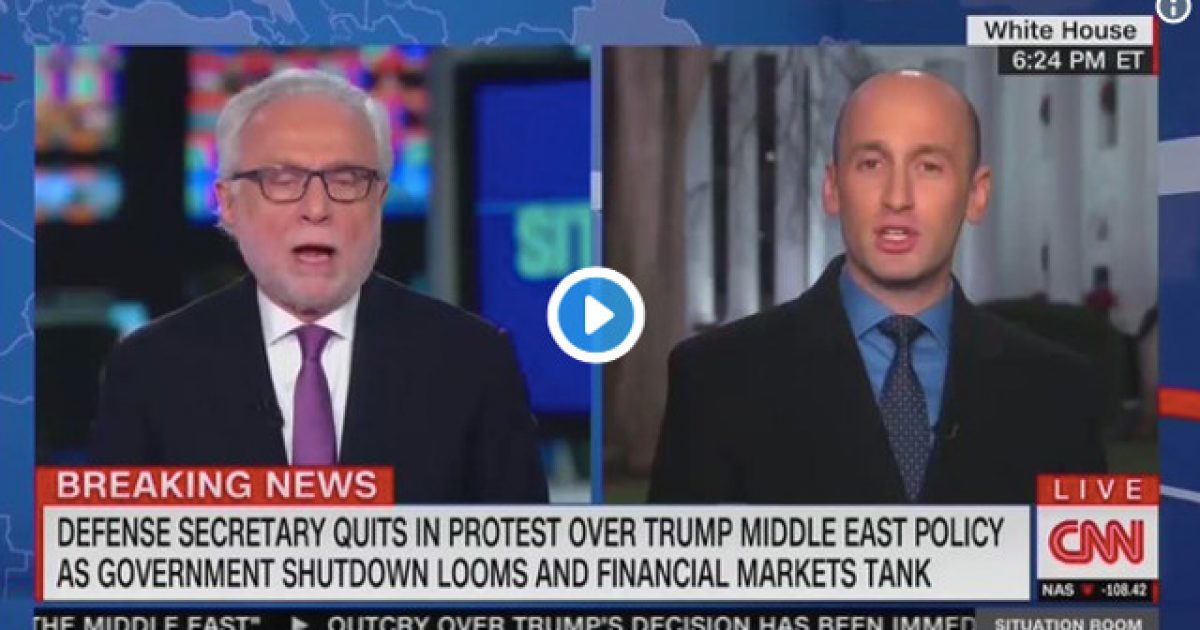 Senior Trump Adviser Stephen Miller completely humiliated CNN’s Wolf Blitzer during an appearance he made on his show Thursday night after Blitzer stated that Democrats are big fans of border security.

Yes, feel free to laugh hysterically at such an assertion. It’s an acceptable response to a statement that’s a complete joke.

“The Democrats, all they need to do is support border security and the government will be funded,” Miller said.

“Could you identify Wolf for me, some of the kinds of border security you’re saying the Democrats support?” Miller fired back.

Blitzer couldn’t come up with any examples.

“Where is the evidence you keep asserting they’re for border security?” Miller asked. “They haven’t been, they oppose closing loopholes for asylum that flood our system with meritless claims—”

Blitzer immediately cut Miller off, saying he wanted to “move on to another sensitive issue.”

One has to wonder what even possessed Wolf to make such a statement. The news over the last decade has showcased time and time again, protests being held by the left who more or less want open borders and have come out vehemently against the border wall.

There’s been almost zero action taken by Democrats to show support for protecting our nation from criminal illegals. As stated above, it’s been quite the contrary.

After all, Democrats only stick up for minorities like those crossing the border illegally so they can turn them into lifetime Democrat voters. It’s sad but true.