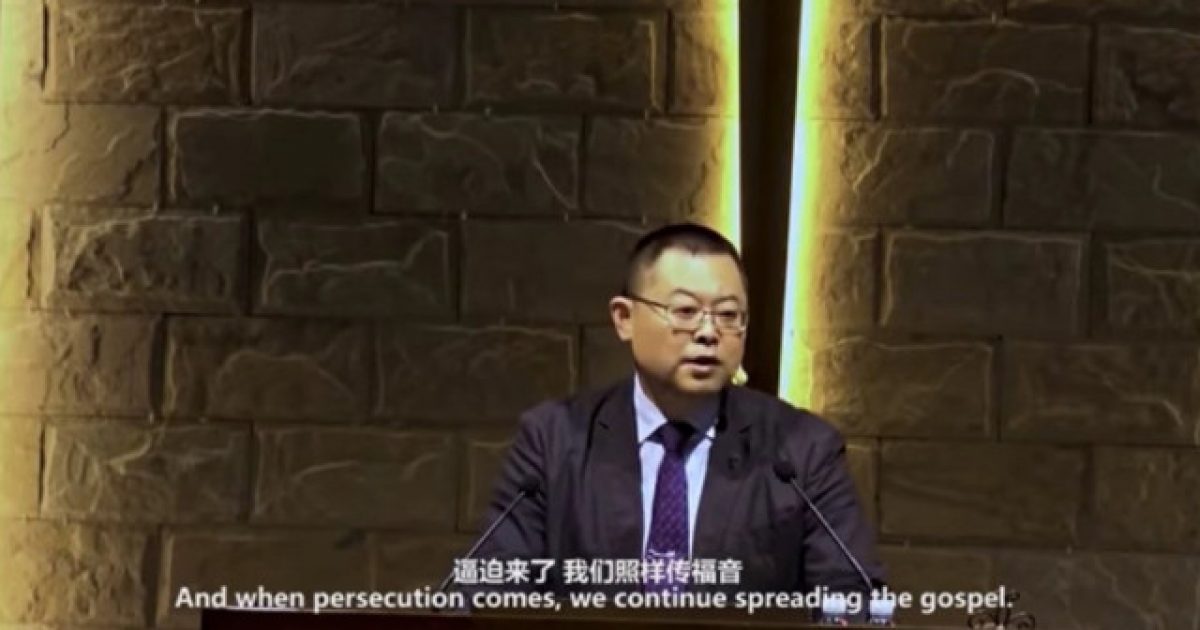 We in the West tend to take our freedom of religion for granted, forgetting that not everyone in the world can enjoy worshiping God freely, out in the open.

In fact, in Communist countries like China, being a Christian is a violation of the law and can get you tossed in prison, a reality 100 believers experienced after overnight raids in the nation on Sunday.

The raids are said to be part of a crackdown on “unregistered religious organizations.”

According to members of the Early Rain Covenant Church in Chengdu, police rounded up dozens of worshippers from their homes the evening after pastor Wang Yi posted a manifesto on social media criticizing the government’s targeting of religious organizations. Wang’s house was ransacked in the raids, and he and his wife, Jiang Rong, were among those taken into custody by the authorities.

Religious organizations in China must be state-sanctioned in order to be legal, so many religious groups — particularly churches — operate underground to avoid government control of their worship. But Wang has made a name for himself through his public protests urging a separation of church and state.

Wang is a well-known legal scholar, former film critic, and blogger who converted to Christianity in 2005. He formed Early Rain Covenant Church in 2008, and one of his many antagonizations against the Chinese government is his annual sermon condemning the 1989 Tiananmen Square massacre.

In his social media statement Saturday, the pastor attempted to rally Chinese Christians into civil disobedience, the Wall Street Journal reported. Within the 7,300-word piece titled “Meditations on the Religious War,” Wang likened Chinese President Xi Jinping’s rule to that of a Biblical Egyptian pharaoh, calling the government’s aversion to religious freedom “morally incompatible with the Christian faith and with all those who uphold freedom of the mind and thought.”

Members of the Early Rain Covenant Church have already been detained numerous times this year. Directly prior to the most recent arrests, the church issued a statement saying, “Lord, help us to have the Christian’s conscience and courage to resist this ‘Orwellian nonsense’ with more positive Gospel action and higher praise,” according to the New York Times.

“Without love, there is no courage,” the statement continued.

It’s important that we as Americans not take our liberty for granted and become complacent in our defense of religious freedom. People tend to think that what’s going down in China could never happen here, but that’s simply not true.

Over the last several decades we’ve seen an increase in bullying and persecution of folks who are Bible believing Christians. Bakers who refuse to make cakes for gay weddings getting run out of business for example.

We must be vigilant. Any time the left attempts to put a muzzle on the free expression of religion, we need to be there, ready to fight for our right to believe and worship freely. That means filing lawsuits, challenging unconstitutional law, protesting, ect.

If religious liberty falls, it won’t be long all the rest of our liberties go extinct as well. Without God as the anchor and source of all our rights and freedoms, we will become slaves to men.