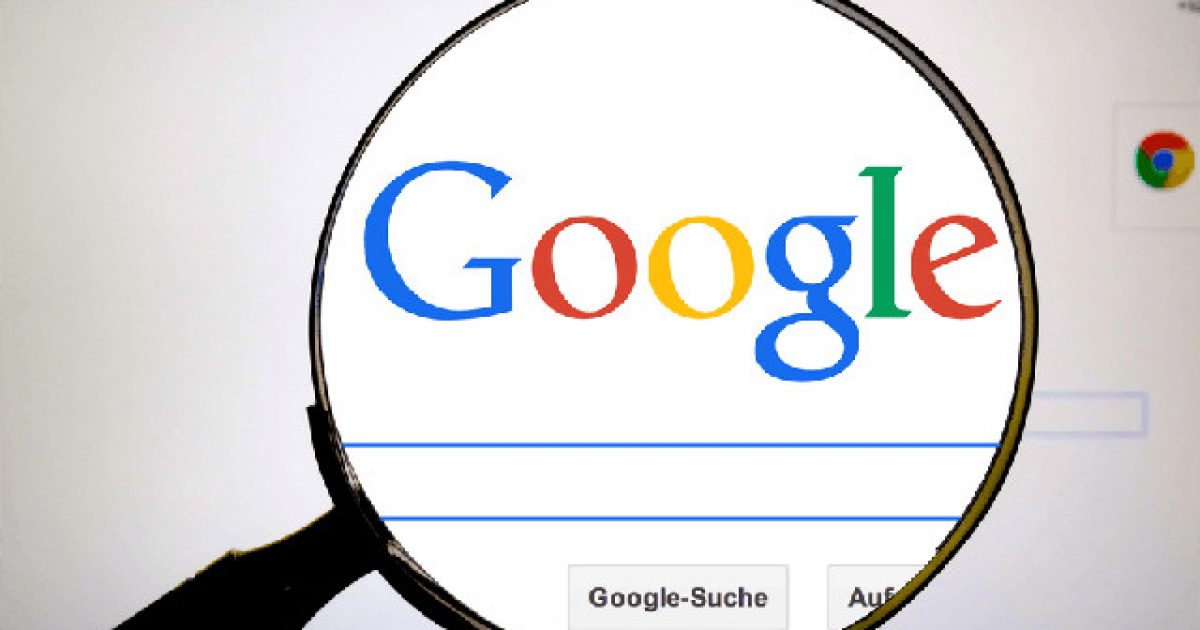 While this is infuriating, it’s not exactly surprising, given the clear anti-conservative bias of the company.

Documents show that the internet giant named The Daily Caller and Breitbart as potential targets to bury. In the documents, the websites were also called “opinion blogs.”

Google employees said they were upset about Hillary Clinton’s loss and they discussed how Google “could prevent Trump from winning again,” the Daily Caller reported.

This was an election of false equivalencies, and Google, sadly, had a hand in it.

How many times did you see the Election now card with items from opinion blogs (Breitbart, Daily Caller) elevated next to legitimate news organizations? That’s something that can and should be fixed.

I think we have a responsibility to expose the quality and truthfulness of sources – because not doing so hides real information under loud noises.

Beyond that, let’s concentrate on teaching critical thinking. A little bit of that would go a long way. Let’s make sure that we reverse things in four years – demographics will be on our side.

Google engineer Uri Dekel, who said he is a Clinton supporter, suggested that manipulating search results was the wrong tactic.

“Thinking that Breitbart, Drudge, etc. are not ‘legitimate news sources’ is contrary to the beliefs of a major portion of our user base is partially what got us to this mess. MSNBC is not more legit than Drudge just because Rachel Maddow may be more educated / less deplorable / closer to our views, than, say Sean Hannity,” Dekel wrote in response to Byer.

“I follow a lot of right wing folks on social networks you could tell something was brewing,” Dekel continued. “We laughed off Drudge’s Instant Polls and all that stuff, but in the end, people go to those sources because they believe that the media doesn’t do its job. I’m a Hillary supporter and let’s admit it, the media avoided dealing with the hard questions and issues, which didn’t pay off. By ranking ‘legitimacy’ you’ll just introduce more conspiracy theories.”

That’s just the tip of the iceberg. There’s even more back and forth in the documents.

A spokeswoman for Google spoke with the Daily Caller, stating the conversations in question never actually led to any sort of manipulation of the search results.

“This post shows that far from suppressing Breitbart and Daily Caller, we surfaced these sites regularly in our products. Furthermore, it shows that we value providing people with the full view on stories from a variety of sources,” the spokeswoman wrote in an email to the Daily Caller. “Google has never manipulated its search results or modified any of its products to promote a particular political ideology. Our processes and policies do not allow for any manipulation of search results to promote political ideologies.”

It’s time for conservatives to get bold and stand up against this sort of shenanigans. If we don’t stand up and confront this sort of thing, exposing these companies and pushing for them to be held accountable for their actions, this will just keep happening.