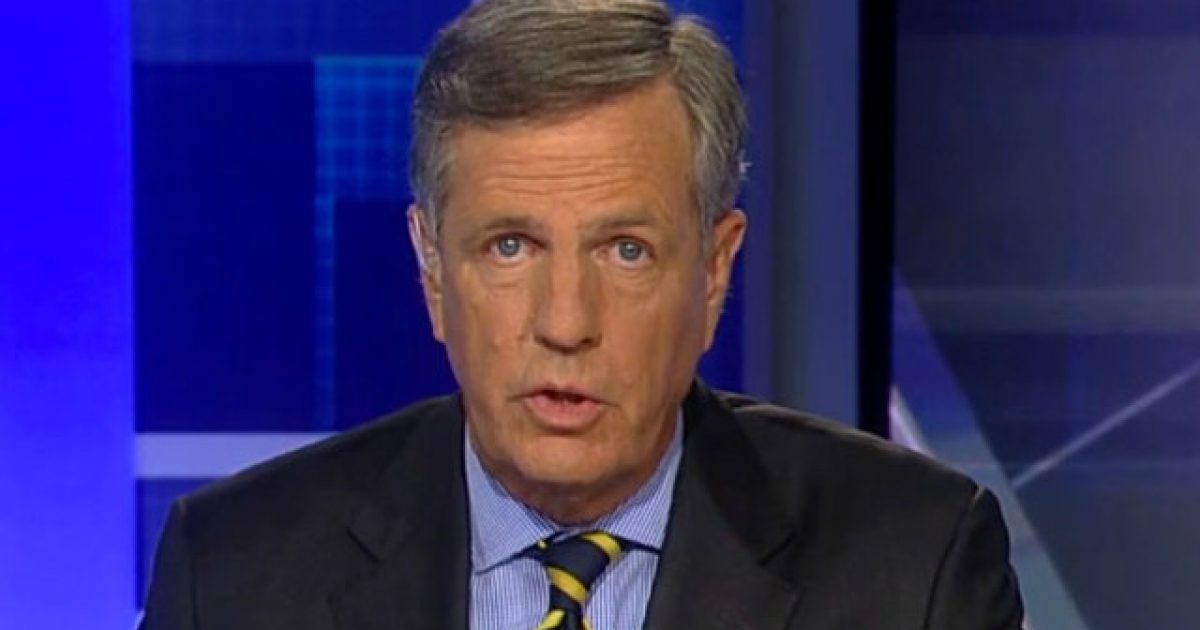 Soledad O’Brien, a former host on CNN went on a tirade against Fox News host Brit Hume after he took her to the woodshed for attempting to attack President Trump for not visiting troops, just before it was revealed that he had actually done so.

Perhaps if O’Brien hadn’t been so ready and eager to find something to smash on Trump for, she wouldn’t have made a fool of herself?

The online interaction happened after the media criticized the president for failing to visit U.S. troops during Christmas – a day later it was revealed that he had indeed done so.

Hume was responding to a tweet from Hollywood actress Alyssa Milano criticizing the president by claiming, “Trump becomes first president since 2002 not to visit troops at Christmastime.”

“By the time this was posted,” Hume responded, “the President and Mrs. Trump were in Iraq with the troops.”

By the time this was posted, the President and Mrs. Trump were in Iraq with the troops. https://t.co/g9ACNO5hxn

O’Brien then went on to reply, “Shaming him seems to work,” which is implying that the reason President Trump visited the troops came after receiving criticism from Milano. Because he’s obviously really concerned with the opinion of a washed up second rate actress, right?

This is what earned O’Brien the mockery of Hume.

“Yes, Ma’am,” Hume agreed jokingly. “Trump read this tweet when it was posted and time-traveled himself back to yesterday and flew to Iraq.”

Yes, Ma’am. Trump read this tweet when it was posted and time-traveled himself back to yesterday and flew to Iraq. Genius take.

O’Brien lashed out at Hume in another response attempting to salvage her snarky criticism.

“Sorry—let me spell it out more slowly so you can understand me: the President (according to cnn’s Barabar [sic] Starr) prepped for this trip several weeks ago,” O’Brien tweeted.

Sorry—let me spell it out more slowly so you can understand me: the President (according to cnn’s Barabar Starr) prepped for this trip several weeks ago. The shaming seems to have worked. I hope you’re having a nice holiday. Try not to be such an a**hole in 2019. ❤️

O’Brien really does seem to be under the delusion that Alyssa Milano, whose true claim to fame is the old and outdated “Who’s the Boss?” TV series from the 1980s, actually shamed the president into visiting the troops.

That pretty much says all that you need to know about Ms. O’Brien, doesn’t it?