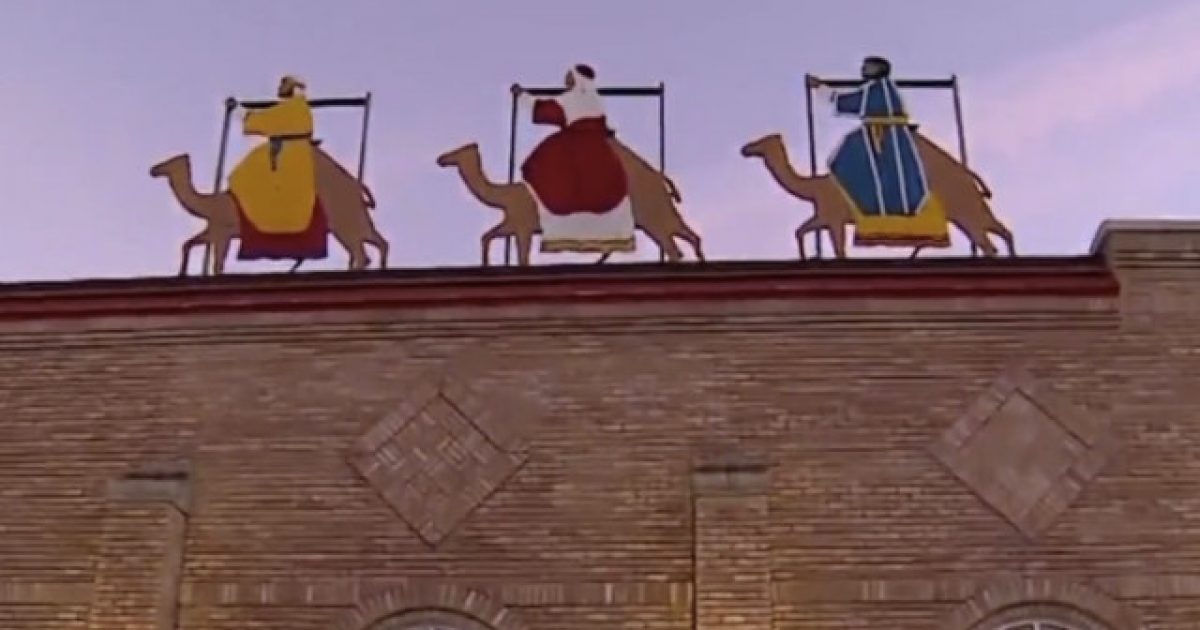 A Michigan school board is about to send atheists all over their fair city into a frenzy after deciding to keep a “controversial” Christmas display on top of the district building.

The display is a depiction of the three wise men of the Bible heading toward the star of Bethlehem in anticipation of the birth of Jesus Christ.

If you listen closely, you can almost hear the wails of despair from angry atheists everywhere.

The Newagyo Public Schools Board of Education held a special meeting on the topic Monday evening and heard public comment, the station said, adding that it seemed virtually everyone among the dozens of attendees supported leaving the display on the roof of Newaygo Elementary.

“Please leave our wise men alone,” parent Michael Burns told the board, WOOD noted. “Look away if it offends you.”

“It’s not overly religious,” Newagyo resident Wayne Kauffman added to the station. “It’s appropriate, and it’s one that we’ve enjoyed as a community for many years.”

Some said the annual display has been going up for over 70 years, WOOD reported.

“This community has said loud and clear even before tonight’s meeting that they want the display to stay,” Superintendent Peggy Mathis told WOOD. “So we will look at ways to maybe make that happen, maybe enhance it, so it can stay.”

She added to the station that she hadn’t decided what changes, if any, could be made, but that it’s unlikely anything will happen before Christmas.

The Michigan Association of Civil Rights Activists demanded last month that the display should be removed because the group believes it violates the separation of church and state. The association has been involved in similar state cases, WZZM-TV reported.

“It clearly conveys the message of the Christian nativity,” MACRA’s Mitch Kahle told the news outlet, adding that his group got involved following one person’s outcry.

It’s absolutely ridiculous for any sort of atheist group to get involved in a matter like this with only one complaint being made. Why does one person get so much power over the majority? That doesn’t seem right at all.

If that person doesn’t like religion, that’s fine. However, if no one else has a problem with it, they need to suck it up and stop crying about it. Be an adult.

This might be a small matter, but any sort of victory for religious liberty is always a cause for celebration.