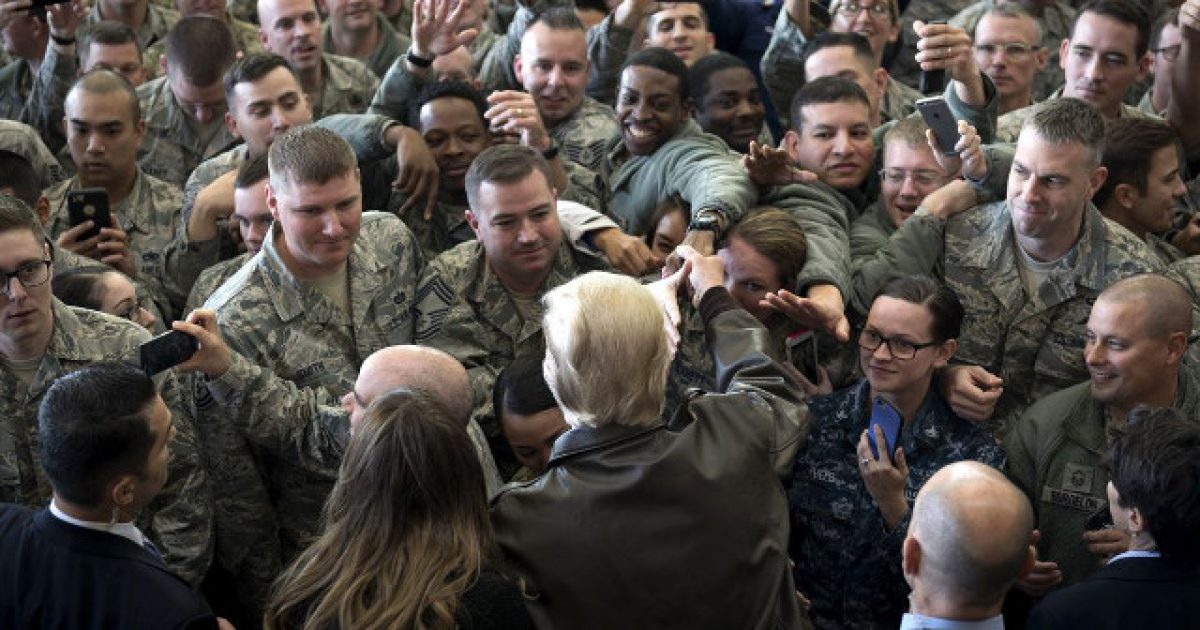 CNN and other left-wing media outlets were under the impression that troops who brought MAGA hats for Trump to sign had somehow broken some rules with their actions.

The U.S. Air Forces Europe responded to these reports, stating the troops broke no such rule.

“There is no rule against Airmen bringing personal items to be signed by the president,” adding, “Any time the commander in chief offers the opportunity to meet with Airmen, such as this official holiday visit by the President and First Lady, Airmen are welcome to participate. No policy violations have been brought to our attention at this time.”

As Military.com reported, “USAFE said troops held the hats for signing, but did not wear them while in uniform.”

On Wednesday, Trump had visited Ramstein Air Force base in Iraq to visit over 200 airmen, some of whom red “Make America Great Again” hats, and one Air Force captain who carried a Trump banner.

Some people connected to the military had criticized the troops; retired Army Lt. Gen. Mark Hertling tweeted, “There are myriad reasons for both a Department of Defense and an Army Regulation against military personnel participating in or showing allegiance to ANY political party while in uniform. Good commanders enforce; good NCOs jerk a knot in the (expletive) of those who violate.”

Pam Keith, a former Navy judge advocate general who ran for Congress as a Democrat, echoed on Twitter, “As a former Navy JAG, I can tell you that engaging in partisan political activity such as flying a Trump flag or wearing a MAGA hat, while in uniform is a violation of the Uniform Code of Military Justice and its implementing regs.”

They were countered by Patrick J. Hughes, a former active duty Air Force JAG, who stated, “I think it remains debatable and no certainty that any laws or regulations were violated here, and I think at most some informal counseling on the above perception issue is warranted … The purpose of the event was to greet the Airmen while his plane refueled. This is why I believe the question as to whether these airmen have done anything prohibited by law or regulation is less certain.”

CNN has become so focused on their war against President Trump that they have officially dumped all forms of journalistic integrity and ethics right in the toilet. Going after troops who are stationed so far away on Christmas, fighting to preserve our freedom and safety, just because you dislike the president is pretty low.

Yet, despite tons of backlash, CNN hasn’t learned their lesson. They’ve only proven they are willing to go to any lengths to strike back at Trump. It’s sad, really.