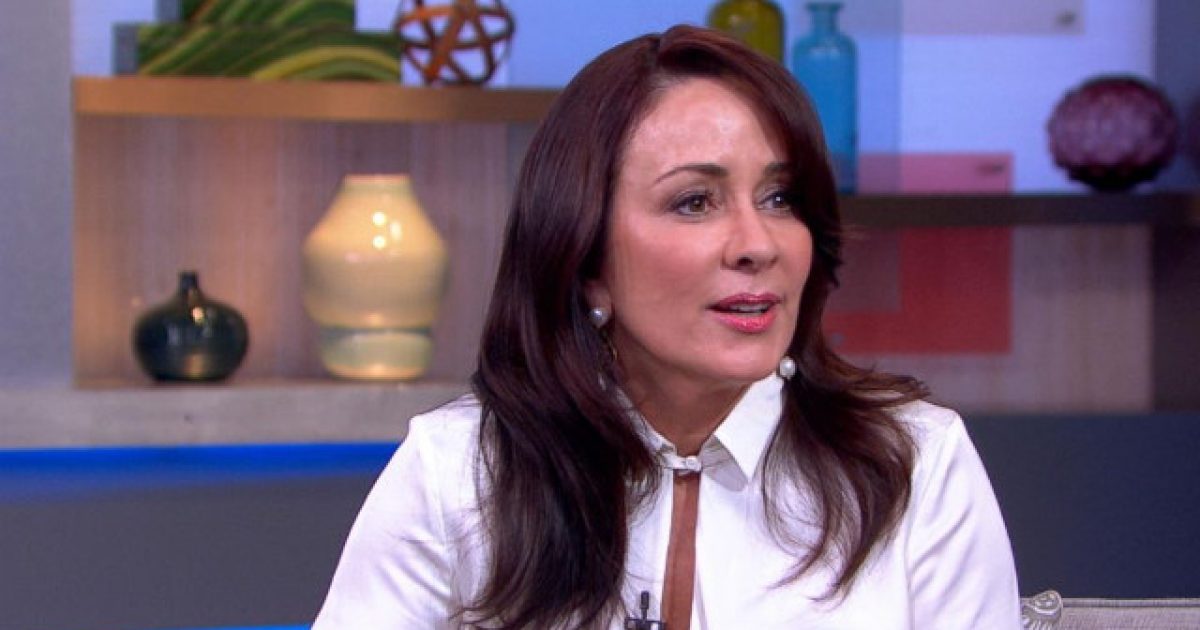 There’s not too many outspoken conservative folks in the world of entertainment, but the few we do have are absolutely national treasures. Not only do we have James Woods and Pat Sajak, we also have diehard pro-lifer Patricia Heaton of “Everybody Loves Raymond” and “The Middle.”

When she’s not crusading against the vile evil of abortion, she’s spending her time on social media taking the mainstream media to the woodshed for their biased agenda pushing. As if we all needed another reason to adore her.

Heaton’s latest target is TIME and their “Person of the Year” nominee list, which, of course, leans super heavy to the left.

Among those listed in the top 10 for the coveted TIME prize on Monday were the likes of Christine Blasey Ford, the “Separated Families” at the border, and the March for Our Lives Activists. Robert Mueller also got a plug as well as President Trump, the latter for derision, the former for praise. But Patricia Heaton has another suggestion: actor Gary Sinise, whose charitable foundation treated 2,000 children of Gold Star families to Disney World just two weeks before Christmas.

On Twitter, Heaton wondered aloud, “Hey @TIME, why isn’t @GarySinise ever on the Person of the Year list? Hey @TheAcademy, why isn’t he ever picked for the #jeanhersholt humanitarian award? He raises $30M a year to build homes for wounded vets along with his #goldstarfamily support. Retweet!”

Hey @TIME , why isn’t @GarySinise ever on the Person of the Year list? Hey @TheAcademy , why isn’t he ever picked for the #jeanhersholt humanitarian award? He raises $30M a year to build homes for wounded vets along with his #goldstarfamily support. Retweet! https://t.co/pj7BGEN7Ds

Gary Sinise treated the Gold Star children to Disney World via his Snowball Express program, which, according to the organization’s website, serves “the children of fallen military heroes.”

“In 2017, Snowball Express became an official Gary Sinise Foundation program,” the organization says of itself. “We are committed to maintaining the wonderful traditions while finding new and exciting ways to serve our families of the fallen.”

Children get to enjoy a five-day event of fun and inspiration this December, thanks to the work of Snowball Express. This year, the kids got Disney World. Sinise joined in the fun alongside the kids a few days after their departure.

“The holidays can be especially challenging for grieving families,” explains the Snowball Express site. “Each December, we host a five-day experience for 1,750+ children of the fallen and their surviving parent or guardian. As a therapeutic retreat with a blend of fun and inspiring programs, these families can lean on their peers for support.”

In light of all this amazing charity work, Heaton’s question seems like a pretty reasonable one to ask. Why in the world has this man never made the list? The work he’s doing and the lives he’s touching are immense and absolutely worthy of recognition.

The answer seems fairly obvious. The folks in charge of this list are only concerned with pushing their own political agenda instead of truly highlighting folks who are in the trenches trying to make a positive difference.

It’s sad to think that in 2018, we’re so divided over political things that we can’t even appreciate each other’s charitable endeavors. Tragic to say the least.