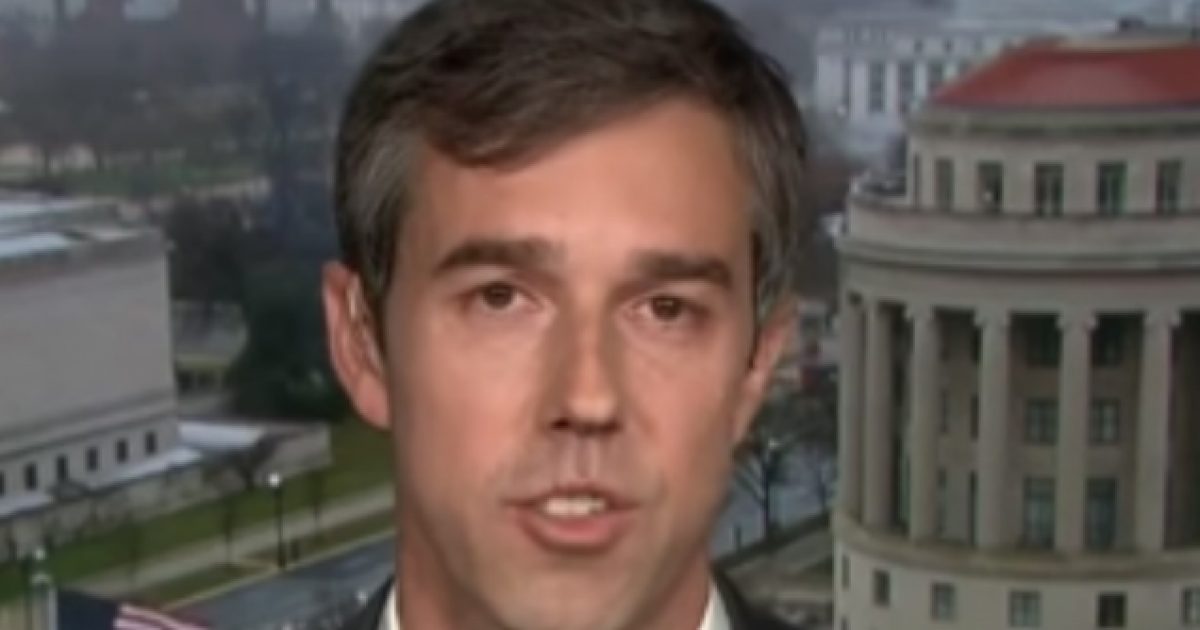 A brand new poll has come out and it appears there’s a brand new front-runner for the Democratic Party in the 2020 race for the White House. At least for the moment, that is.

It seems that the best way for a potential candidate to rise to the cream of the crop for Democrats is to be a loser. That’s how it’s working out for Robert “Beto” O’Rourke, who lost a 2018 senate bid to Sen. Ted Cruz.

That’s right, Texas loser Robert “Beto” O’Rourke has leaped to the top of the 2020 polls, or at least a new straw poll by a progressive group. Forget that he’s about to be unemployed, to the Democrats, he’s their man.

The sudden surge by O’Rourke came in a straw poll of members of MoveOn.org, first obtained by NBC News. The survey puts the Texas congressman at 15.6%, with former vice president Joe Biden close behind at 14.9%. Sen. Bernie Sanders (I-VT) came in third at 13.1%.

“It’s another sign of O’Rourke’s surprising popularity among national Democrats and a potentially troubling indication for Sanders, whom MoveOn endorsed in the 2016 Democratic primary. That year, 78 percent of MoveOn members voted to back Sanders over Hillary Clinton,” NBC reported.

“While the race for the 2020 Democratic nomination for president remains wide open and MoveOn’s endorsement is up for grabs, MoveOn members and progressives across the country are clear: They’re looking for candidates who will rally voters around a progressive vision of building a country where every American can thrive — whether we’re white, black, or brown, rich or poor,” said Ilya Sheyman, executive director of MoveOn Political Action.

“We’ll be challenging prospective candidates to inspire us with big ideas in the months to come — including at a series of events in early voting states in early 2019,” Sheyman added.

It’s important to note that close to a third of folks surveyed stated they’d still prefer someone else or didn’t have a clue who they’d be backing come election time.

And the Democrats wonder why they lost the election? Look at the people they keep throwing their support behind. The loser’s club. No wonder the left’s ship is sinking fast.

As the crusader guy in “Indiana Jones and the Last Crusade” said, “he [they] chose poorly.”