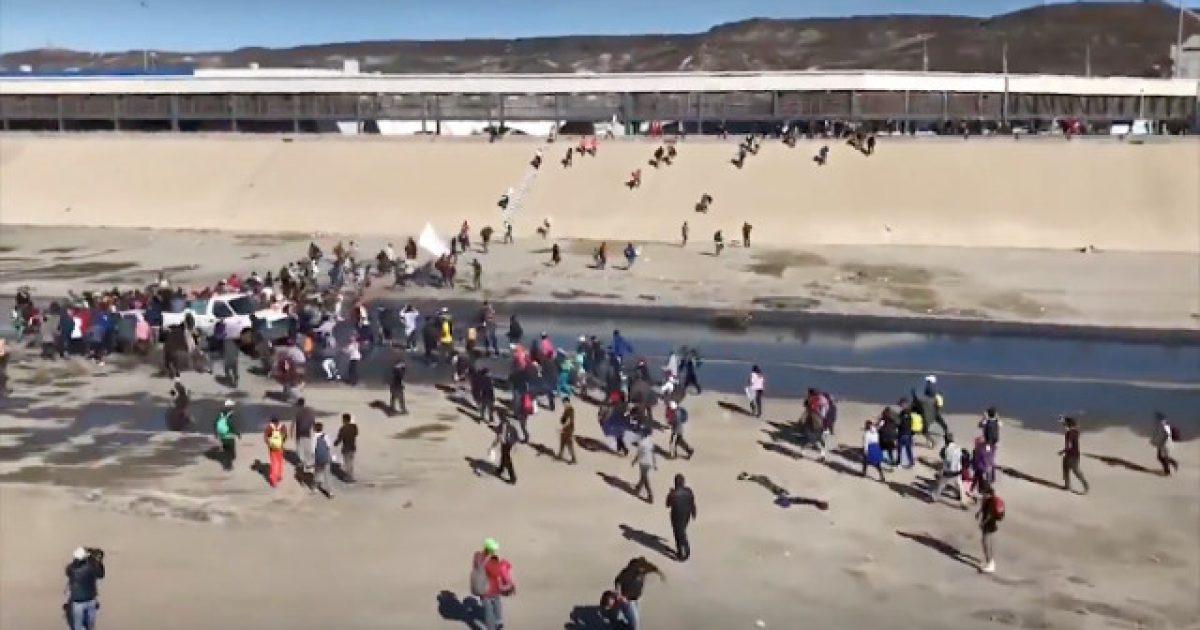 A top agent for the U.S. Border Patrol in San Diego has come forward with a disturbing report about the activities of migrants who are attempting to force themselves across the border into America.

According to this agent, a group of migrants on Sunday, who were throwing rocks, attempted to push their way across the border using women and children as human shields.

If this is true, this is absolutely despicable and pretty much says all we need to know about the individuals who make up this caravan.

“What we saw over and over yesterday was that the group – the caravan, as we call them – would push women and children to the front, and then begin, basically, rocking our agents,” Chief Patrol Agent Rodney Scott said in a CNN interview.

Meanwhile, Scott said the thousands of migrants gathered in Tijuana just south of the U.S. border won’t qualify for asylum they’re actually looking for jobs, not fleeing war-torn nations. And he said few are even trying to win asylum.

“What I saw on the border yesterday was not people walking up to Border Patrol agents and asking to claim asylum,” he said. “Matter of fact, one of the groups I watched, one of the groups that several of them were arrested, they passed 10 or 15 marked Border Patrol units … numerous uniformed personnel, as they were chanting, waving a Honduran flag, and throwing rocks at the agents,” the San Diego border chief said.

It seems pretty clear from the actions detailed above that these folks are not the kind of individuals you want in your country. We already know that many of these folks have criminal records and are fleeing charges in their home country.

Allowing these people across the border, where they can soak up our resources and potentially bring serious harm on fellow American citizens is absolutely unacceptable.

Any person who would use a child as a human shield is not fit to breathe the air of American liberty. Period.