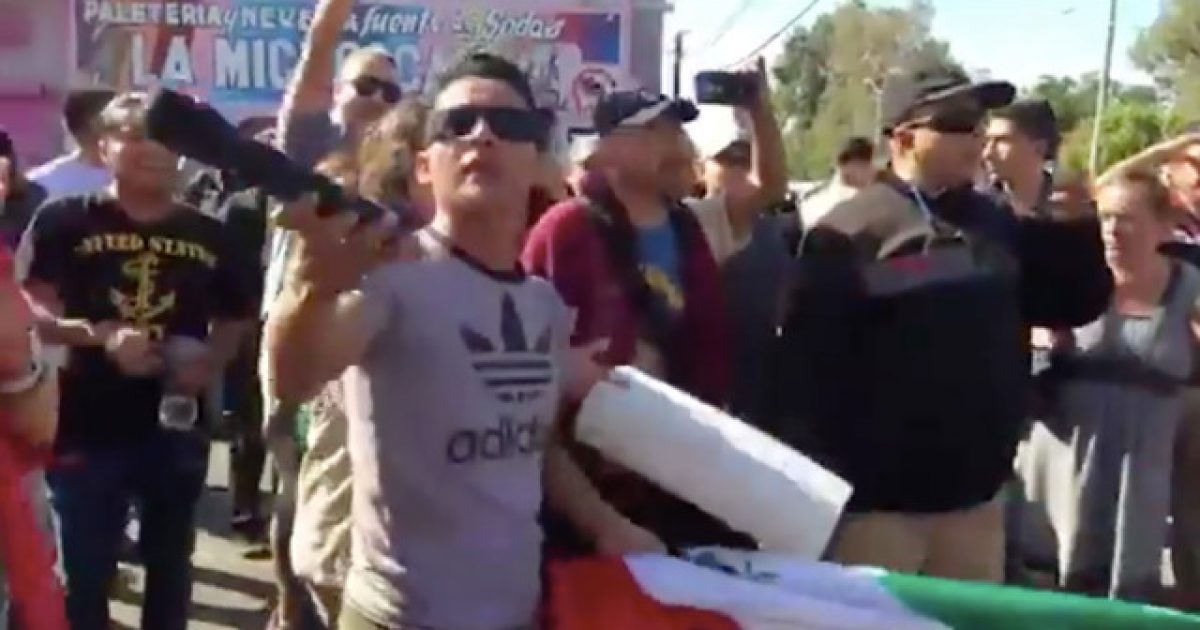 Hundreds of residents in Tijuana gathered over the weekend to protest against the migrant caravan that is making it’s way up through Mexico to enter into the United States, stating that President Trump was right and that what’s happening right now is an invasion.

Protesters who showed up to let their feelings about the caravan be known were seen chanting, “Get out Hondurans, we do not want you here.”

Harsh, but given the conditions in Mexico, it’s completely understandable why they’re as angry as they are.

“Tijuana residents waved Mexican flags, sang the Mexican national anthem and chanted ‘Out! Out!’ in front of a statue of the Aztec ruler Cuauhtemoc … they accused the migrants of being messy, ungrateful and a danger to Tijuana,” The Associated Press reported. “They also complained about how the caravan forced its way into Mexico, calling it an ‘invasion.’ And they voiced worries that their taxes might be spent to care for the group.”

Alden Rivera, the Honduran ambassador in Mexico, told AP that Honduras wants the migrants to “return to Honduras.”

The news comes as hundreds of migrants reached the border fence that separates Tijuana, Mexico, and San Diego, California, early last week and “some of them began illegally entering the U.S. after climbing the fence,” The Daily Wire reported.

The Department of Homeland Security (DHS) released a report in early November that stated there are “hundreds of convicted criminals or known gang members traveling in the migrant caravan that is traveling through Mexico to the U.S. southern border.”

“In fact, over 270 individuals along the caravan route have criminal histories, including known gang membership,” DHS reported. “Those include a number of violent criminals – examples include aggravated assault with a deadly weapon, armed robbery, sexual assault on a child, and assault on a female.”

Citizens of countries outside Central America, including countries in the Middle East, Africa, South Asia, and elsewhere are currently traveling through Mexico toward the U.S.

Mexican government officials have already had to deport migrants who are wanted for crimes in their home countries, like one individual who told a Fox News reporter in October that the the reason they were coming to the United States was to escape getting in trouble for attempted murder.

These kind of folks are the ones coming into this country through this caravan, and are prime examples of why we need to seal off the border and make some major changes to our immigration system if we want to keep our nation’s citizens safe.

In light of that, we might also need to do some overhauls to the actual legal means of coming into the country in order to help encourage folks to come in through the proper channels.

At the end of the day, anyone who tries to come in illegally is already a criminal, which is so many criminals try to enter the country this way. Something must be done to stop this, which is precisely what Trump is trying to accomplish with the border wall.