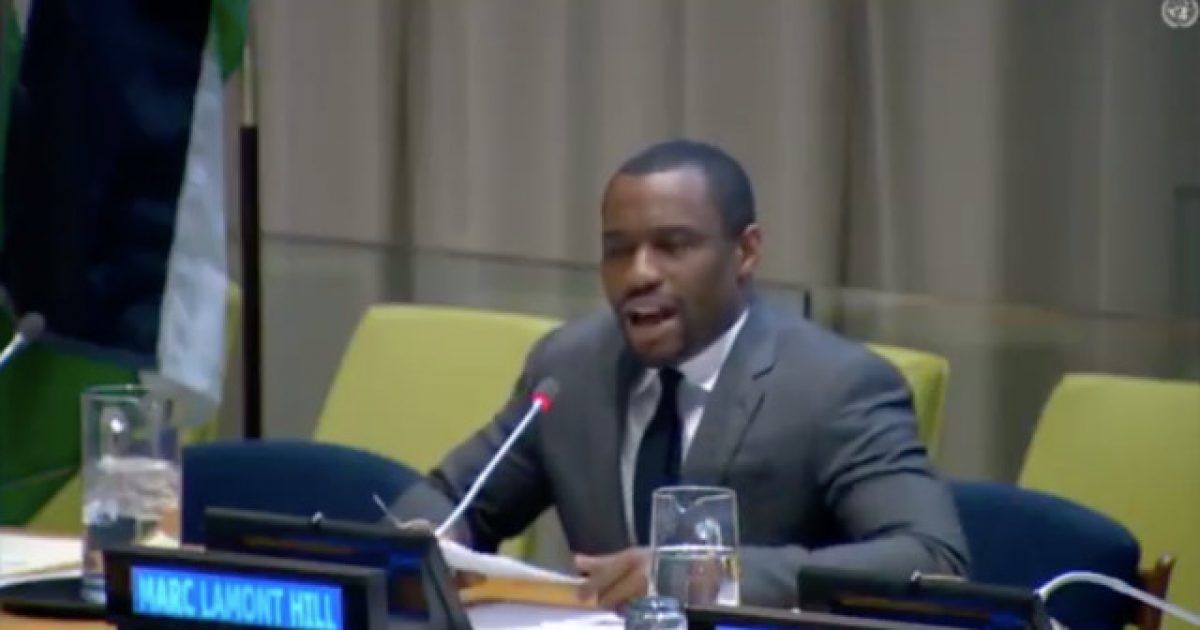 Marc Lamont Hill, a radical left-wing commentator on CNN, recently made some pretty strange and disgusting comments about Israel, seemingly defending the use of violence to resist the Jewish nation and calling for their elimination while he spoke to the United Nations.

Hill’s remarks were part of the U.N.’s International Day of Solidarity with the Palestinian People.

“Contrary to western mythology, black resistance to American apartheid did not come purely through Gandhi and non-violence,” Hill said. “Rather, slave revolts, self-defense, and tactics otherwise divergent from Dr. King or Mahatma Gandhi were equally important to preserving safety and attaining freedom.”

“If we are in true solidarity, we must allow the Palestinian people the same range of opportunity and political possibility. We must recognize the right of an occupied people to defend themselves,” Hill continued. “We must prioritize peace, but we must not romanticize or fetishize it. We must advocate and promote non-violence at every opportunity, but cannot endorse narrow politics of respectability that shames Palestinians for resisting, for refusing to do nothing in the face of state violence and ethnic cleansing.”

Hill concluded by saying that justice requires a “Free Palestine from the River to the Sea.”

According to multiple reports (here, here, and here), the phrase “Free Palestine from the River to the Sea” is a phrase that is commonly used by those who believe that Israel should be eliminated.

CNN's Marc Lamont Hill appears to call for violence against Israel and for the elimination of Israel, says, "Justice requires a free Palestine from the river to the sea."

The phrase "from the river to the sea" is a phrase used by those who believe Israel should be eliminated. pic.twitter.com/26TL205Ylb

Hill has taken a picture with anti-Semite Louis Farrakhan, who once stated that Hitler was “a very great man.”

Reread that and let it swirl around in your brain box or a minute. The man celebrated Hitler, who murdered six million people, as a “great man.”

And this is who Mark Lamont Hill hails as a hero? Despicable.

Unfortunately, this is exactly how much of the left thinks. Hopefully this exposure will wake some folks up to the reality of how dark and twisted liberal ideology really is.