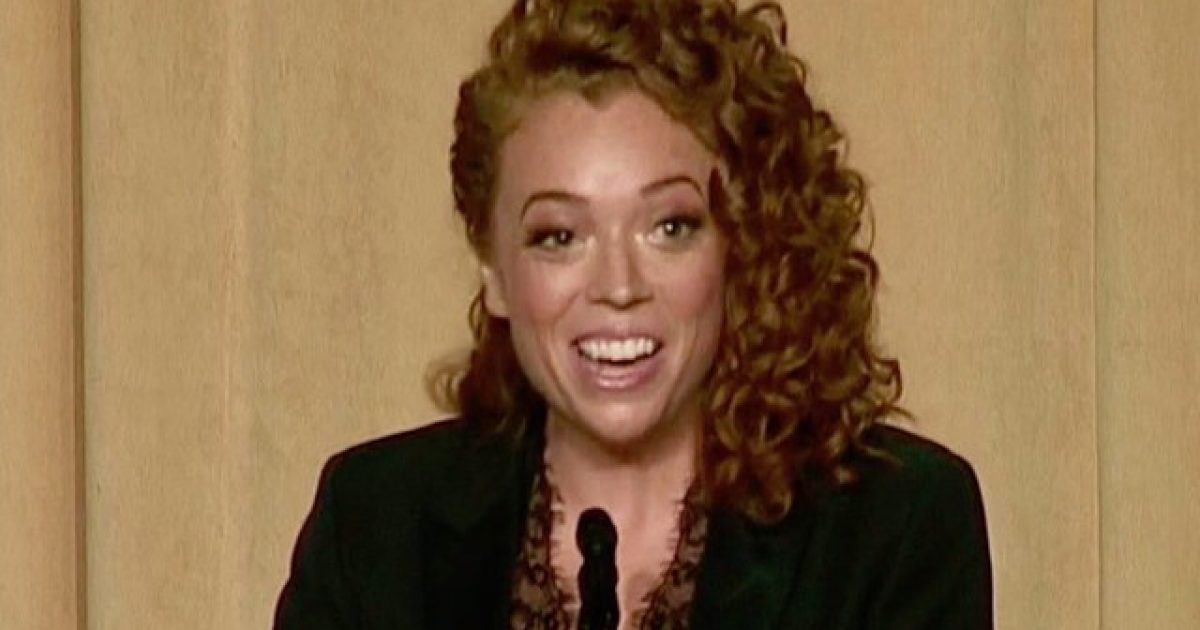 For many, many years, the White House Correspondents’ Association dinner has been hosted by a comedian. This tradition was officially obliterated by the disgusting antics of Michelle Wolf who spent the majority of her time hosting the dinner focused on ruthlessly mocking Press Secretary Sarah Huckabee Sanders.

This upset folks in the Trump administration so much they decided not to have a comedian take up hosting duties, bringing author Ron Chernow in to handle the job.

The announcement prompted Wolf to start blowing off on social media, and now her and President Trump are in a back and forth over the whole thing.

The @whca are cowards. The media is complicit. And I couldn't be prouder. https://t.co/OOIFGuZ731

President Trump, who ripped the event and Wolf’s performance last year, celebrated the WHCA’s announcement and took another swipe at the “so-called comedian” on Tuesday.

“So-called comedian Michelle Wolf bombed so badly last year at the White House Correspondents’ Dinner that this year, for the first time in decades, they will have an author instead of a comedian,” he tweeted. “Good first step in comeback of a dying evening and tradition! Maybe I will go?”

So-called comedian Michelle Wolf bombed so badly last year at the White House Correspondents’ Dinner that this year, for the first time in decades, they will have an author instead of a comedian. Good first step in comeback of a dying evening and tradition! Maybe I will go?

Wolf hit back with a reference to the Jamal Khashoggi murder. “I bet you’d be on my side if I had killed a journalist,” she wrote.

I bet you'd be on my side if I had killed a journalist. #BeBest https://t.co/bZ91Cg0QCr

Perhaps Wolf is forgetting what happened to Kathy Griffin when she decided to cross the line and tried going toe-to-toe with President Trump. Things did not end so well for her and they haven’t really recovered much since then.

It might pay off for the comedian to remember that Trump is a notorious counterpuncher, so if she doesn’t want to get thumped on social media, perhaps she ought to just keep her comments to herself and continue on trying to build some semblance of a career.